My piece in this season’s Money Magazine. 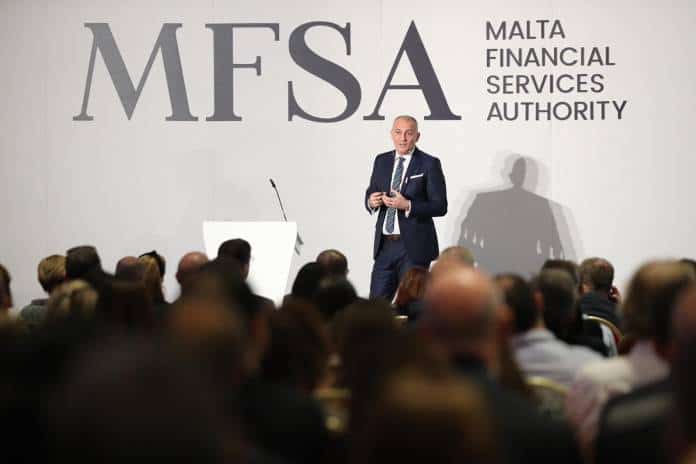 The world is changing. Do not expect the clock to turn back. The global village has come to pass. We will not go back from that. The far-left first rallied against the injustices of the new times as industry was spirited to where exploitation was cheaper. Then the far-right took up that mantle saying they could reverse the trends. Donald Trump told the rust belt their factories and steel mills would be great again. Brexiteers told middle England, Europe would come begging for their products.

Politicians like simple answers to very complex questions. What cannot be squeezed in a slogan on the side of a bus is of no use to them. It takes them too long to explain that the way the world will change will not make it completely unfamiliar.

As we watch these shifts from Malta, we should be wondering how we are to re-invent ourselves to fit and prosper in this new world. In the early 1990s planners anticipated the easier flows of worldwide capital. The offer of what at first was naively branded as “off-shore services” exploited the desire of the wealthy to dodge huge tax bills. We offered to help the rich become richer. We did it smartly, discreetly and efficiently earning a good name for ourselves as a place with more than sun and sand.

It was not a small miracle to rebrand “off-shore” to “near shore” and allow the financial services industry to survive EU accession. It did more than survive it. Malta’s financial services industry positively thrived since 2004. Malta’s USP was the best of both worlds: a low tax jurisdiction with the legal and political comforts of an EU member state.

To coin a phrase, we cultivated a gold-egg laying goose.

Which we proceeded to cook for a lavish goose dinner, served between around 2013 and 2017 when it seemed our good fortunes would have no limits. In our inebriated state of self-congratulation, we ignored the rot eating away at the industry.

This period will be remembered as the phase of oblivious calm before the storm. It included the licensing of Pilatus Bank and Satabank, their shenanigans, and their eventual closure largely after foreign intervention. It will be remembered for the exposure of just how disproportionately weak our law enforcement agencies are in comparison with the billions of euro they are supposed to oversee.

And, add this to the stains on our record, it exposed the ineffectiveness of political appointees placed in crucial positions, doing more harm than good.

This would not be a proper analysis of the state of play in the sector if we didn’t acknowledge the corrective measures that have been put in place since the world realised we were no longer a jurisdiction one could trust. After years of obtuse resistance to change, a host of regulatory measures and legislative changes were adopted in line with recommendations we got from the Council of Europe for our financial sector.

What Moneyval could do was tell us what we needed to change in the rule-books to look serious about fighting financial crime. Adopting new laws is relatively easy. And we did that. We now have a legal and regulatory framework that ticks all the Financial Action Task Force (FATF) boxes. And we now also have a Proceeds of Crime Act that, though missing an effective provision to act on unexplained wealth, at least provides for asset recovery. By the end of the year, we’ll have new rules on suspicious transactions that should help intelligence-gathering some more.

When Moneyval and the FATF examine us on whether we’ve implemented their advice, they’ll find we got busy changing laws.

But that was hardly ever the problem, now was it? Keith Schembri and Konrad Mizzi are not at liberty because they committed crimes our laws had not yet discovered in 2013. No one in the management and boards of Pilatus and Sata was ever charged with any wrongdoing, even though their banks were shuttered by regulatory intervention. But that wasn’t because money-laundering was not a crime in 2014 and 2016. It was.

We just did not have the people to enforce the law, whether because law enforcement agencies were poorly manned, or because the people with the job to man them were too loyal to act against the partisan interests of their bosses. This, after all, is what landed us in this mess.

Moneyval and the FATF can take pity on us and give us another chance, keep us on their white list because of the new laws we’ve written in, and excuse us on the back of our relatively pristine pre-2013 record. We can only hope.

But they’ll need to squeeze their eyes shut to help us out. They’ll need to ignore the fact, for example, that just last November Malta renewed its persecution of two whistle-blowers who broke open the lid on Pilatus Bank and the Electrogas imbroglio. While Joseph Muscat and Keith Schembri drank Ali Sadr Hashemi Nejad’s health at his wedding in 2015 and Konrad Mizzi partied like he was 20, Maria Efimova from within the bank and later Jonathan Ferris from within the financial intelligence agency, risked everything and lost everything to let us know the truth. They’re still being harassed by our institutions for it.

On the other hand, the only chief justice in Malta’s history to have also been a political candidate for the Labour Party has been brought in to assess whether the CEO of the financial services regulator, the MFSA, breached ethics allowing the owner of a business he regulated to fly him and two lady friends of theirs on an all-expenses-paid jaunt to Las Vegas.

Joe Cuschieri sits on the supervisory board of the European Central Bank. He was supposed to be the main interlocutor with Moneyval and the FATF persuading them that we haven’t just improved our laws, we also have serious people intending to enforce those laws, starting with him. But now he’s suspended from duty over an egregious case of collusion with a regulated licensee, who incidentally is not just any regulated licensee. He is Yorgen Fenech, since charged with killing Daphne Caruana Galizia of whom Maria Efimova and Jonathan Ferris were significant sources.

No one looks forward to grey-listing by the FATF. We risk facing shrinking foreign investment, expensive deficits as the government struggles to borrow money, hushed silences at the World Bank or the International Monetary Fund if we ever needed their money, a spiralling trade deficit and an accumulated boycott from the international community. The worst-hit will be just the services and businesses that made this country what it has become: banking, asset management and financial services.

Let’s pray we sail past this Charybdis and continue to float on the white list. But it is depressing to realise that we had the far less than white Joe Cuschieri speaking for us until he had to quit halfway through this gauntlet, bashed by the exposure of the truth.

It may be the most expensive lesson we’ve ever had to learn in our modern history, but we might find out soon, to our greatest regret, that when a bunch of politicians make a mess of things, they’re the last people to be trusted with cleaning it up. Or that a nicely roasted goose cannot lay eggs, even golden ones.

Previous:GUEST POST: “Because Joseph can bring about the change we need”
Next:MFSA appoints associate of lawyers for Pilatus directors to administer their bank