PODCAST: What’s showing on the back of the cave

Austria, Bulgaria, Denmark, Germany, Greece, Hungary, Latvia, Lithuania, Portugal and the UK rule out parties owning TV stations as part of their legal framework. Hungary’s motivations may be suspect. But some of the countries in that list are exemplary democracies with a vibrant multi-party-political system.

Malta’s model of a media landscape dominated by political parties does not exist anywhere else in the Council of Europe area. Therefore though many European countries recognise that political parties may have the right to own TV stations, all of them think they shouldn’t.

There is historical experience in the Maltese context to justify political ownership of TV stations. When the state enjoyed a monopoly on the airwaves here, the PN opposition was excised out of existence. It needed to defy the law and broadcast illegally just to make its voice heard. This context from 30 years ago gave rise to political TV stations that to begin with where a form of liberation.

Both arguments were made by parties responding to Times of Malta questions after Lovin Malta announced a court case that might bring down political stations.

The Labour Party’s argument rests on ‘freedom of speech’. They have a right to broadcast, therefore they will do so.

The PN’s argument – made by Francis Zammit Dimech – rests on an update on the historical argument. He complains that public broadcasting is imbalanced now, as it was in 1984, and the PN opposition would not have means to make the public aware of what it is saying if its TV station was taken away from it. 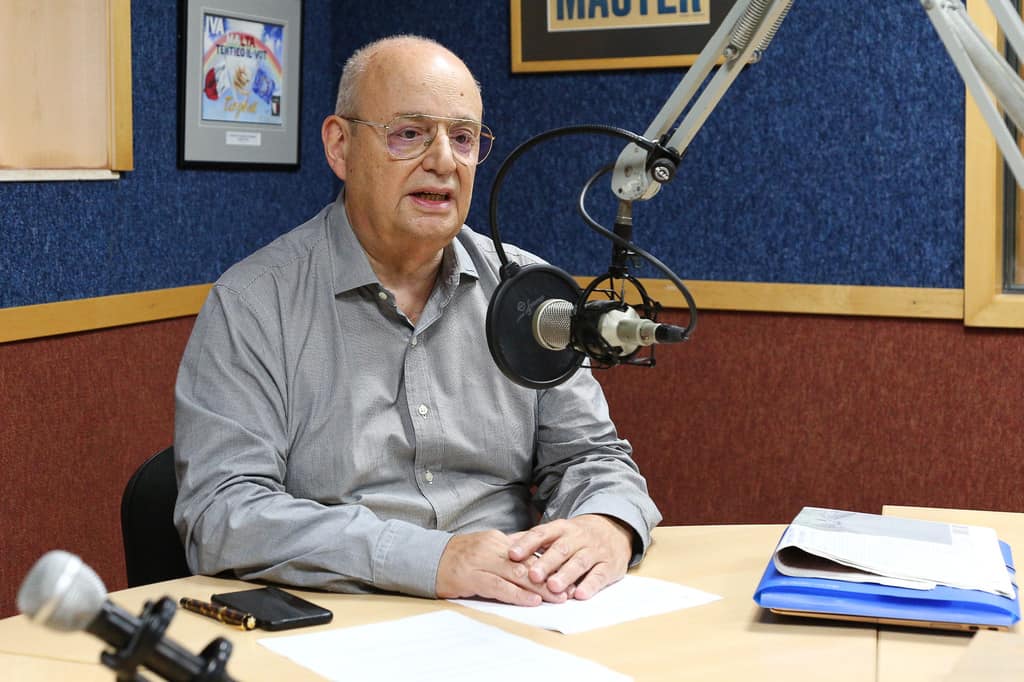 Both arguments are sound, but flawed.

Firstly, all the indignation on Lovin Malta’s court case is out of place. Lovin Malta is seeking a court decision, not exercising some power it has to enforce its will on others. This is not like Parliament debating a law that would shutter down someone’s TV license, or the government issuing some order to put locks on their doors. If there’s a constitutional challenge being made, a court will be asked to decide if the laws that allow political stations to operate are in and of themselves illegal and a court will only do so after hearing all arguments for and against.

Let’s start with obvious examples. A TV station is protected by free speech but that does not mean that it can carry advertising that tell you that cigarettes are good for children. That is why we have laws that ban advertising that lies. We have a regulatory body that monitors the content of TV stations. And we have fines for breaches of these rules.

The logic here is that TV is a powerful thing and it should be regulated to protect viewers from the abuse of the owners of the station.

We also have laws about information. TV stations are free to provide news without interference but they are required – by the Constitution, no less – to be balanced, and impartial on matters of political controversy.

Now anyone who in the last 30 years has stumbled on One or Net for 5 minutes knows this never happens. How do they get away with it? Why don’t regulators interfere and fine them. Because the law that regulates broadcasting tells the regulator not to look at TV stations individually but to look at the entire media landscape as a whole. If One TV and Net TV balance each other out, the regulator is meant to take that as satisfying the need of ‘balance’ required by the constitution.

In practice that’s bullshit. Two lies do not synthesise in a truth. They synthesise in confusion, a flummoxed and uninformed public. We end up ever further away from what the Constitution wants to achieve: informed and educated citizens that can take proper decisions in the interests of the country. Because democracy makes citizens the boss, and we’re all better off if the boss knows what they’re doing.

Lovin Malta may be going to court to argue that the way the broadcasting law allows parties to use their stations to paint the world in the colour that suits them without any form of oversight is unconstitutional.

If a court were to agree, the consequence would not be a legal ban on parties owning stations. It would be a ban on their deregulated propaganda masquerading as news. They’ll have rules to follow like every other TV station in Europe. They will not be prevented from commenting, from allowing their bias to come across, from having an editorial line. But they would be required to give the other side of the story, to distinguish fact from comment and to be loyal to the truth.

The issue here is that if political parties are forced to be truthful on the TV stations they own, there may no longer be a point in them owning TV stations at all.

I do not underestimate Francis Zammit Dimech’s concerns about the state-controlled bias of the public broadcaster. I do not underestimate what disservice to the functioning of our democracy the capture of TVM provides. Listen to my earlier podcast on the subject to hear about why I think this is a very serious problem.

Here are reasons they shouldn’t.

One. Journalists are expected to challenge the power structures in a democracy, ask inconvenient questions of them, and get to the bottom of truth. Whoever employs them creates a blind spot, and admittedly someone has to own a medium, which means that no answer to the question of independence is without blemish. But surely political parties, parliamentarians and governments are an obvious subject matter for the news.

Two. Political parties have consistently used their media to enforce their authority, using cameras to intimidate and persecute dissenters and to silence critics. Any freedom, including the freedom of speech, does not extend to its use as a tool to suppress other people’s freedoms. Political parties lose their claim to entitlement to speak freely when they use the tools of free speech to ensure those who disagree with them are silenced.

Three. Political parties use their media to by-pass party-financing laws that are vital for free and fair elections. They accept payments from donors which would otherwise be forbidden unless they are maliciously declared as advertising revenue. This dependence is at the very heart of the corrupt relationship between political parties and moneyed elites.

Four. Political parties are suffocating the broadcasting market by operating TV stations in spite, rather than because, of the commercial case that justifies them. They operate loss-making ventures because they return a yield in popular mobilisation and support rather than profits, preventing commercial ventures from stepping into the market and giving viewers true choice.

Five. Political parties are not all there is in our society and yet, if you were to measure our national reality by the TV broadcasting landscape you’d be forgiven to think there just isn’t anything else. News is made up of politicians saying, doing, going and coming. There are no opinions outside of theirs and the world, as seen through the reporting on politically-owned TV news, is made up of the party and those aligned against it. This is unhealthy. It is akin to the siege mentality of the news reports on the TV stations of tyrannies. We make fun of Pyongyang TV’s hyperbole and Kim-worshipping. It’s not better if within a square mile Malta has two TV stations with two hero-worshipped demigods instead of North Korea’s one. 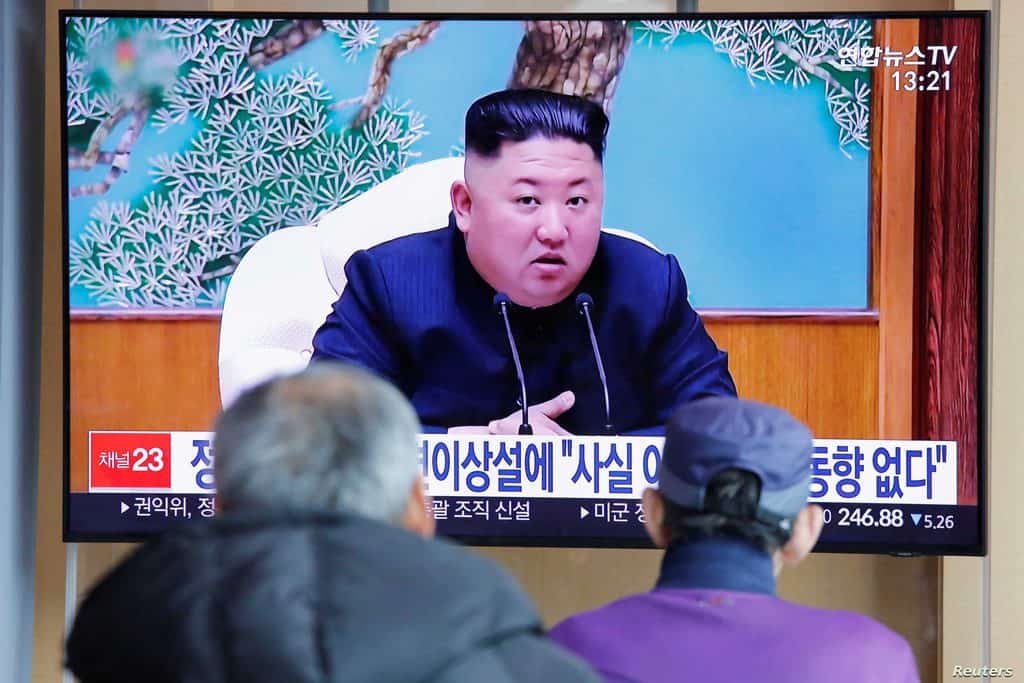 Are any of these five reasons legal or constitutional grounds that should prevent political parties from owning TV stations? Probably not. But they are certainly sufficient political reasons that should lead to political parties that are committed to democracy to find a way out of the current disaster, to take a step back and to allow for new and fair ways for political discourse to happen in this country that are perhaps less effective at mobilising flag-waving fanatics but better at informing, educating and empowering citizens to truly exercise their freedom of choice.

Political parties said this morning that if we do not like One or Net we are all free to turn them off. They should not be too surprised to learn that many of us do. But if we want to understand what happens in this country, if we want to hear balanced but plural and contrasting views about the options ahead of us, if we want to see investigations into inappropriate conduct by people in power, we can’t get any of that from our TVs.

For many of us that doesn’t matter too much. We find other ways and other media to learn, inform ourselves, think, debate and decide. But too many in this country depend on local TV stations for their view of the world. It is the only reality they know, like the reflections on the back of Plato’s cave.

And political parties are happy with what the back of Plato’s cave is showing on prime time tonight. Because the people watching will vote for them again and again no matter what.