When the state is absent 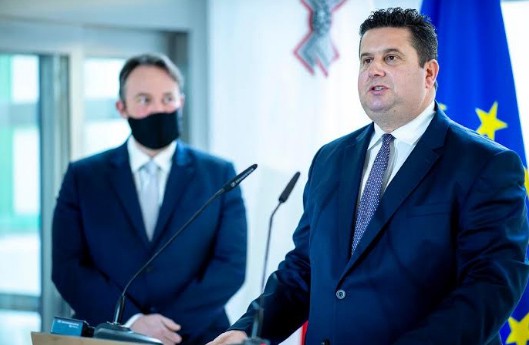 The Daphne Caruana Galizia inquiry has almost completed the phase of hearing witnesses in open court. There’s one or perhaps a few more witnesses to hear and that’s it. There’s some of the evidence which is being heard in the criminal proceedings that is expected to go the inquiry’s way. And some other related evidence that may not be not so relevant in the criminal proceedings but very relevant to the inquiry.

Then the inquiry board will also consider views put forward to it before they draw their own conclusions. That’s not evidence as such. It’s more insight and opinions that tell the board what someone might think their conclusions should be.

The most obvious source of this will be the victim’s family. At this morning’s session lawyers for the Caruana Galizia family – Therese Comodini Cachia and Jason Azzopardi – gave the board an idea of how many more weeks they will need to put together their arguments. Not many.

Then the inquiry board mentioned the fact that Repubblika asked to be allowed to file its own submissions. The inquiry allowed that to happen and said anyone else who might have thoughts about the subject is welcome to file their own remarks.

Chris Soler said today that since the state was given the status of an ‘observer’ in the inquiry, the state would file no submissions to it.

Firstly the judges pointed out the invitation for submissions was open to anyone because this had been a public inquiry. Repubblika was not a “party” to the inquiry but their submissions would be accepted, as anyone else’s would be. Why does the State Advocate expect to have been given the right to grill witnesses before he exercises the right of making written submissions?

Secondly the evidence the inquiry heard over the past year and the terms of reference of the inquiry ask very serious questions from the state. Why won’t the state provide answers? Let me guess. The state fully expects the inquiry to have at least some critical findings into the conduct of the state, whatever they might say about it to justify themselves. Because the state has heard the same evidence all of us heard. They would rather reply to the inquiry after it’s said its last words in its concluding report than to say anything the inquiry conclusions might contradict.

That way they might spin away whatever the inquiry decides, a bit like Simon Mercieca concluded yesterday that the evidence heard in court “confirmed Yorgen Fenech never wanted to run away”. Expect the government to say the inquiry findings are a feather in their cap like your average Standard & Poor’s credit rating.

The third point comes from the second. The state is treating the inquiry with contempt. In refusing to submit arguments to the inquiry, the state is behaving as if the inquiry was something outside of it and beneath it.

Chris Soler’s submissions, if he were to live up to his job and file any, would not be about what Joseph Muscat did right and what Robert Abela did better. The inquiry asks more than that from the state. It is concerned with the conduct of agencies of the state that ought to be outside the control of government: what did the police do? And prosecutors? And magistrates? And regulators? And so on.

Unlike almost all other agencies, it has asked tough questions from people who would rather not have had to answer them. It has heard Daphne Caruana Galizia’s family, colleagues and friends. It has acted outside the control of Joseph Muscat and by the mere fact that it is still in business way beyond the unilateral deadline imposed on it by the prime minister, it is acting outside the control of Robert Abela.

Which is more than can be said of Chris Soler.

Repubblika submitted its views to the inquiry today. But ir-Repubblika ta’ Malta said it could not be bothered. When the state is absent, the mafia steps in. That’s how they like it.

Previous:Repubblika files submissions to Daphne inquiry board
Next:RIGHT OF REPLY: The Gozo Curia writes in