On a WhatsApp group chat of Labour Party loyalists, Chris Cardona posted this image this morning. It’s not just that it’s Simon Busuttil birthday today. It’s that some time this afternoon, it would seem, Simon Busuttil’s “empty” boxes of evidence filed in 2017, will be kick-starting the prosecution of a criminal gang that took possession of our country. 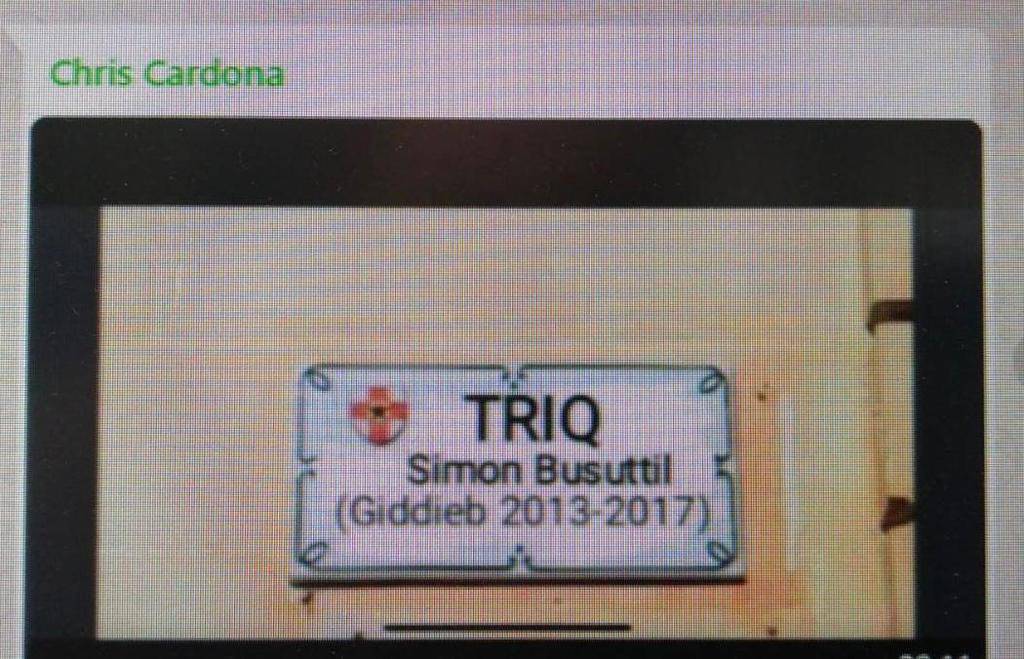 Sure, Chris Cardona. This is why the police are finally acting on Keith Schembri. Because Simon Busuttil is a liar.

Does this work with anyone anymore? Perhaps. But Chris Cardona will be pleased to know that not everyone he believes to be a loyal supporter is still convinced corruption is the figment of the imagination of Nazzjonalisti indannati.

Previous:Remember the innocent victims of the mafia
Next:Where streets have names