The doctors were speaking in a statement by the association of anaesthesiologists in a statement backed by emergency physicians, surgeons, psychiatrists, ophthalmologists, radiologists, family doctors, gynaecologists, pathologists, paediatricians and practitioners of public health medicine.

The doctors said that “so far, the situation has been contained thanks to the extraordinary hard work and effort that was put in by the anaesthetists and the nurses working in intensive care. This has invariably resulted in burnout throughout all grades; in spite of this, our anaesthetists have persevered and kept stretching themselves across the whole hospital, constantly saving lives. In spite of this, they have maintained the service of providing anaesthesia for emergency and cancer surgery.”

But in a dramatic declaration, the doctors said that “sadly, the time has come to declare that even this has now become unsustainable.”

“The next unfortunate step that will follow is that resources for intensive care will become completely exhausted in a matter of days, if not hours. The age of the patients being admitted to intensive care is getting younger and younger.”

Doctors are “strongly urging the authorities to avoid a situation where intensive care resources won’t be available for all those who need it. The number of fatalities in this scenario would be exponential. This is what has happened to our neighbouring countries last March when the world wasn’t prepared for the virus. One year on, we seem to be losing the battle now: truly unfortunate, as by now we should have been wiser and more prepared.”

The government has so far not reacted. 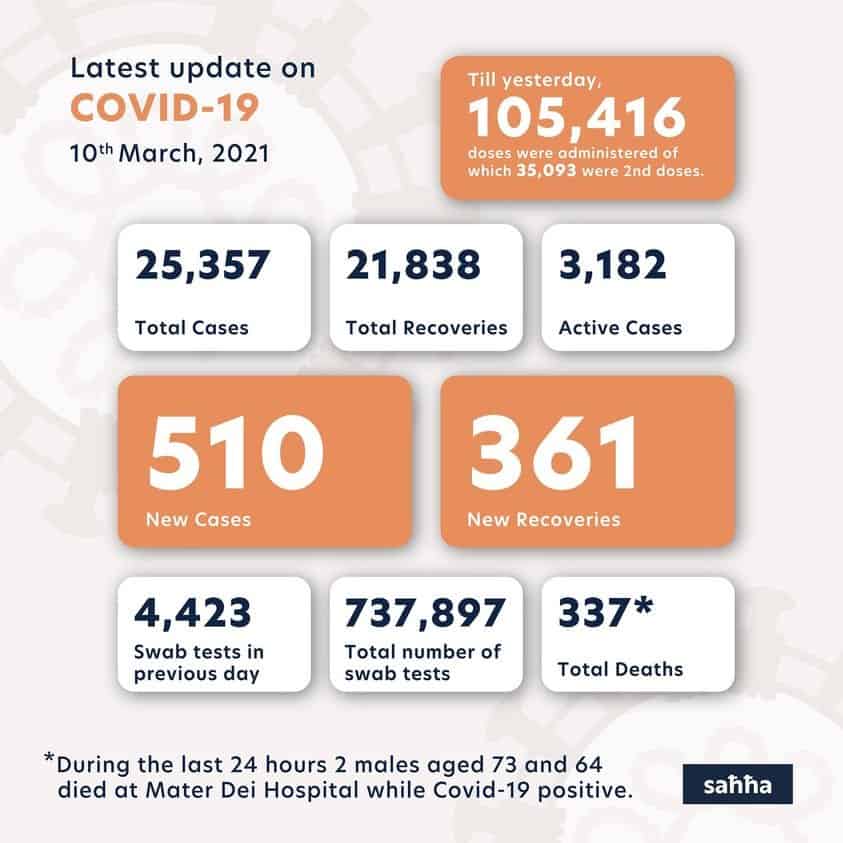