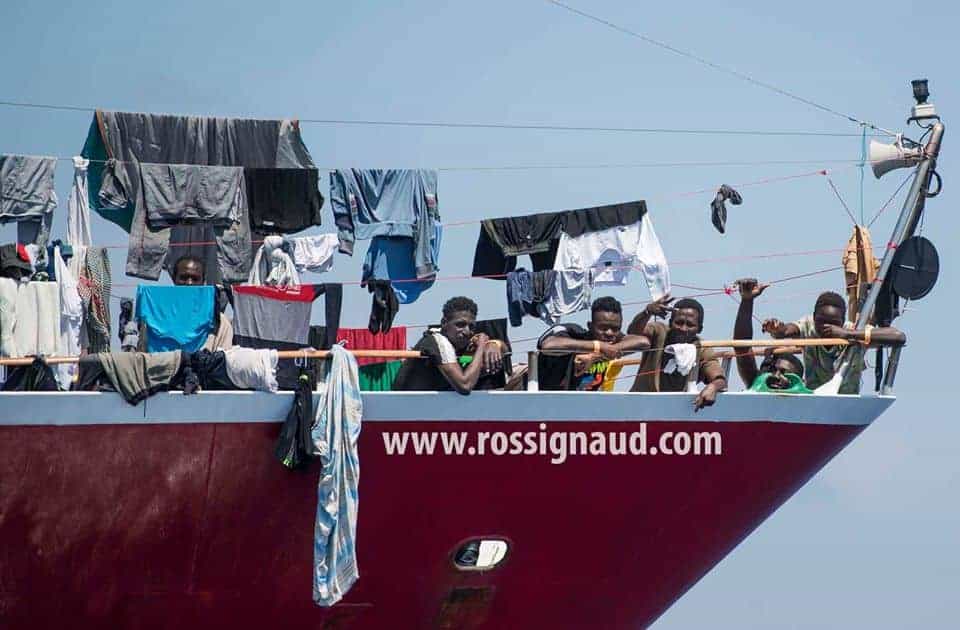 A Home Ministry spokesperson confirmed to this website today that the government has abandoned plans to hire a ship on which to detain migrants rescued in Malta’s search and rescue area outside territorial waters instead of bringing rescued people ashore.

Plans for an off-shore prison-ship were firmed up last July when the government published a call for expressions of interest for ship owners to lease a prison ship. The call was published after the government had to allow pleasure cruise boats that had been holding migrants out at sea to come into harbour.

The ‘Captain Morgan solution’ floundered when bad weather and horrendous conditions on board led crew members to refuse to continue working. 425 migrants were brought ashore on 6 June 2020.

Three days later the European Commission contradicted the government’s claim that the Malta could use EU money to pay Captain Morgan and Supreme Travel for the vessels used to detain migrants at sea. A Commission spokesman said at the time that “while EU migration funding can finance the provision of such supplies to the persons on board a vessel, all legal conditions must be met.” The statement implied that the EU Commission considered off-shore detention as illegal.

The Council of Europe’s Commissioner for Human Rights Dunja Mijatovic criticised off-shore detention saying it “appeared to exceed what was needed for quarantine reasons” and created a “lack of access for legal and other assistance providers and the possibility that this might be used to prevent persons from making asylum claims.”

The government looked like it was ignoring this criticism and proceeded to procure a dedicated prison ship claiming in its call for expression of interest that the prison would be paid for from EU funds. Fourteen companies made offers for prices ranging from €12,000 to €150,000 per day.

After publishing the list of interested parties last August, the government was due to select one bidder for a negotiated procedure but no news emerged for a while.

Replying to my questions today, after 13 days of email exchanges, Rebecca Buttigieg, spokesperson for the Home Minister Byron Camilleri, said that “since the influx of migrants subsided, the contract was not awarded. Since no contract was made,” she said, “no funds were spent.”