Impressions of that debate 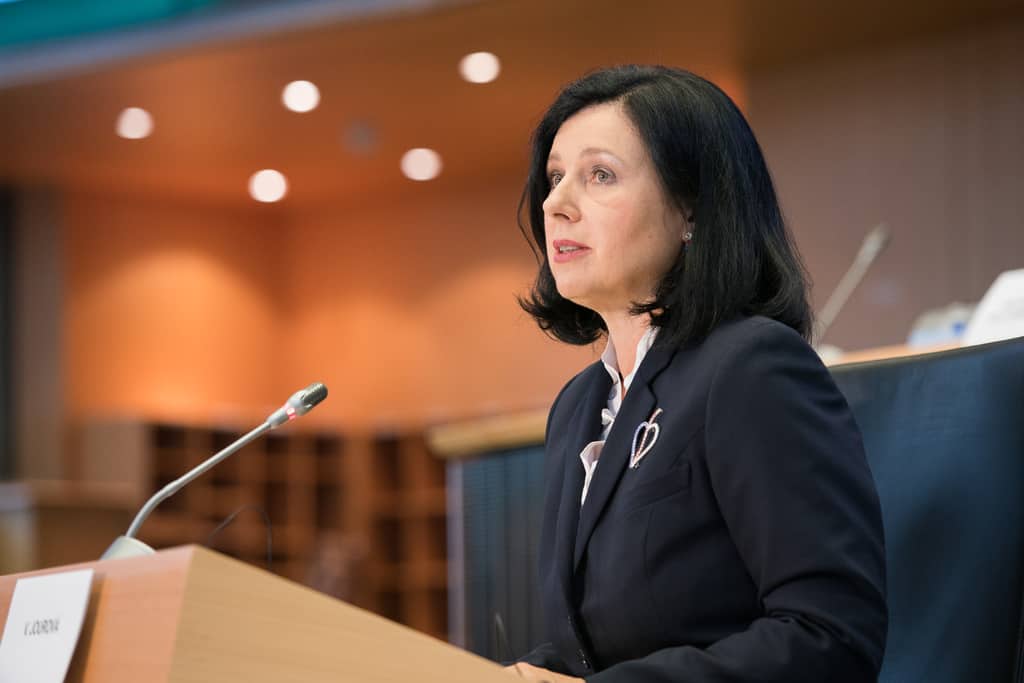 If you don’t feel shame watching MEPs queue in single file to indict Malta for supporting a government with blood on its hands, you have lost all residual belonging to this country. I’m not necessarily criticising you. I’m just telling you I haven’t caught up with you yet.

I do not wonder what the people smearing the blood on the government feel. I don’t have to. I see it in Alfred Sant and the other half-arsed MEPs elected on the ticket of the Labour Party including that disgraceful harridan fishwife Alex Agius Saliba.

And I see it on Robert Abela who looks like he’s trying to bump tourism figures by inviting a delegation from the European Parliament to experience first-hand the paradise that Malta has become.

There was a lot of “the right” pointing fingers at “the left” during today’s debate. There’s a subtext to that. The European People’s Party (of which the PN is a member) has as of late shed the burden of carrying the anti-democratic Fidesz of the Hungarian Viktor Orban. So now they feel liberated and licensed to challenge the European Socialists and Democrats (of which the PL is a member) to ditch the party of Joseph Muscat and Robert Abela.

And then there’s another level of smugness. You get far-right full-effect fascists in all but name gleefully taking the floor to point out that populism, corruption, suppression of fundamental freedoms and threats to journalists and civil society are, after all, not their monopoly. In Malta, these crimes are perpetrated habitually by “the left”.

Except of course the PL is not “the left” at all. Nothing in its slavish association with organised crime and corrupt business elites and its subservience to the ecological violation of what is left of the country recalls any of the policies and attitudes of the left. And nothing in its attitude to basic freedoms of speech and of association has anything to do with the core anti-fascist consensus of moderate European politics.

This is why, once again, as with several other debates of the European Parliament that convened to discuss the situation in Malta, the MEPs elected from Malta on the PL ticket stood alone without any shred of support from anyone else in the chamber, whether they belong to their European party or stand in competition with it.

As is their wont, the European Commission gave One TV enough quotes to sound like they are encouraging the Maltese government for the “steps in the right direction” it has taken by adopting at law reforms that have so far not yet even been implemented.

But Commissioner Vera Jourova sent important and critical signals to Malta’s authorities that they can proceed to happily ignore by watching One TV tonight. Twice in her introduction she called upon a proper engagement of the Maltese government with civil society.

Her first remark was especially poignant. She referred to the Daphne Caruana Galizia inquiry and how this provided an important opportunity for Maltese civil society to engage in a constructive dialogue about politics in Malta. Apart, obviously, from Daphne Caruana Galizia’s family who have a direct standing in the inquiry, so far Repubblika is the only other civil society grouping to have made direct and public representations at the Daphne inquiry.

And for having done so, the Commissioner for Voluntary Organisations has written to Repubblika announcing he would shut it down for acting as a political party.

Commissioner Jourova’s comments about the participation of civil society at and around the Daphne inquiry are a message the Commissioner for Voluntary Organisations and Prime Minister Robert Abela would do well not to ignore.

Nor indeed Vera Jourova’s umpteenth warning that Malta must continue with its program of reforms and it must do so with full engagement of and dialogue with civil society. They have refused to do so in any material sense so far.

Alfred Sant and his colleagues from Malta’s PL had only one real message to the European Parliament. They should not be speaking about Malta. They should not be challenging the Maltese authorities to give account of themselves. They should not question how a European government could live down mounting evidence of involvement in the murder of a journalist and the cover up of the stories she investigated.

Cyrus Engerer at one point said that “we are finding the truth thanks to Malta’s institutions”. He should speak for himself. The truth he is only just discovering is old news on Daphne’s blog and on the news reports of people who followed up on her work after she was killed. Cyrus Engerer and the others are only learning of the truth because to their dismay, after so long, some courageous people working in Malta’s institutions are managing to overcome the stagnation, the toxic environments, the threats and the intimidation that held them back for so long.

At her conclusion Vera Jourova smiled and thought of all the times she read of more revelations emerging in Malta confirming that Daphne had, again and again and again, been proven right. That’s the only truth that is still emerging. The truth that for many of us so far has been an act of wide-eyed and rational faith based on the experience of the rigour of Daphne’s work: the truth that Daphne was right.

The excuse that a discussion on the political implications, accountability and responsibility held in parallel with the judicial process in courts is old hat, and yet they keep using it in the hope that their own ignorance proves matched by the level of intelligence of their audience.

Owen Bonnici and Peter Grech tried that card on the Council of Europe, telling them that the Daphne inquiry should not be convened before the criminal processes are concluded. Now Alfred Sant et alia go to the European Parliament to tell them that a resolution about the state of political affairs in Malta is “insensitive” and “risks helping the indicted” and amounts to “prejudice of the judicial process”.

They speak to people in Strasbourg and Brussels as if Malta was the only country in the world with independent judicial processes and the rest of the world needs to learn from Malta how the separation of powers should work. But the rest of Europe has discovered judicial processes by now. And they see Malta’s government’s excuse for what it is: a plea to postpone indefinitely any political accountability for a government’s deep involvement in corruption, violent crime and bloody murder.

Cyrus Engerer projected on the entire chamber what concerns him most. He accused the rest of Europe of wanting to discuss the state of play in Malta because they want to score points at the expense of the PL ahead of the coming general election. With two possible exceptions in that room, the rest of the European Parliament couldn’t give a flying fiddle for the general election in Malta.

It is Cyrus Engerer and the others who insist the European Parliament does not discuss Malta for fear it may cost the PL votes at the next general election.

But there’s a subtext to this. Whatever games politicians play, it remains to be seen whether what many MEPs rhetorically said today that Maltese people thirst for justice is at all true. I know I do. And I guess you probably do too since you’re still reading this. But it will be quite a day when that desire truly becomes a reason for an election to be decided one way or the other.