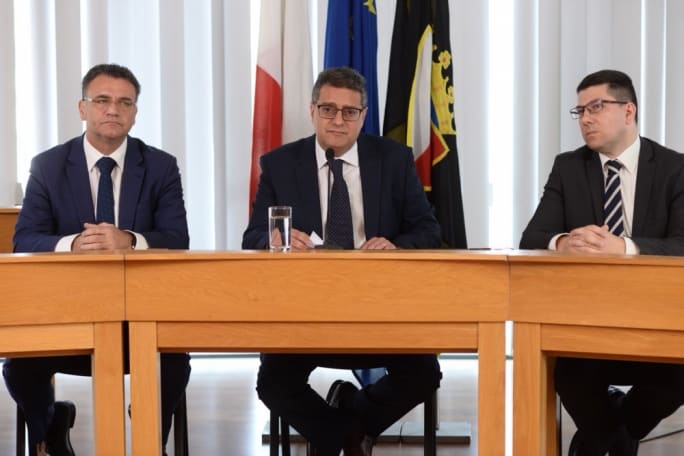 Look at this. Some politicians are trying to understand the direction in which the crowd is running so they can chase it, stand before it and lead it.

I called out Jeffrey Pullicino Orlando later for realising only today that Keith Schembri was up to no good. He had the benefit of Daphne Caruana Galizia’s reporting, the documents published by the ICIJ, the evidence presented in court by Simon Busuttil, the killing of Daphne Caruana Galizia, the reporting by Times of Malta and other journalists, the reporting in the international press, the determination of protesters in the street and he took up none of those opportunities to understand what was right and what was wrong. Not only that, but he participated in the persecution of those who dared to challenge the hegemony of Joseph Muscat, policed by his right hand man Keith Schembri.

Jeffrey Pullicino Orlando has the excuse that he’s a latter-day Laburist and loyalty to party and to Kink Joseph the Great blinded him to the reality that is dawning on him now.

What’s your excuse David Agius? You marched in the street when Daphne broke her stories. You went ballistic on your social media when the ICIJ confirmed the information. You rushed around Simon Busuttil’s ankles like a lap dog showing both a poor understanding of what your party boss was doing and a bursting enthusiasm for it.

And then, just because you thought it would help prolong your miserable and pointless political life, you sat at a TV press conference calling for Simon Busuttil’s resignation from the parliamentary group. You sat silently in the room as your new leader Adrian Delia asked your old leader Simon Busuttil to resign for having done what you had supported so vehemently just months before. You stuck by Adrian Delia as he dismantled the PN’s policy and its ability to fight corruption. You stood by while the country lost the option of an alternative to Labour’s domination of the power structures of this country.

And now you step on the Facebook for applause because “I was so right”? When where you right? When you thought Simon Busuttil was right to call Keith Schembri ‘korrott’ or when you held the platter for Simon Busuttil’s head to fall into while Adrian Delia wielded his blunt scythe?

Jeffrey Pullicino Orlando may be a waste of space. But you’re worse. Because when it was your job to resist Joseph Muscat’s hegemony you didn’t just stay silent. You undermined those of us who took to the streets suspending our life to resist Keith Schembri’s corruption when you wouldn’t.

The box files weren’t vojta, I grant you that. But you are. 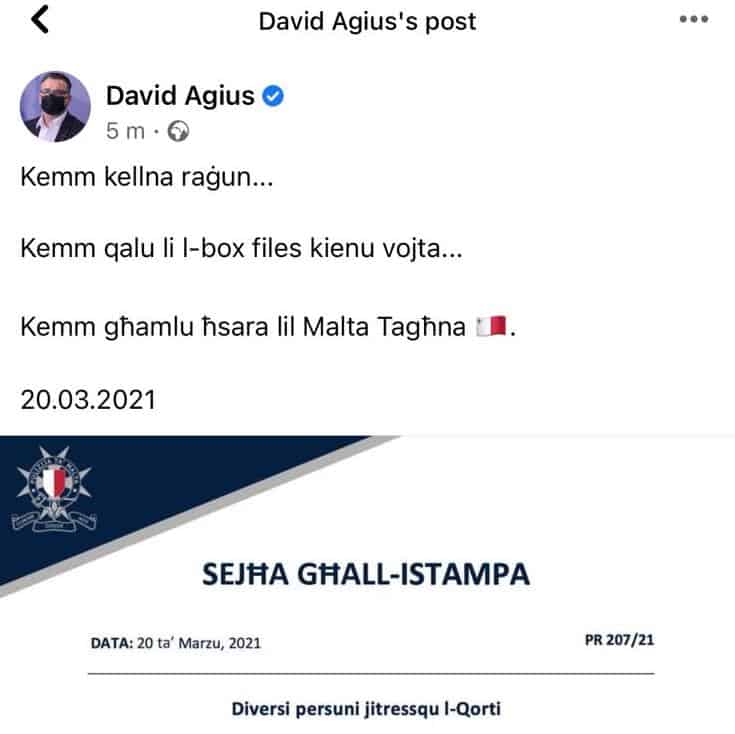