Next, the Panama Papers 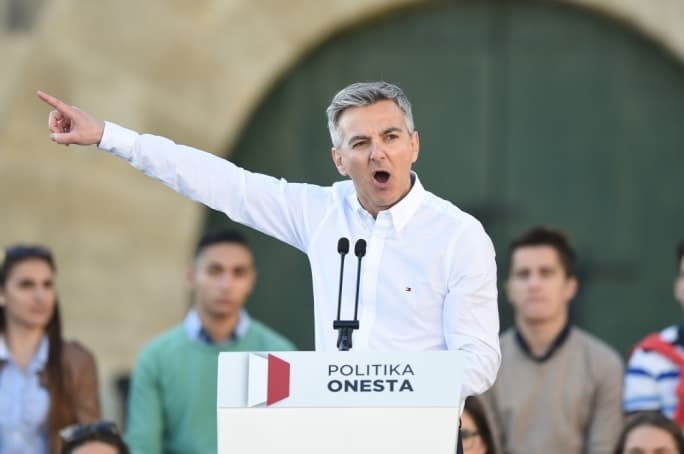 Rightly, there was a lot of talk yesterday about Simon Busuttil being proved right. Of course, he was. I’m rather bothered right now about the people proven wrong.

I’m thinking right now of Giovanni Grixti. The Criminal Court judge blocked another inquiry that Simon Busuttil requested and Magistrate Ian Farrugia accepted should be launched saying that for an inquiry to start a complaint from the private citizen needs to have proven that the crime has occurred, not “merely speculate” that it has.

That was so wrong. Simon Busuttil and, separately, Repubblika, defied that notion and filed requests for a Panama Papers inquiry afresh. Magistrates defied Giovanni Grixti’s ruling and went ahead and ordered inquiries opened.

At one point Konrad Mizzi tried another way of blocking the inquiry taking a Repubblika request for an inquiry into the hospitals scandal to the Constitutional Court. Soon, however, that looked hopeless even to him and he withdrew the complaint. The inquiry is ongoing.

What does this mean? It means that yesterday at last a legal experiment devised by Jason Azzopardi proved his theory correct. This is the first time that a tool in the law to allow for criminal inquiries to start after a citizen’s initiative has led to a criminal prosecution.

This answers a question asked by perplexed citizens since 2016. What happens when the institutions ignore the law being flouted in front of their eyes? What can one do when mafia policemen use FIAU reports to wipe their butts? How can we push things when Edward Scicluna defends the criminals instead of his own investigators by accusing his own staff of writing reports intended to be leaked?

There was an unused provision in the law that allowed private citizens to do something the police normally do: get a magistrate to open a criminal inquiry. That provision meant that the government could no longer prevent criminal action against its cronies simply by controlling the police. If a magistrate of conscience was willing to, a citizen’s complaint could be enough to get them going.

We never knew for sure it would work. Giovanni Grixti, in his robes, ruled that it shouldn’t. And yet, to his utter surprise, Keith Schembri found himself yesterday in the dock.

He called it the revenge against him of a bitter Nationalist establishment. But it wasn’t, was it? Simon Busuttil may have been the Leader of the Opposition at the time, but he used a vehicle in the law available to you and your neighbour. Repubblika may, as they say, be a club of Nazzjonalisti indannati. But they used no special privileges to start these inquiries. They used a vessel in the law available to anyone.

This was the response of citizens against the establishment that Joseph Muscat set up.

And there are several outstanding questions we have asked making their way through the very slow machinations of part-time magistrates.

Next, the Panama Papers.