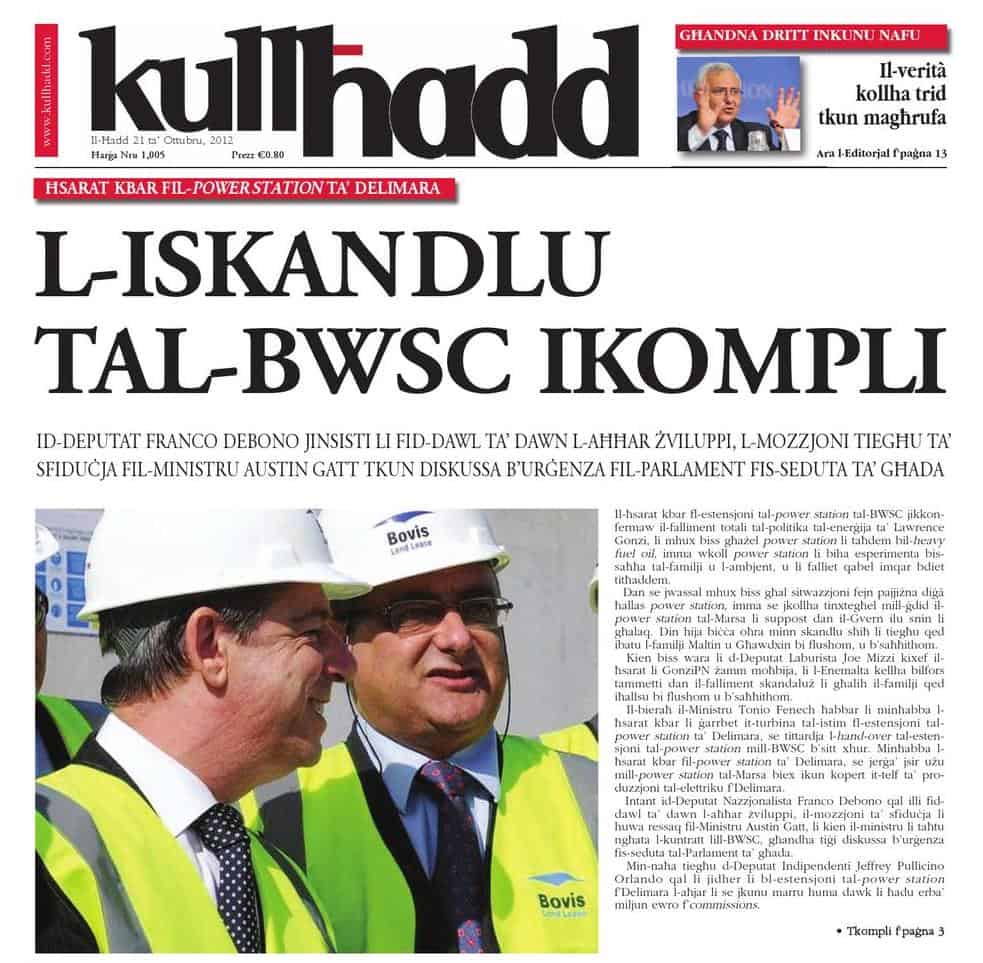 Do you remember the BWSC “scandal”? Do you remember accusations of corruption? I worked at the Ministry responsible for Enemalta at the time. I headed Austin Gatt’s personal staff. I was at meetings with Enemalta officials when the decision to purchase a new plant was taken. And then, as always happened at the time, the decisions on what the plant needed to look like, who it was going to be purchased from and how much they were going to be paid never got back to the Ministry before they were finally taken by the experts.

The Enemalta officials and experts chose the provider without any form of intervention or intrusion from anyone.

The Commission Against Corruption published a report that says it didn’t find anything whatsoever to suggest any pressure may have been applied. They interviewed all Enemalta officials concerned and all of them in chorus defended on technical and financial grounds the decisions they had taken unanimously and autonomously in 2010.

Corruption wasn’t invented in 2013 but any false equivalences with what happened before 2013 only serve the corrupt purpose of mitigating, even excusing Joseph Muscat’s regime.

It took 12 years to finish a report that concluded that Joseph Muscat’s allegations in 2010 were malicious lies. That’s a ridiculous amount of time.

Previous:TIMES OF MALTA: PM, we will not be silenced
Next:Who’s the partisan lackey now?