Off. Then on again. 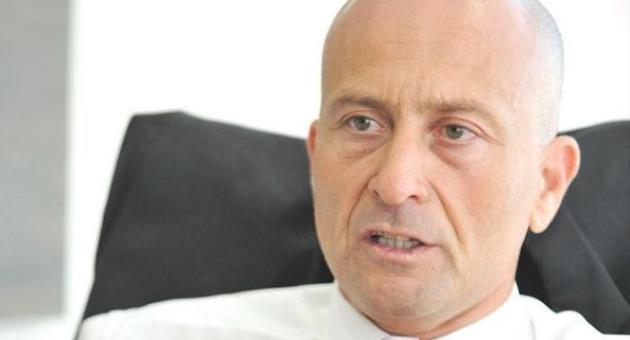 From testimony heard in court this morning we learnt that after his arrest earlier this month, Brian Tonna was stripped of his warrant to practice his profession as an accountant. The warrant is governed by the accountancy board. The board is appointed by the government.

The fact that with all that was in the public domain since 2016, Brian Tonna was still a warranted professional is a horror in itself. The excuse was always the same. All that had been heard about Brian Tonna amounted to mere allegations. For as long as no policeman would actually put handcuffs on him and drag him in front of a court, they’d remain allegations.

That has now happened. Add of course the man’s eligibility to a fair hearing and all these matters remain allegations until they are proven in a court of law.

But the allegations are serious. They were serious and credible when Daphne Caruana Galizia first published them. But until a few days ago the accountancy board did not take these serious allegations seriously. It chose not to.

Unless the accountancy board was perfectly happy to bring an entire profession in disrepute because of him, they should have suspended Brian Tonna’s warrant in 2016 when the Willerby documents spewed out of Daphne Caruana Galizia’s reporting like thick blood out of a cracked head.

He should have remained suspended until he could clear his name and explain the mounting evidence against him that was already in the public domain. Although he is innocent until proven guilty, having seen those documents like everybody else, I cannot begin to imagine how Brian Tonna can ever manage that in unrigged criminal proceedings.

The accountancy board then, chose to bring the entire profession in disrepute because of him. They brought his clients and the clients of the profession in disrepute. An entire country is now suspected by the rest of the world to be like Brian Tonna, a bunch of money grabbing crooks, oblivious of the harm they cause, laid back as he was, spread-eagled in court last Saturday waiting for a decision on whether he would be remanded in custody while his daughters fawned on him like attendants of a pasha.

We heard today that upon his arrest in early March, the accountancy board decided it was time to take his warrant away. It wasn’t that they saw any more evidence or that they had fresh cause to believe what had already been reported about Brian Tonna. It just that now the police arrested him the accountancy board chose to act on what they had already known for years.

And then, three days later, when they realised that Brian Tonna had been released and not charged they gave him his warrant back again.

Our institutions working? Surely, you must be joking. If our institutions did their job they would be assuring us that they were doing their utmost to ensure that the accountants we trust subscribed to a basic level of ethical and professional conduct. Our institutions had the job to warn us, officially and formally, that someone like Brian Tonna was not to be trusted as an accountant.

We expect the medical board to suspend the medical license of a doctor that is credibly accused of professional misconduct. It seems logical they would do it. The fact that accountants seem to expect less of themselves is a collective reflection on their entire profession. And by extension of the entire country. If we do nothing about our rotten accountants, it’s almost as if that’s how we want our accountants to be.

Hearing policemen report in court today some of the answers they got when they interviewed employees at Nexia BT and at MFSP/Zenith does not fill us with hope. “I didn’t know.” “I didn’t ask.” “I followed orders.” “It was normal.”

The point is Nexia and Zenith were doing this for a major political figure who was the subject of scrutiny by a very good journalist and the whole thing was exposed.

But if we’re not going to examine our collective conscience as a country and address the fact that there’s a moral emptiness in the way we do business and that all that happens justifies itself if it increases profits and money, we’ll simply be fulfilling the world’s rotten expectation of us.

We have become the caricature of ourselves. And nobody’s laughing.