Times of Malta reported that Ian Borg stood idly by as anti-covid rules were flouted grotesquely at the St Philip Band Club during the Żebbuġ Festa yesterday. In his defence, such as it is, Ian Borg said Bernard Grech was there as well. Ah, that’s alright then.

I’ll just leave this here. The man on the left is Alfred Grixti, former Labour Mayor of Ħaż-Żebbuġ and for many years something called “Education Secretary” in the Labour Party. He’s now a senior government official as a “person of trust”.

I suppose this is what he means by education. 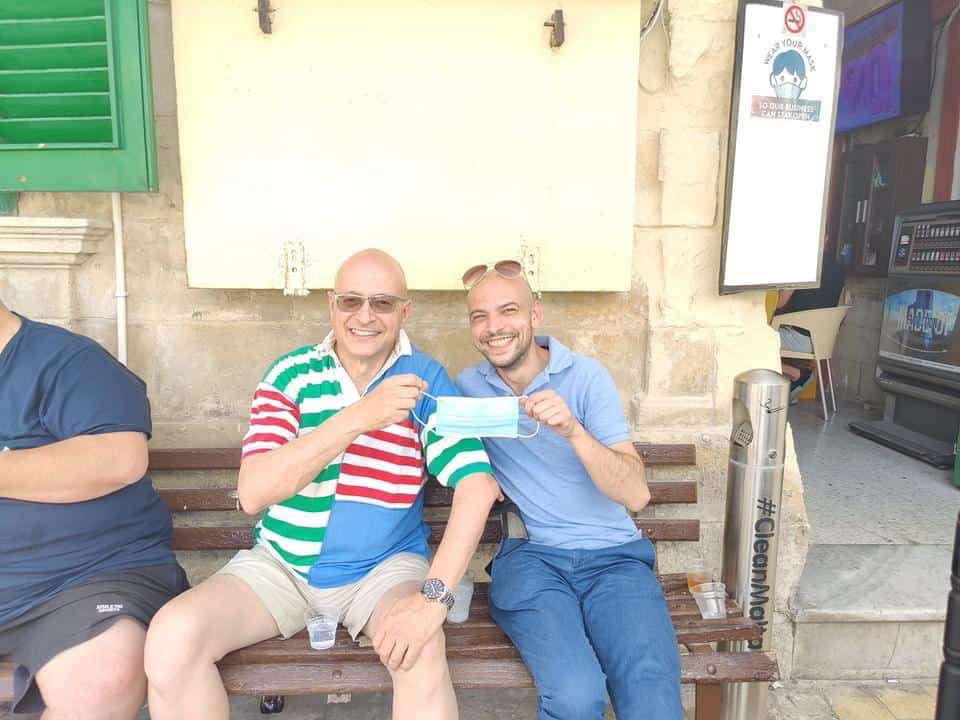 Previous:LONG READ: Kiss the flag
Next:Newsflash: Putting back the trees they removed in the first place