This was sent in by someone I know who calls himself ‘Flower’. Beneath is a tangential note by Manuel Delia. 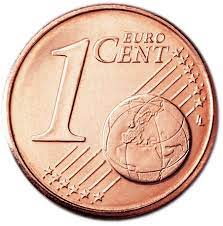 Sasla.  If I were a gambling man, I would easily win a bet if I stated that no one born this side of the millennium does not think this is a bad autocorrect of a Spanish tapas dish.  It is not.

For reasons not quite known, sasla is one of my favourite Maltese words.  Probably because it reminds me of my childhood when my mum took me to church and, come offertory time and the sacristan would dutifully walk around the church collecting monetary donations from the faithful, I would ask for a few coins to put in the sacristan’s velvet kopp.  Each and every time she would patiently correct me that said kopp was actually called sasla.  And the following week I would religiously (excuse the pun) refer to it as kopp again, just to hear the word sasla.  It was the only opportunity for the term to be brought up after all.

Talking about sasla, I seem to recall in the run up to the changeover to Euro in 2008 that the Maltese Curia had raised concerns that its income would take a hit downwards as church goers who were used to donate a weekly Lm0.50 coin or even Lm1 would probably now be dropping a coin of the same numerical value but only in €, which meant the value in the sasla would effectively be halved.

And more recently I seem to recall there was talk of phasing out the €0.01 coin out of circulation as its value is virtually nothing; it is probably not even worth its value in metal.  Indeed, I would daresay few people would bother picking up collecting change at, say, their local pastizzeria if it was a mere €0.01.  I certainly do not when I get £0.01 change (the Brits price most of their items in £X.99 so the likelihood of getting £0.01 for change is not uncommon).  And £0.01 is worth more than €0.01.

Where is all this going, I hear you ask?

Some months ago, I was walking in the park and spotted a shiny £0.01 coin on the pathway.  I smiled and thought if I were some 3 decades younger I would probably have picked it up.  And somehow thought of the sasla.

Then I had an epiphany.

I thought of the daily €5,000 that are – allegedly – collected by one or two (or more?) chosen ones from the poor Maltese citizens via their utility bills.  From the (give or take) 500,000 honest Maltese citizens who faithfully pay their bills, no questions asked.

I must confess I was never good with zeros so took out my trustworthy phone and double checked the simple arithmetic sum.  It was uncanny.  It was €0.01 on the dot.

Each and every Maltese pays, every single day, by hook or by crook (unfortunate choice of word there), an unnoticeable €0.01 to the Special K (or rather Ks) and will keep doing so for the better part of 2 decades, raising a staggering total of over €32 million.  How’s that for l-Istrina, Mr President?

Every single day, a sasla of huge, national proportions goes around each house, retail outlet, school and what have you.  In the words of former Prime Minister Alfred Sant and his crowd funding campaign to build his party’s headquarters, “il-ftit mingħand il-ħafna”, except that this is not applying to half the population but literally all of it.  And talking of Sant, I am almost certain that had he made it in 2008 and stuck around, come 2013, things would have turned out to be different.  And there would have been no sasla to write about.

That is how modern-day crime is done.  No need to cut through concrete walls and empty bank vaults, à la Hatton Gardens.  No need to stage holdups with cloned access security cards or underwater gateways from a waterfront casino.  Add the unobtrusive €0.01 and they will never notice.  And cash it away in a distant land.  Or so was the plan, anyway.

So next time you have a few €0.01 coins which slip from your pocket and drop under your car seat and you think they are not worth fishing for, think again.  Someone else thinks otherwise, anyway. 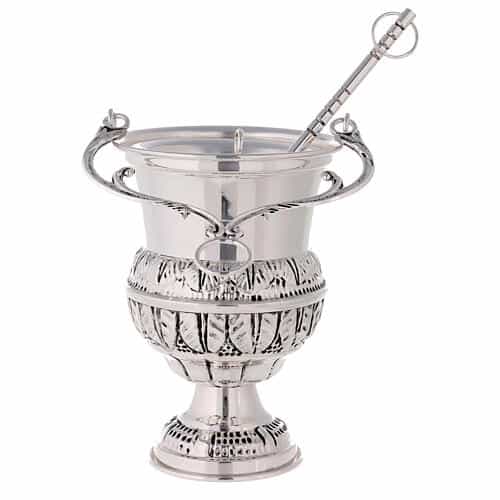 The following is by Manuel Delia:

A note on the word sasla. In my years as an altar boy the word sasla did not refer to the collection net (the kopp) referred to by the author. Sasla was the Maltese word for the aspersorium, the small holy water bucket that also contained the aspergillum, the silver ball on a stick used to dispense holy water. Altar boys carried the sasla in the funeral rite and during the spring visits priest made to families to bless their homes. Visited families would make small donations to the church by throwing coins in the aspersorium, the sasla, which is perhaps why the author’s mother also insisted on calling the collection nets used in church as sasla.

Although a less fussy term than aspersorium, the word sasla can also be traced back to liturgical terminology. Sasla appears to be a corruption of satla which would make it the diminutive of satal, a Maltese word meaning bucket or recipient. And satal comes from the Latin word for bucket or pail, situla. Although situlae are much older than Christiniaty, and the term is used to describe all sort of liquid-carrying vessels in archeological finds since the Iron Age, the term has been used to describe mediaeval objects used to hold holy water.

I offer no guarantee of the accuracy of this word-hopping but it sounds right.

Incidentally, altar boys in my time took a dim view of coins dropped in their sasla and would avoid it if they caught on time the donor’s surreptitious, albeit generous, gesture. Altar boys also carried a small bag of fabric for the collection of donated coins while the priest’s deep pockets would handle the envelopes with paper money. Altar boys would have to fish out coins that made it into the sasla and wipe the coins dry, a chore which for some odd reason they were less than enthusiastic about.

I apologise if this trivia is more esoteric than you can handle even at your most indulgent but the author’s reference to sasla took me on a wistful memory trip to my childhood. There’s a heatwave on.

Previous:GUEST POST: I am angry
Next:This is who we are