This is who we are

If you haven’t listened to the podcast, you may prefer to read the detailed feature by the BBC’s Jane Mackenzie on the El Hiblu 3. The photos with the piece are by Joanna Demarco.

Three young men were arrested when they were still boys, clearly wrongfully accused of terrorism. Malta rushed into exaggerated accusations based on evidence given by a single witness whose credibility is seriously doubtful. A hundred and more witnesses to the contrary have been ignored.

The Hiblu 3 were arrested as minors and are now facing an interminable wait for an outcome that seems almost certain to be acquittal and almost certain to be years away from now. There’s a pathological inertia, an inability to admit wrongful prosecution and to drop an entirely hopeless case which in and of itself is an injustice and an extended act of judicial racism.

If the Hiblu 3 case does not result in an acquittal, and they are sentenced for terrorism, this country will simply have stretched an injustice to the end of these young men’s days. 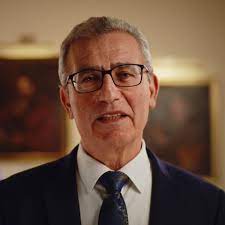 The most pathetic figure in this BBC report though is not cut as you would expect by the 3 men accused of terrorism when all they did was provide translation to fearful passengers on a boat taking them to a hell they had just escaped from. Evarist Bartolo seems unable to conduct his job except by wailing and moaning and pleading for sympathy.

The sad, pathetic Foreign Minister moans about corruption in his government. He moans about being plastered with responsibility for failing to act. He moans about how brutal politics has become when he had been the one to push down the boulder as Maria l-Maws back when the Labour Party issued a newspaper on Friday mornings.

And now he’s moaning that treating migrants with profound injustice and with extreme prejudice does not spring European countries to action to relieve us of the burden of saving their lives.

Malta flexed its muscles and charged three unarmed and harmless young boys with terrorism to show just how strong it is. That’s the definition of a bully: the guy who picks on the defenceless to assert his status with those that could consider picking on him.

And now that his government is unable to prove the crime of terrorism and back the false accusations they pinned on three innocent, young boys, Evarist Bartolo pleads to the journalist asking questions about their fate to sympathise with Malta’s plight and report on how said it is that it’s been abandoned by other European countries.

No one should back Malta in falsely accusing people escaping Libya with crimes that would land them a lifetime in prison. If we are going to ignore our international obligations, and use laws wrongfully to intimidate and oppress people so downtrodden that they escaped slavery on a deflated dinghy, then we should accept we’re on our own.

We’re on our own with Evarist Bartolo.

The Hiblu 3 should be freed, the charges against them dropped, and they should be compensated for the harassment they have suffered for purely populist reasons. The government has used three young men to fulfil the false prophecy that escaping migrants are terrorists and deserve to be treated as such. It is a small miracle that in the country that falsely accuses them and drags them through legal hell, the Hiblu 3 also found Neil Falzon and Aditus to provide them with assistance. Not all of us are racist scum or spineless cowards, or both.

And they say campaigners for justice harm Malta. Our Foreign Minister exceeds all expectations in that department.