The campaign to elbow Repubblika out of existence continues apace.

Consider this article on the Labour Party’s English-language website. The contradictions are as familiar as they are obvious. Repubblika, the article posits, represents a hostile take-over of the non-governmental sector by pretend-independents who are really agents of the Nationalist Party. Look at them, the article says politely, they’re all Nazzjonalisti. Jaqq.

The author confesses to age and experience and says he’s seen all this before. The Nationalist Party, he argues, has a long tradition of creating fake NGOs to further its interests under the cover of para-religious or para-political voluntary organisations. They may claim independence, the author says, but they all got/get their marching orders from Tal-Pieta’ (that’s PN HQ). 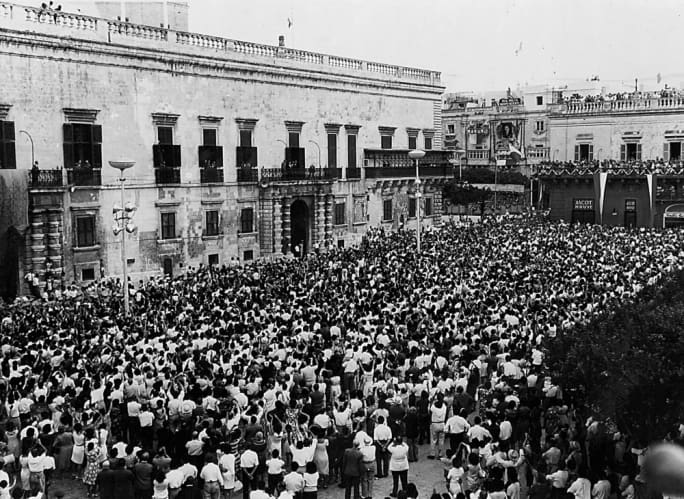 So is Repubblika getting its marching orders from the PN or is the PN hamstrung by Repubblika?

Incidentally it is amusing that the author is deeply offended that Repubblika calls itself Repubblika. Because the term, he says, is much loved by Laburisti because Mintoff was Prime Minister when both sides of the Maltese Parliament voted to switch Queen Elizabeth II with a person of their choice as the Head of State in Malta, the country that had by then already been independent for 10 years. 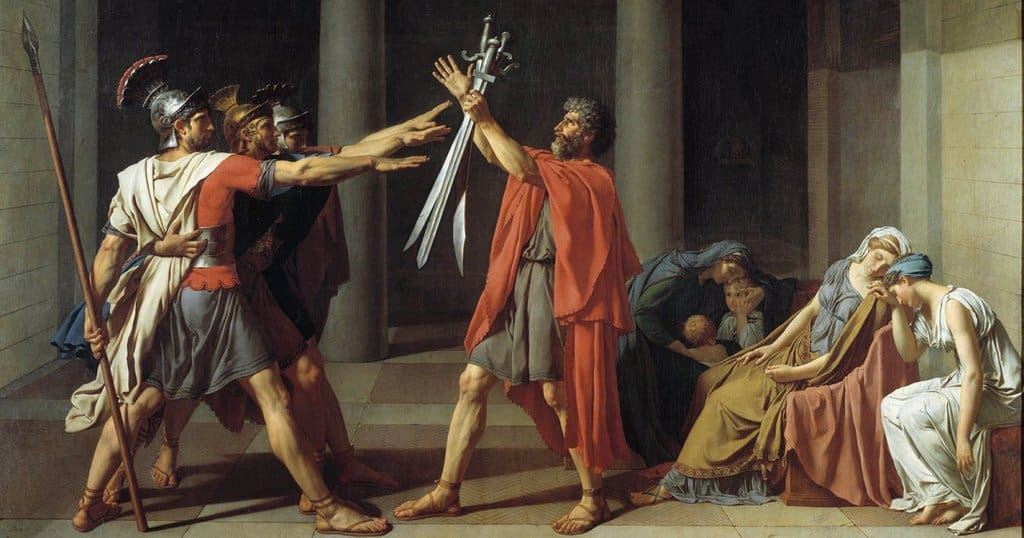 Really? The Labour Party now has a license on the word ‘republic’ in use to describe polities ruled by law for something like 2,500 years?

Should we then be insulted that the Labour Party calls itself Labour given that the rest of us who don’t support it also earn their keep by the work that they do? Or are we more justified to be offended by their use of that term because there is nothing beyond their name that shows any form of concern for the betterment of the downtrodden?

Massimo Ellul thinks we are prejudiced against ħamalli. If he means Konrad Mizzi, Keith Schembri, Chris Cardona, Edward Zammit Lewis, Rosianne Cutajar, and Joseph Muscat, plus spouses, ‘friends’, and sundry hangers on, yes. We’re disgusted by them. We’d sooner eat glass than have anything to do with them, their money, their boats, their villas, their trips, and their vices.

If being out of this circle of crime and ostentation makes us elitist, we wear the badge proudly.

The author says civil society activism is important. But the way the PN uses civil society to its end is a “sacrilege”. Because, you know, civil society must be truly independent. But then he goes on to urge Laburisti to set up their own NGOs because it’s not a sacrilege if his guys are the ones doing it.

The author speaks of hidden agendas. That’s mostly because his name is vaguely anonymous. Not as vague as he imagines. The author of this piece of dubious wisdom is one Massimo Ellul. He is Chris Fearne’s nominee at the University and collects a retainer from Edward Zammit Lewis. 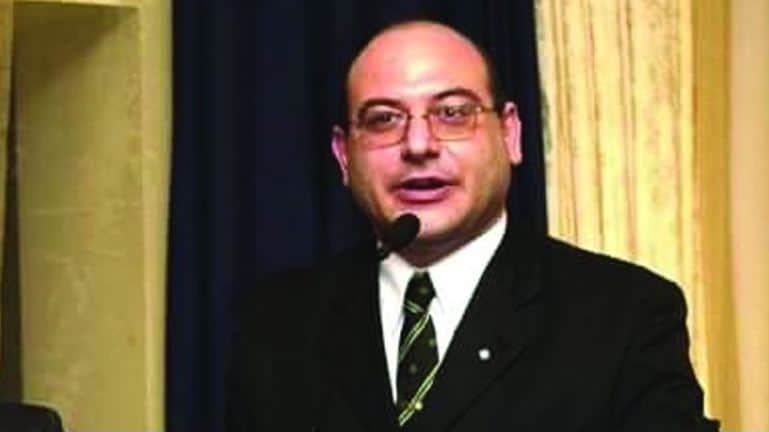 That’s Edward Zammit Lewis, the guy whose agenda was so hidden that when he delivered a press conference to say Simon Busuttil “was a threat to the rule of law” because he asked for the 17 Black revelations to be investigated by the country’s institutions, he called alleged journalist-killer and politician-briber Yorgen Fenech to make sure he got the message right.

In his piece Massimo Ellul says that by campaigning in Edward Zammit Lewis’s constituency Repubblika is ensuring his re-election. He may be right. That means that Massimo Ellul’s retainer will be extended beyond the next election. His pockets must be comforted by that.

Not that he’ll worry if Edward Zammit Lewis falls. There’s always a way for someone like Massimo Ellul to make money. Look at this news story from 2015. Massimo Ellul was billing Ħaż-Żebbuġ Local Council €30,000 advising them on “organising events”.

Of course this doesn’t mean Massimo Ellul is wrong about everything. He is absolutely right that he belongs to a majority that continues to support Joseph Muscat and Edward Zammit Lewis and we belong to a minority that doesn’t. 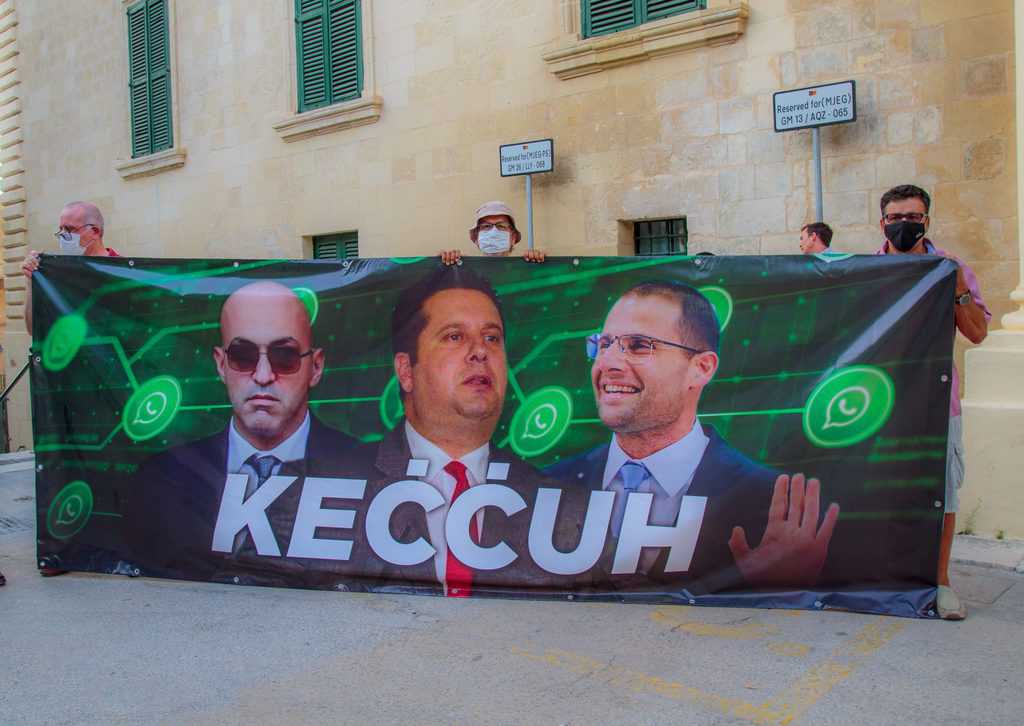 He is probably right in concluding that the Minister who pays him a salary, Edward Zammit Lewis, will have his support base galvanized by Repubblika’s campaign for his resignation. After all this is the country where this comes up on Facebook when the son of a murdered journalist submits himself for cross-examination by the lawyers for his mother’s killer. Alleged.

These are some of the comments under a @ONE_news_Malta (govt. propaganda) article issued yesterday after @mcaruanagalizia‘s testimony.

There are a lot of things I would like to write, but at the same time, words are failing me.#daphnecaruanagalizia pic.twitter.com/gFFRgJkfp6 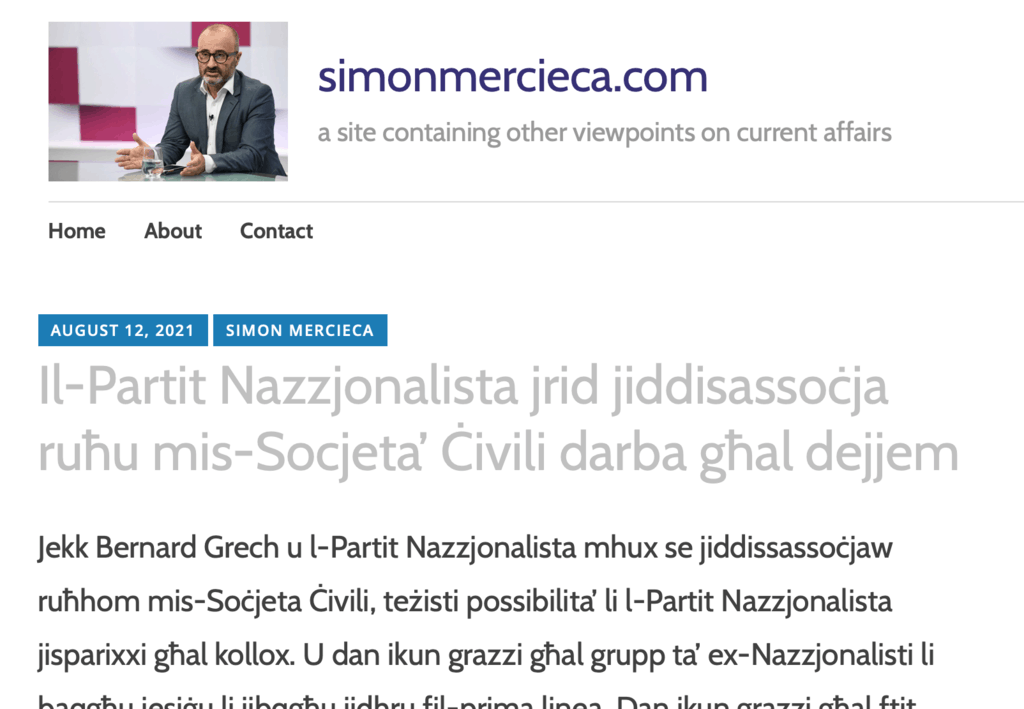 Can you believe that in a democracy a history professor writes an article without a hint of irony and with the title “The Nationalist Party must cut itself from Civil Society once and for all”? Well it’s there.

Everyone is suspect. He asks in a series of unhinged articles who is paying for the Daphne Caruana Galizia Foundation, for Repubblika and for “Manuel Delia’s lifestyle” implying without answering his own questions that I and they are somebody’s paid puppets.

It was mildly entertaining to read on Facebook who his readers think pays for my lunch. Aliens came into the conversation at one point. Simon Mercieca is yet another prick who measures everyone else by his own squat size. I’m not defending a billionaire journalist-killer (alleged) in my writings so my source of income is less obvious than his, perhaps.

We know Simon Mercieca’s anti-civil society views are not lonely within the PN. Alex Borg is unrepentant in his call for Repubblika to be both ignored and condemned. Contradictions are a job requirement for the anti-democrat.

The PN’s spokesman, pressed for some reaction, tried to come up with some wise words intended to offend nobody. Alex Borg “distracted” the PN from its job, Peter Agius said. He shouldn’t have.

Ah so that’s the problem, wasn’t it? Not the fact that a PN candidate saying Repubblika should be condemned contradicts the democratic principle that whether politicians like it or not civil society is an essential component of public life. Nope. Just that some people who might vote PN might not be crazy about Alex Borg’s intolerance.

For being so irrelevant, people in politics tend to complain about Repubblika’s existence with some consistency. Like proper pests we get people who disagree on everything to agree on one thing: that life for both of them would be better without us around.

I’d call that the dictionary definition of independence.

Previous:There’s a difference
Next:What hangs in the Cabinet Room