This statement was issued this afternoon by the International and the European Federation of Journalists. 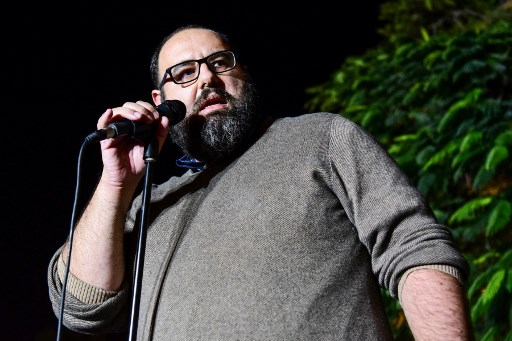 In recent days, several Maltese journalists and media outlets have been victims of online spoofing in what appears to be a major campaign to spread disinformation and discredit those who are targeted. The International and European Federations of Journalists (IFJ/EFJ) have joined their affiliate, the Institute of Maltese Journalists (IĠM), in denouncing these shameful intimidation attempts and call on the authorities to investigate those responsible for them.

For the past week, numerous false articles and emails purporting to be written by journalists, organisations or public figures and containing false information have been spread in the country.

On 26 June, blogger and activist Manuel Delia warned that emails were being sent to journalists and news outlets on his behalf and that a fraudulent website had been created in his name.

Some of the fake emails are supporting conspiracy theories around the murder of anti-corruption journalist Daphne Caruana Galizia in 2017. Others are denouncing alleged hate campaigns by some journalists.

Jason Azzopardi, Daphne Caruana Galizia’s family’s lawyer and opposition MP, also appeared to be targeted as fake emails between him and Manuel Delia were sent to daily The Malta Independent. In these emails, a recurring topic is the alleged insanity of Delia and Azzopardi. Both had published articles questioning the independence of the judge in businessman Yorgen Fenech’s trial in the Daphne Caruana murder case.

Last weekend, several media outlets were also attacked, with fake websites created in their names and carrying spoof articles. To date, websites Newsbook, NET News, TVM, Lovin Malta and StradaRjali have been affected. The fraudulent websites now seem to be inaccessible. However, the campaign continues. On 30 August, Prime Minister Robert Abela said that he himself had been a victim of fake emails. Opposition leader Bernard Grech was also targeted.

IFJ’s and EFJ’s affiliate IGM is particularly concerned about the case. Matthew Xuereb, IGM’s President and Times of Malta journalist, is himself the target of false stories claiming that he has created fake Facebook accounts to insult people.

IĠM’s President Matthew Xuereb said: “The IGM is deeply concerned with the systematic attacks on journalists and civil society activists through the use of spoof versions of several Maltese media portals, clearly designed to dupe people into believing that the stories are true. The IGM is closely following the developments and has formally written to the Prime Minister and Police Commissioner to take such attacks seriously and investigate where they are originating from. Attacks on journalists are despicable and a threat to the fourth pillar of democracy. The IGM has urged its members to stand united against this new form of intimidation.”

IFJ General Secretary Anthony Bellanger said: “We condemn this campaign of misinformation, which is seriously interfering with press freedom and the public’s right to know. It must be taken very seriously by the authorities, who must ensure the safety of those targeted. We call on citizens to be careful with what they read, and send our affiliate our full support. We will not let this campaign discredit journalists who are only trying to tell the truth.”

EFJ General Secretary Ricardo Gutiérrez said: “These methods are cowardly. They are pure manipulation of public opinion for the benefit of particular interests. But they also show how indispensable the work of journalists is when it comes to serving the public interest.”

On 31 August, the civil rights NGO Repubblika is holding a protest in Valletta in solidarity with journalists and activists targeted by what seems to be a massive disinformation campaign.

Previous:Council of Europe platform logs alert on disinformation campaign
Next:These people took the time to fight for your right to know