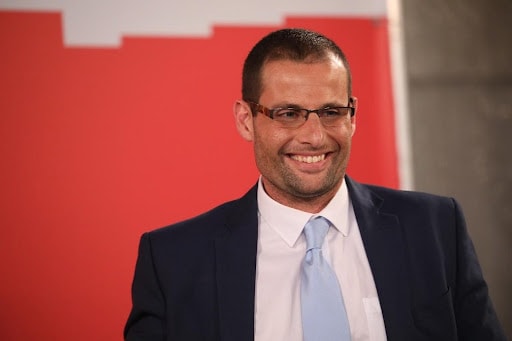 “These acts are not only condemnable but have no place in society.” That was a categorical concluding remark by Prime Minister Robert Abela in a short statement this morning reacting to the fake emails and websites that have been circulating for a week now.

That statement was something many of us have been hoping for. It’s hard to understand why it took him so long especially when, as he points out, someone even impersonated him and used his email address to circulate hoaxes.

I will criticise the prime minister for taking as long as he did because what the prime minister says or does not say matters. His silence gave vent to hundreds of trolls all over the place accusing journalists – me at first, others eventually – of fabricating the fake evidence to attract attention to themselves. Idiots will be idiots, I know. But many of those trolls were either instructed by Labour’s troll central to speak the way they did or followed the cue given by some usual suspects, the Emmanuel Cuschieris of the digital space.

If the prime minister spoke up the moment he became aware of a systemic and heightened pattern of “condemnable” activities that “have no place in society”, he will have given leadership to his supporters, warned them against believing the lies, and encouraged them to support the journalists and activists that were being undermined and intimidated by this campaign, instead of adding to the cruel pressure.

Consider even the timing of the statement issued today. It wasn’t just late. It was issued after a press conference by PN MPs to discuss the implementation of the Daphne Caruana Galizia inquiry recommendations that had already started. The Labour Party propagandist who works for One TV was at the press conference but somehow, he knew the statement by the PM had been issued.

He took the floor when the conference opened to questions haranguing the Opposition MPs for not referring to a statement by the PM there is no way on earth they could have known about.

This reveals the insincerity of the prime minister’s concerns expressed in his statement. And his audience picks the cue.

Of course, this is just what happened today. While fake imitations of websites (including particularly my own) published slander and bile about Jason Azzopardi, the Labour Party’s propagandists published their own stories about him. The falsehood was mostly published on fake websites. The innuendo and the false questioning reinforcing the slander published elsewhere are published on the Labour Party’s official media.

What happened then is someone hidden who, as the prime minister says, has no place in society, lied about Jason Azzopardi, and the Labour Party exploited and aggravated his demonization.

We’re therefore a month away from Robert Abela’s self-described ‘apology’ after the Daphne Caruana Galizia inquiry report was published without, somehow, having budged an inch from that point.

The fact is we’ve seen all this before in some form or another. Before the 2017 elections, we had an info-war, a disinformation campaign intended to sow enough confusion to force most electors to believe nothing and nobody and, in their majority by consequence, to cling to the devil they knew: Joseph Muscat.

Labour’s intended outcome from the 2017 election was not just winning. The process had to eliminate Simon Busuttil and Daphne Caruana Galizia, obstacles not so much to re-election as to the retention of unhindered power and the corrupt flows of money from the public purse to the pockets of the Mafiosi.

The 2019 MEP election was seen as an opportunity to eliminate David Casa.

The coming election too will do more than confirm the Labour Party to power. Once again, the mafia needs to wipe away the people it perceives as obstacles, not so much to the re-election of the Labour Party, as to the perpetuation of their impunity, immunity from prosecution, and continues access to the proceeds from their crime.

‘Wipe away’ can take many forms. Making them the laughing stock, the village idiot, the toxic untouchables with whom no one would risk having anything to do for risking to be infected by the popular opprobrium, are often sufficient. Only Daphne after all is Daphne.

All of this has no place in society either, but Robert Abela risks being swept away by any determined effort by the State to tear away from the mafia parasite that now lives in symbiosis within it.

Good words must be followed by good deeds. The instruction manual is right there in the conclusions of the Daphne Caruana Galizia inquiry. This goes beyond the undoubted difficulty to prevent spoof emails and fake websites.

What is expected from our government is to be firmly on the side of truth against those who use lies to undermine the democratic process. We expect our government to deploy any and all resources to guarantee us free and fair elections, even elections the administration could lose.

We expect leadership from the government. I remember a scene from a town hall event during the 2008 US campaign when the Republican candidate Senator John McCain was told by a voter he was scared of Obama, “an Arab”, becoming president of the United States. John McCain told the voter in front of a jeering crowd he had no reason to fear Barrack Obama in spite of all the lies he was told about him. McCain said he would make for a better president than Obama but there was no truth to the lies that voter had believed to be brought to a state of fear.

Robert Abela needs to turn to all those angry, scared trolls all over the place who seem to be in a permanent state of apoplectic fear that the “Nazzjonalisti” might be coming back to take away their country and their souls. He needs to quell the fear of hell they seem to have of Daphne Caruana Galizia, her family, their lawyers, and anyone who for whatever reason supports the cause of justice in her case.

And then, therefore, it is not just the fake emails and the fake websites that are condemnable. Robert Abela should condemn the way the propagandists that work for his party demonise critics to the point of making them figures of hate. He should stand by those who, whichever side of the political aisle they’re on, and even if they’re in neither, serve our democracy with their sincere commitment and their work.

The Prime Minister has the duty to break the illusion in the minds of his supporters that I’m always wrong, that if they see my ugly mug on their TV while watching One TV, they should not start hating me before they’ve heard what I said and made up their minds why they disagree.

If we are to speak about what is not suitable for society, we need to first agree about what society we want. Personally, I long for a society where truth, and the search for it, is a shared objective, and the rules of basic decency, sincerity, tolerance, and kindness are broadly and near-universally accepted, and certainly practiced by our leaders.

If we lived in that society, we’d worry less about the people’s confusion when those spoof websites come back in greater force. We wouldn’t be living in a country where the official resources of the State are deployed to demonise its critics and we’d be left with no doubt in our mind that an assault on journalism like the one we saw over the last few days would be the behaviour of outlaws and criminals.

Instead, the spoofing campaign felt like just another way of delivering the government’s message, it looked to all like another way for the government to discredit its critics and to suffocate citizen’s ability to make up their own minds.

It feels, sadly, like the prime minister’s condemnation is how he gets to look like the innocent flower, but being the serpent under it.

Previous:Fight for your right to be informed
Next:Media, civil society endorse tonight’s protest