Fight for your right to be informed 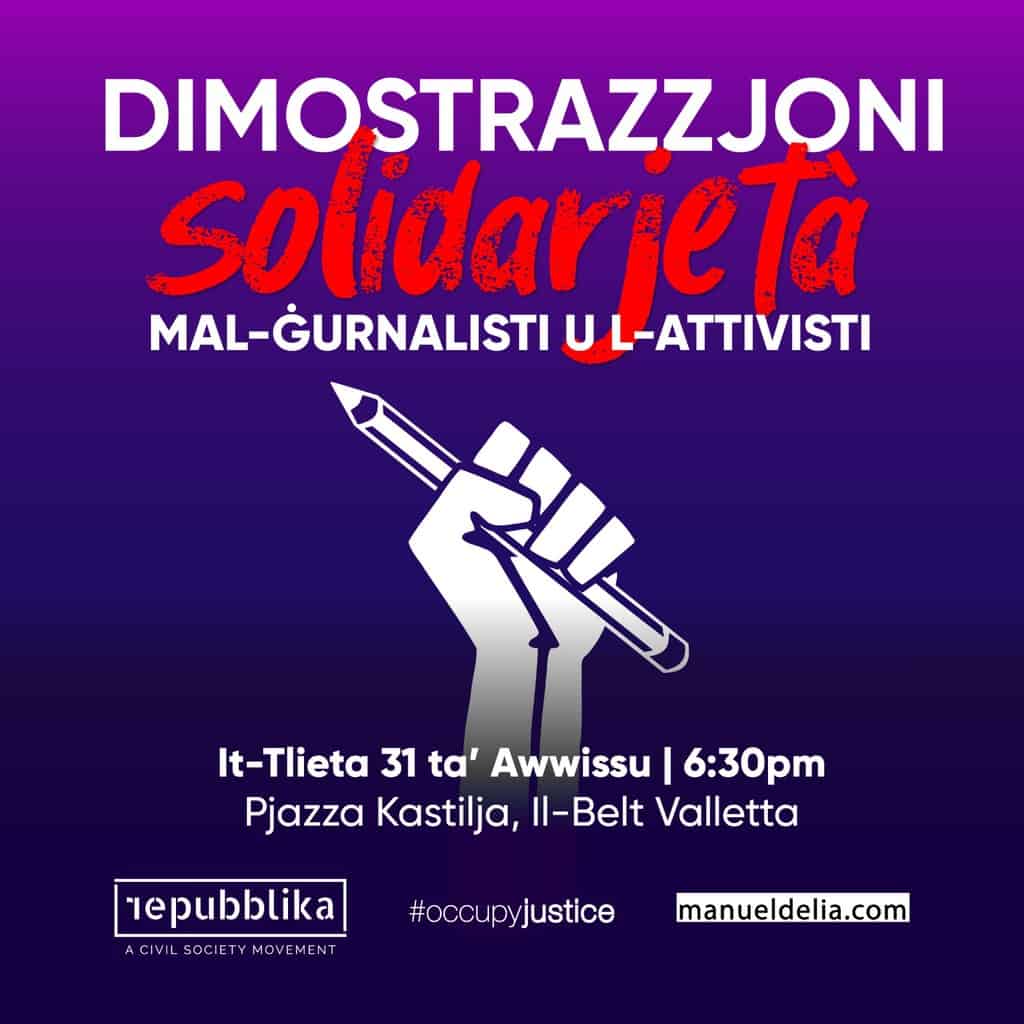 I am sincerely grateful for all the messages of support, sympathy, and solidarity that I have received over the last few days. I admit I was close to buckling under the pressure. I am not immune to intimidation.

I am sincerely grateful to journalists and media managers from several media houses who did not wait their turn to be targeted by the perpetrators of these vile crimes before they contacted me directly to offer their help.

We often say, glumly, that we have learnt nothing from the killing of Daphne Caruana Galizia. That may be true of the government. But a major portion of the community of journalists in Malta has learnt many important lessons, and of them is that no one is to be left alone.

I feel stronger. I feel up for a fight. Not just to assert some right of mine to impose my views on others. But to defend the right of anyone and everyone to acquire the information they want and they need to be able to make informed, democratic decisions as citizens.

From my point of view, I have had to think hard about the safety of my family and my safety as well. But there’s an even more important consideration. What is happening to us is a threat to the safety of what is left of our democracy.

We cannot have free and fair elections if people are denied, through sabotage, deceit, or under the pressure of the overwhelming resources of the mafia, the means to discern between lies and the truth.

The mafia is the criminal interest, transparent in those fake websites and fake emails, of a man charged with killing a journalist and using any means necessary to avoid a heavy prison sentence.

But as Yorgen Fenech sometimes implied, he too can be used. His motivations, his resources, his network, is used by the wider mafia interest that hops onto his criminal back to reach their own ends.

And therefore the partnership between politicians and criminals dressed as businessmen is renewing itself and this assault on the free press, on the Parliamentary Opposition, on the surviving family of Daphne Caruana Galizia, is but another newly opened front in the battle between the mafia and the forces of good in the country.

As Robert Abela sits back in silence while this happens, watch him benefit from it all, as Joseph Muscat did before him. This campaign too is coming from Castille.

I confess there are times when even I am tempted to give up, rarely out of the frustration of futility, more likely out of fear for the safety of my family. I’m not surprised, shocked, or angry at anyone who’d rather stay home and not fight for our right to information, free elections and democratic life.

But if you can muster the strength, if you can express your solidarity and assert your own rights, by doing more than sending a very welcome email or message to your journalist or MP, join us in Valletta on 31 August at 18:30.

We all feel fear. But we would all be stronger together.