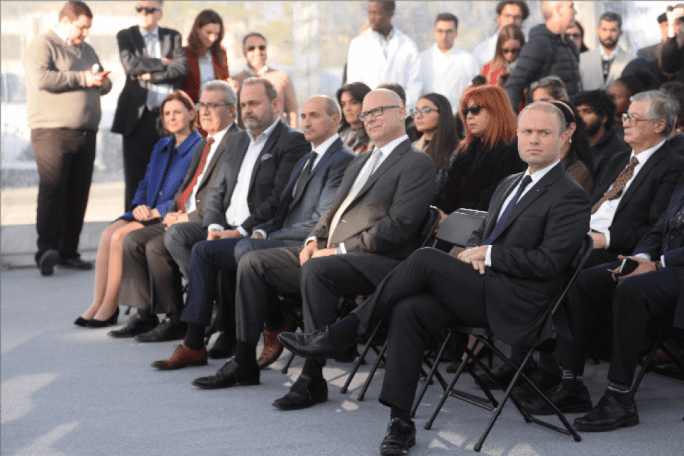 No one, except the incorrigible Konrad Mizzi, is claiming paternity for Konrad Mizzi’s commitment to Stewart Health Care that they would get €100 million if their contract over the 3 formerly public hospitals in Malta would somehow be stopped.

There are a number of scenarios in which this could happen though whether any of them would necessarily mean that the €100 million would be automatically due is, frankly, doubtful.

The court is hearing the case filed by Adrian Delia that claims the original deal with Vitals was unlawful to begin with as it was the product of corrupt interests. In making his case, he argued the €100 million penalty clause tagged on later by Konrad Mizzi, if anything, strengthens his argument the deal had been corrupt. There is no other rational explanation for such a one-sided concession.

If the outcome of that process is a declaration that the contract is unlawful, Stewart would have to argue that its penalty clauses still applied, which given that those clauses belong to an invalidated contract, would be a rather tall claim.

The other, more urgent scenario, is the outcome of the ongoing impasse when Stewart Healthcare might finally say they would only continue to honour their contractual obligations if they were to get more money. Robert Abela’s government is saying they don’t want to pay more.

Here’s the rub. Little is known about the context in which Konrad Mizzi agreed to give Stewart Health Care an exit cushion worth €100 million. But from what we do know there are some things we can piece together. Stewart took over from VGH. Once inside they would have had a closer view than anyone of the swirling poison in the chalice they had just been served.

They would have also have smelt the government’s vulnerability. Konrad Mizzi (and Joseph Muscat) were, at the time, desperately clinging to power, chasing fires everywhere in the corrupt edifice they had built. Whichever issue they faced the government’s first priority would have been appeasement.

The €100 million clause would have bought Joseph Muscat and Konrad Mizzi and Keith Schembri time. The message with that clause is not ‘take €100 million and walk away’. The message was ‘look, don’t quit on us now, we’ll find a way of giving you more money but now is just not the time. Bear with us while we manage our crisis and as surety to back our word on this take this insurance for €100 million. Neither we nor any other government that would replace us would be crazy enough to cut a cheque that size rather than increase your daily allowance in a political context that would permit it.’

We know just how urgent this matter was when Joseph Muscat, days after his humiliating tumble out of his former office in Castille, went back there as a begging mendicant “advising” Stewart Health Care and lobbying for more money on their behalf.

Robert Abela’s government has not agreed to give more money but what happens now? If this comes to a head, Stewart Health Care might decide to openly argue what they must have whispered to Konrad Mizzi when he signed away that €100 million IOU. They might just have to say out loud that indeed the contract they inherited was corrupt, irrational, and designed to fail.

They have a reasonable alibi in that the VGH deal was sealed two years before they first made an appearance in Malta and if anything, they are victims of the corruption because they were sold by VGH (with the help of the government of Malta) a misrepresented deal that cost them considerable losses that now the government is refusing to cover.

Stewart Health Care might end up publicly agreeing this is a rotten deal. But since they can show, or perhaps it is more accurate to say they would believe they could show, they acted in good faith, the obligations owed to them by the government still stand, including the €100 million exit clause.

There is a decent basis to claim good faith when considering one thing. When Konrad Mizzi signed that addendum with them it was reasonable for them to consider him legally eligible to do so. He was the responsible government minister. Surely no one expects them to check if he checked with cabinet first, or if he asked Robert Abela – then Joseph Muscat’s lawyer – if he agreed with this. It wasn’t up to them to see if Konrad Mizzi cleared the decision with the finance minister or the health minister or if he had written advice supporting it from the attorney general.

That would have been Konrad Mizzi’s responsibility, not Stewart Health Care’s.

If it is true that Konrad Mizzi was acting with his earphone unplugged and had, by the time of this exit clause, become a rogue agent, then perhaps Robert Abela should turn to Konrad Mizzi and ask him to cover the €100 million tab. Konrad Mizzi would then, presumably, argue his own brand of the Nuremberg defence, that he had been given all the authorisation he needed: Joseph Muscat had said yes.

If a decision like this had been taken outside the proper structures of government, then power would have been explicitly abused.

Examine a hypothetical scenario where Konrad Mizzi abused his authority as a government minister by effectively allowing Stewart Health Care, under a set of circumstances he could foresee (the inevitable failure of the hospitals deal), to either acquire more public money than their contract provided for or to be paid €100 million in lieu of the contract. In that scenario the issue would not be just a matter of political inconvenience to Robert Abela and Chris Fearne and a bill no one wants to pay and which will have to be debated in court for enough years to allow people to forget what any of it was ever about.

It would be something the prosecutor should perhaps examine. Has Konrad Mizzi misapplied money entrusted to him by virtue of his office for the benefit of someone else, if not himself? Let’s assume he would deny having done this. It’s no reason not to ask. There’s a law against that and its enforcement would involve handcuffs.

Previous:Government publishes regulation to give itself power to cover for its friends
Next:Matthew Caruana Galizia asks speaker to resign over Rosianne Cutajar case