I saw this yesterday when the Speaker got his lawyer Ian Refalo to write on his behalf because he couldn’t bring himself to write to Matthew Caruana Galizia. 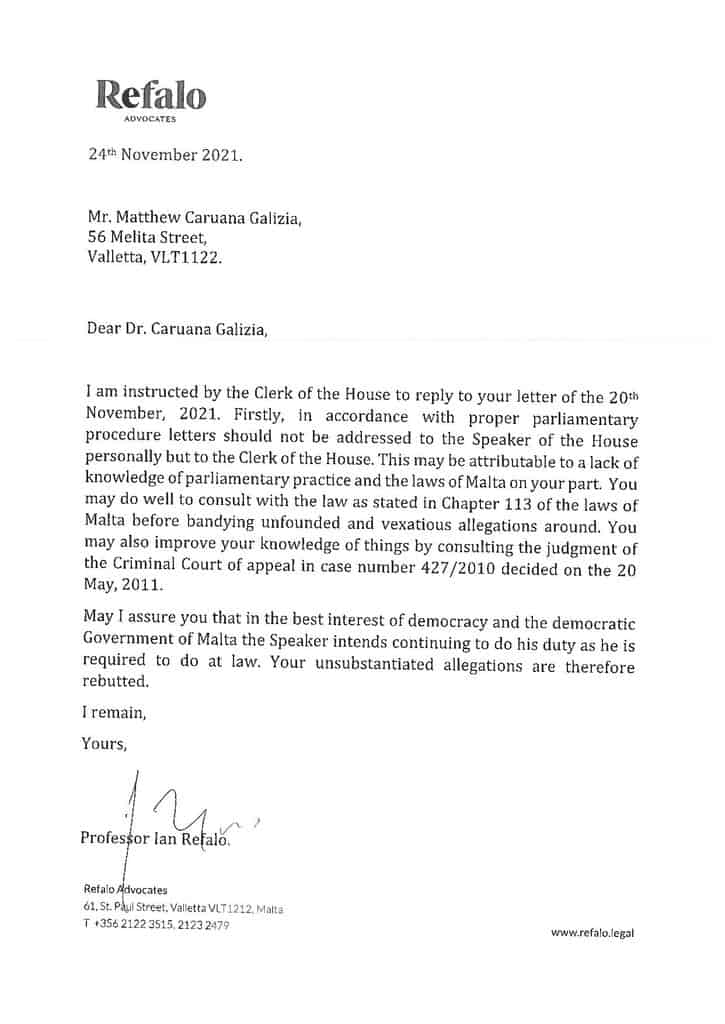 This letter should be immortalised as perhaps the final nail in the coffin of our Parliamentary democracy. The list of reasons for this is very long, the following just enough reasons I can bring myself to quote without falling into such despair that silence becomes preferable, as it has been for the last 24 hours since I first saw it and, even I, could not speak:

Or alternatively watch this clip recently from the British House of Commons and see how a Speaker is supposed to behave, not to defend the interest of the government but to keep it in check to defend instead the interest of citizens.

Remember where this started. Anġlu Farrugia got instructions from the committee of standards in public life to give a stern warning to Rosianne Cutajar after she was found to have accepted cash gifts from Yorgen Fenech and then spoke on his behalf in Parliament. Among other things. He voted for those instructions for crying out loud. In place of a reprimand, Anġlu Farrugia got the Clerk of the House to send Rosianne Cutajar an illegible information briefing, what must in the world Farrugia and Cutajar inhabit amount to a flirtation.

Anġlu Farrugia would not dare send a reprimand worthy of that description to the MP caught taking cash from, speaking in Parliament in defence of, and for the sake of completion allegedly secretly shagging, a man the state charged with killing a journalist.  But he sends a stern reprimand shutting down the dead journalist’s mourning son. Because that makes sense.

Please, take me away from here since no one seems willing or able to stop Anġlu Farrugia protecting the interest of the Government, not just against Matthew Caruana Galizia, but against every citizen who might ever presume to write him a letter and ask him to do his job. Against you.

Incidentally, that’s an idea. Defy “proper Parliamentary procedure” and write a letter to the Speaker telling him what you think about this. Maybe just print this out and send it to him in an envelope. His address is [email protected] or L-Ispeaker, Il-Parlament ta’ Malta, Il-Belt Valletta. Take a snap of your letter before sending it to him and send me a copy. Let’s show this guy who’s boss. 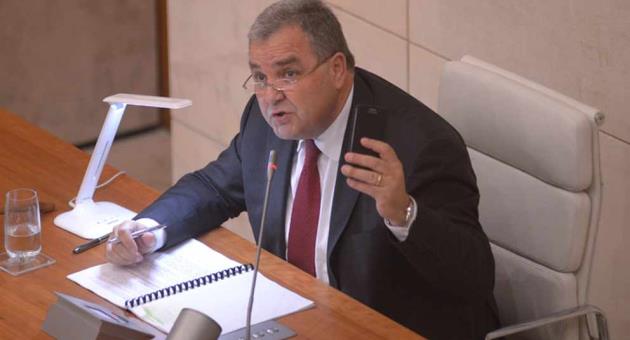