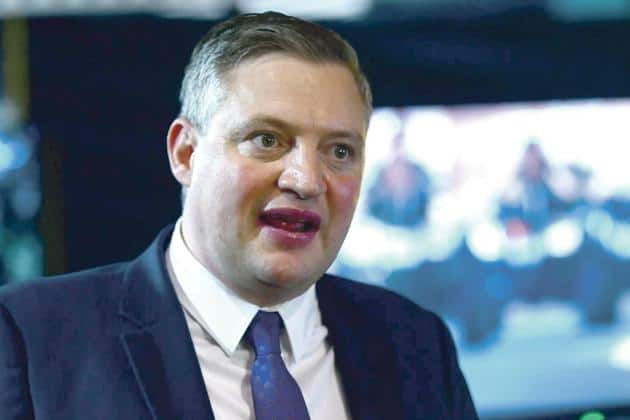 How can you not sympathise with people of the younger generation that have given up on this country? If any of them watched the session of the Public Accounts Committee today they would have seen our democracy in action. It is embarrassing. There’s no better way of saying it.

Konrad Mizzi said the same thing in barely different ways 50 times. Whenever he was challenged he went on mad tantrums that are less an indication of rudeness, or the panic of a man on the run, and more symptoms of some condition that requires medication.

I’m not his doctor, or anybody’s, so his mental state is not my problem or a problem I can solve.

I’m a citizen of the country he had a big hand in running and it is impossible to hold him to account. He is entirely detached from reality and seems to genuinely believe the lies he’s been telling himself. He is unperturbed by the deafening silence of three of the four MPs from his former party on the Committee. He is unfazed by the implicit agreement in their silence that Konrad Mizzi is corrupt.

He professes indignation when he’s called corrupt and yet his major line of defence, such as it is, is that other people are corrupt. He shot at Beppe Fenech Adami the Capital One story serialised by One TV over many years that drew a blank after investigations. And a considerable amount of time was consumed debating Beppe Fenech Adami’s swimming pool. In Panama? In New Zealand? No, in Għargħur. Fucking pathetic.

Then Konrad Mizzi shot at protesters demanding he faces consequences for his crimes by wondering why they’re not also protesting demanding investigations into other people.

Protesters weren’t in the room. They would have told him, perhaps, that if he’s aware of corruption he’s not involved in that is being tolerated and covered up by the authorities they’d be happy to join him camping outside police headquarters.

But of course, this is all rubbish. Konrad Mizzi has been giving the same speech for nearly 5 years. Call the man anything you like, but he’s at least consistent.

We have made no further progress today. Not that we ever hoped there would be. If this were a normal country you’d at least take comfort from the fact that no one listening to Konrad Mizzi today could ever manage to believe anything he says. But this is no normal country.

This is a country where for every one saying “Konrad, go!”, there are two saying “Go Konrad!”

While this is the reality of our country, the polarised divisions within us are inevitable. The only alternative is to make love to a toxic lie. No thanks.

One final note. Helplessly looking at that committee meeting, we are reminded that this, dear co-nationals of this country, is as good as it gets. That table is the best possible combination of representatives we could elect to decide for us how our money is best spent. There’s Konrad Mizzi. There’s Glenn Bedingfield defending him. And there’s three Labour Party MPs forming a wall of complicit silence to prevent proper scrutiny and action against corruption.

Previous:Trust us to save the world
Next:GUEST POST: Our man in London. Possibly.