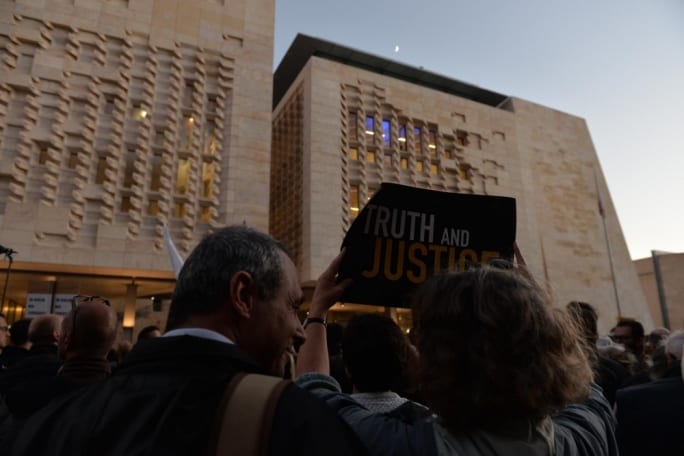 The arraignment and conviction of an erstwhile faceless Facebook commenter warning Repubblika’s Robert Aquilina to feel fear walking the streets of Valletta alone is a welcome development.

The local police take these situations seriously and that’s a good thing. This case was not exceptional. With the additional good fortune that the perpetrator did not hide his tracks as well as he could have, they found the guy and the court handed down a €3,000 fine which should be a decent warning to all the crazies out there.

Try to see this from Robert Aquilina’s point of view. Someone who was obviously using a fake name and a fake photo was warning him he or someone he knew of would hurt him if they found him alone in Valletta. When you get that sort of warning from someone you don’t know you fear everyone you don’t know. And that’s the intended effect.

But then go through the process of realisation that the hidden culprit is being exposed and punished in court. Would you ask yourself if you’ve given that person greater motivation, for such it must be in the threatener’s head, to hurt you?

It often is not like that. When the police charged two violent loud-mouths for assaulting my wife because of the crime of placing flowers at the Great Siege Memorial, they showed up in court sheepish and apologetic. In another case where I got explicit threats from an Adrian Delia fan, he showed up in court with his father obsequiously begging my pardon.

You’d expect that. You’d expect them to dissolve into a puddle when they realise they do not quite enjoy the sort of impunity they imagined they did by posing for selfies with their favourite gung-ho politicians.

The situation yesterday in the courtroom where the man who threatened Robert Aquilina was charged and convicted was different.

I’ll be told off by the legal profession for this, but the perpetrator’s choice of lawyer was chilling. He hired David Gatt to question Robert Aquilina and seek to push him to agree that being told to be afraid to be alone in Valletta was fair political comment given all the trouble Robert Aquilina had caused.

Paradoxically the witness appeared to admit the message was a threat but not of something he would do but that he overheard others plotting. Robert Aquilina should have taken the message as a misunderstood friendly warning. Now Robert Aquilina has to worry about unnamed plotters who imagined harming him. When was David Gatt going to advise his client to inform the police about the identity of these plotters?

What David Gatt said or how well or how badly he argued are secondary though to the simple fact he was there. His involvement in the case is, frankly, a threat in itself.

David Gatt has been accused and been acquitted of many things: of being a criminal mastermind, of using his powers as a police-officer to perpetrate crimes, of running a shadowy organisation modelled on a mafia clan, of violently robbing banks. His acquittal means we are to presume he’s not done any of those things.

He also denies that he delivered coded messages to Daphne’s killers between her assassination and their arrest. The information came from a witness for the state’s case.

He never denied that he was mentored through his transition from disgraced police officer to lawyer practicing in criminal law by none other than disgraced minister Chris Cardona.

As is his client’s right, David Gatt yesterday notified the court that his client will appeal yesterday’s conviction. There were no regrets for the threat sent to Robert Aquilina, no withdrawals, no apologies, merely the counter-accusation that Robert Aquilina, and the police, and the court, mistook for a threat a fair comment that any activist protesting in Valletta should be worried about being found alone there.

That attitude, and the notice that the decision would be appealed, signalled that the threat stands. That’s what Robert Aquilina has to live with for the great crime of being a dutiful citizen.