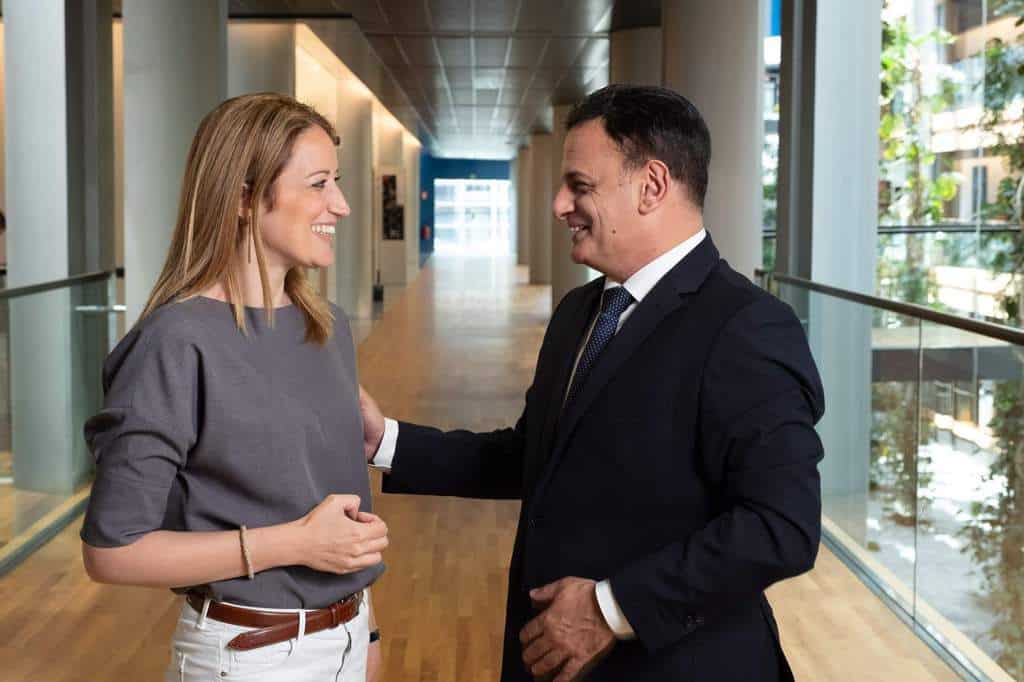 I’m no expert on the dynamics of the internal politics of the European Parliament. I can add nothing to the “informed sources” quoted by other media groups rating Roberta Metsola’s chances at being elected president. Any ‘analysis’ would be derivative, the sort a local sports commenter would give discussing the soccer world cup on TV based solely on having watched a lot of other commenters on other TVs doing it.

Like you, I’ll wait and see how far she gets. She sure moves as if she has reasonable confidence in the move and if her strategic aloofness in the domestic political scene is anything to go by, Robert Metsola works out her chances well before she steps in to find out.

My only comment at this point is an observation of her star quality. She has a presence, a rhetorical ability, an approachability, and a cool detachment that allows her to stay above it all. Those qualities allow her to stand, well after most others fall. Roberta Metsola has an intuitive understanding of the long game. She endures, putting just enough passion into her causes to be present, but keeping just enough distance not to be dragged down by them.

These may not be ideal qualities for sainthood but staying power is probably the last surviving skill for our political times when people fade so quickly.

Another observation is the irony of her quality in the context from which she arises.

The Labour Party, seemingly unassailable in Malta, its leaders instant just-add-water national heroes unblemished in the eyes of their fanatical support-base by all their accumulated scandals, by established responsibility for murder, or by unadulterated inadequacy, sends four mediocrities to the European Parliament. Their claim to distinction is isolation from their political family, voting alone with loony neo-fascists sitting atop the right-wing mountain of the chamber against common sense resolutions demanding nothing more than that the law rules in Malta.

The Nationalist Party, apparently dying of the same heart-attack for the last 10 years, whipped by a series of crushing electoral defeats that does not appear to be nearing conclusion, still limping from the wounds of civil war, and with an ever-shrinking representation in Parliament as its voting base, such as it is, continues to slip away, produces Roberta Metsola.

And David Casa, endowed with that other rare quality in the political world, zealous selflessness crowned just this week with his resignation from the governing body of the European Parliament to allow for the possibility that his colleague might replace him there as its president. I say rare quality. A proper look at things would tell us the quality is rather unique.

I haven’t waved the flag of the Nationalist Party for years and I don’t see myself picking it up in any future I can foresee. But we’re not discussing the future here. At the 2019 elections, with an aggregate level that was catastrophically disastrous for the Nationalist Party, Labour returned four MEPs who, even more so after the departure of Miriam Dalli, represent nothing more than the isolation and mediocrity of the party that nominated them.

The Nationalist Party, on the other hand, even in spite of great efforts by some within it to achieve a different result, allegedly lured by the promise of compensation by Yorgen Fenech of all people, returned two exceptional MEPs, one with a chance, by all accounts a serious one, of election to one of the three most senior positions of Europe’s constitutional structure.

I will not make the leap of drawing conclusions from that about the underlying qualities of the Nationalist Party, long covered under a superficial layer of rubble, or about the relatively greater autonomy and discernment in the voting behaviour of people who tend to vote for the Nationalist Party in comparison with those who do not. They would be blind leaps guided solely by the last thing to die, hope that one day our electorate will find its way out of the darkness.

I will instead wish Roberta Metsola well on this journey. May wherever it is that it takes her bring about changes to current political reality to more people than just her and her only other colleague in the group of Maltese PN MEPs. God knows we need it.