This is not about revolving doors at all 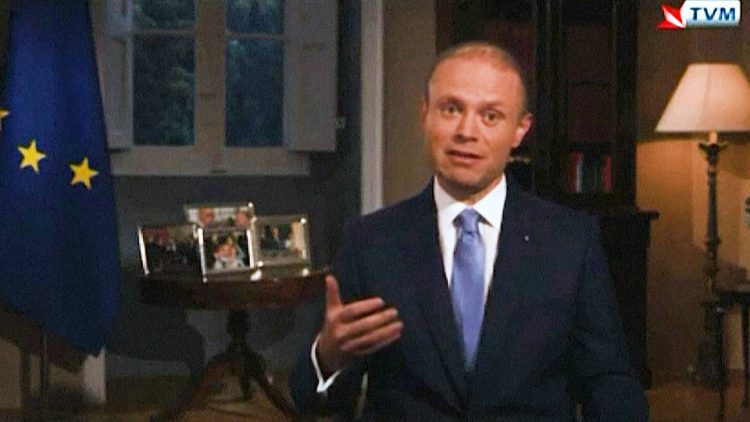 Politicians moving out of their offices to work for people they contracted or regulated as ministers behave unethically and if they find it impossible to restrain themselves from doing this there should be some inbuilt penalties that deter them or punish them.

But this is not what Joseph Muscat did. He’d like us to think he did that, because it is a viable line of defence to admit to some relatively minor fault to get away with much worse. Joseph Muscat used the phrase “paid the political price” before, reluctantly admitting error for not firing Mizzi and Schembri sooner than he did. With that admission and his resignation, he hoped to avoid losing the support of his fans when faced with accusations of complicity in crime which would cost him more than resignations and political prices. He’d have to serve time.

We keep hearing echoes of this “political price” nonsense. Edward Zammit Lewis said it of Rosianne Cutajar yesterday after he gave up his campaign of resistance against a George Hyzler report that found Cutajar guilty of ethics breaches when she took payments from Yorgen Fenech and hid them in her assets declaration.

Edward Zammit Lewis has a personal motivation to ensure Rosianne Cutajar gets off lightly. He knows he’s next.

On Sunday we learnt that Joseph Muscat was paid €60,000 (that we know of) almost immediately after his resignation as prime minister in January 2020. The payments came from the soon to be bankrupt company owned by the owners of VGH. Joseph Muscat as prime minister had just rescued them from bankruptcy when he allowed them to sell on their concession over 3 Maltese formerly public hospitals to a new buyer.

When caught, Joseph Muscat’s “justification” was that he was working for them. Legitimately. Implicitly he acknowledged someone might find this revolving door move problematic but if Repubblika are going to complain about this they should apply the same complaints to Claudio Grech, Tonio Fenech, and Austin Gatt who, Joseph Muscat said, did the same.

The three of them denied it, explaining the circumstances of their moves from the public to the private sectors, and showing how none of them had moved to work for companies they regulated or that were contracted to provide services to the government.

I can’t blame them for replying. They considered moving from official work to working for contractors they had employed or licensees they regulated distasteful. They didn’t do it because they chose not to and because their sense of propriety and restraint did not allow them to. In Tonio Fenech’s case he claims turning down offers that would have placed him in that position. They never walked through revolving doors and their silence in response to Joseph Muscat would have been an implicit admission they did.

But even as I don’t blame them, I point out that their response assists Joseph Muscat’s diversion. I’m reminded of Labour’s defence of Carmelo Abela admitting, for they could not do otherwise, that he used public money for personal advertising but saying that a specific rule banning the practice did not exist. One cannot be blamed for breaking a law that hasn’t been written, they waxed.

This is rubbish of course. The ministerial code of ethics does not explicitly say ministers must wear pants to work. That doesn’t mean it’s ok for them to receive visitors with their junk hanging out.

However twisted this line of defence is, Joseph Muscat would rather admit to the ethically questionable misdemeanour of walking through a revolving door, mitigated by the tu quoque defence that Nationalists had done it too (they hadn’t), and mitigated further by the fact that Repubblika (which didn’t exist at the time) did not complain about what the Nationalists hadn’t done.

Admitting to that wouldn’t hurt him. It’s not like he has a reputation of good ethical conduct that might suffer from that admission. This is why Austin Gatt, Claudio Grech, and Tonio Fenech needed to reply. Accepting a job from someone they regulated as ministers or senior government officials would have been less than is expected from them. If Joseph Muscat does it, we’d laugh it off as one of his lesser sins.

We’re doing Joseph Muscat a favour agonising over whether revolving door switches for politicians are forbidden with sufficient explicitness in our rules.

What Joseph Muscat appears to have done in reality is expressly forbidden: not by ethical rules that would ask him to pay a political price, which in any case he has no currency left to pay for, but by rules in the criminal code.

There would have been no point for Repubblika to go to the police on Monday after what The Sunday Times revealed on Sunday if the issue was over revolving doors. Since Malta abolished slavery when Napoleon came over, it cannot be a crime that someone works for anyone. In the employment world if someone breaches a non-compete clause in a contract they are liable to pay civil damages. The police don’t get into it. And if Tonio Fenech and the others really went to work for organisations they regulated or contracted as ministers (they didn’t) it wouldn’t have been a police matter either.

The thing is Joseph Muscat’s basic claim that he “worked” for VGH and earned his money through his labour as a private individual, commenced and completed when he was not prime minister anymore, is just not credible.

It looks like a lie. He resigned in January. He wants us to believe he set up a consultancy, recruited from scratch a client, drew up and completed the work, delivered it, raised his invoicing, and received a very substantial payment within a few days of his resignation.

The fact the “client” was someone he knew when he was prime minister is unethical, problematic, should be challenged, and frankly, neither here nor there.

What really matters here is the “client” is no client. The “work” is a cover for a bribe paid to Joseph Muscat for services rendered not merely when he was prime minister but, far more seriously, the services could only have been rendered by someone who was prime minister and could decide to forego the government’s right of cancelling the VGH concession on grounds of bankruptcy and reclaiming the hospitals to public ownership. Which is what he did.