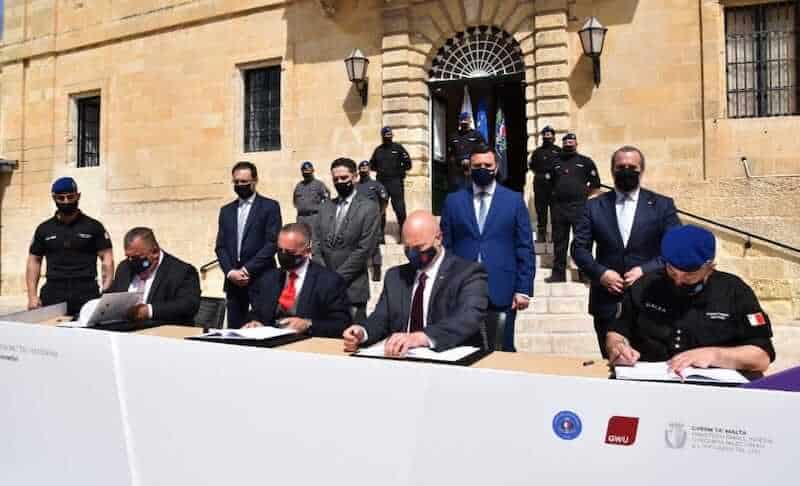 The General Workers’ Union – and I will say more later about the fact that a theoretically socialist labour union could do such a thing – yesterday announced that 94% of people working inside the prison signed a petition praising Alex Dalli and asking for him to be brought back to run the show.

By ‘people working in prison’ I mean here people who go home when their shift is done.

They said in their statement that before Alex Dalli came to prison three years ago they “suffered intimidation”. At whose hand? Certainly not at the hand of prisoners. Malta Today reports – giving names – that the most hardened of prisoners are gathering a petition of their own.

Everybody loves Alex Dalli. Everybody wants him back, prisoners and guards, body parts of this Frankenstein’s creature sewn together with Alex Dalli as its grinning head.

Let us park for the moment the outrageous notion that the choice of prison chief is somehow a popularity contest in which prisoners and employees get to vote their favourite. Let us instead interpret what 94% could possibly mean.

No freely-taken, democratic ballot about anything would yield that sort of result. If a ballot was taken among prison staff on whether the earth was flat I would bet the contingent of flat-earthers would amount to a minority greater than 6%.

94% is the sort of result you would expect in a ballot in Belarus or China. In other words, to obtain that sort of consent and support, ingredients outside the autonomous and freely exercised opinion of the voters will need to be thrown in the process. Some examples would be intimidation, fear of reprisal, bullying, or something less sinister such as the Alex Dalli application of Pascal’s wager.

Blaise Pascal suggested doubters in the existence of God should behave as if they did believe in God, just in case. If God did not exist and there is no afterlife, they’ll never know they were wrong about living as if he did. That’s a much better outcome than finding out on the day of the Last Judgement that they had been mistaken in assuming God did not exist. I am grotesquely over-simplifying the argument but when comparing Alex Dalli with God, unless one is Alex Dalli, grotesque over-simplification is de rigueur.

How many of the 94% genuinely think Alex Dalli is the best thing since brittle plastic knives for prison chicken breast, and how many of them work out that if he never comes back no harm would come of their signature under the petition supporting him, but there would be hell to pay if they refuse to sign and he does come back?

There are, no doubt, genuine supporters of Alex Dalli in those ranks. Simon Mercieca was stoking them with his flaccid wand a few days ago telling them that I plan “to come to power” and “make them lose their job”. His audience on Team Alex proceeded, like predictable infants at the tail end of a power trip, to vomit in my general direction on their Facebook pages. Me “coming to power” is as likely as Simon Mercieca coming to the papacy.

Still, I did argue that anyone who has crossed the line of legal limits under Alex Dalli’s protection and on his instructions will be worried they might get into trouble if the boss doesn’t come back. They don’t need me to tell them that. Two of their colleagues are facing charges in court after 1 of 14 suicides in the last 3 years.

Anyone with anything to hide, anyone with anything any prisoner might, if they feel free to do so, speak up about, will right now not only be among the 94% but mobilising others soliciting, cajoling, bullying or Pascaling their signature out of them.

The prisoners who served as kapos in Alex Dalli’s regime in exchange for the slices of power he gave them would be doing the same. If there’s any hope their rule might last longer they’ll do their bit to keep it there.

All this is happening because the government retains Alex Dalli in “suspension”, a constant possibility that he might return.

Objectively speaking then the 94% petition is meaningless, a silly, irrelevant exercise of neo-Soviet propaganda masterminded by a disgraced local official desperate to cling on to the little empire he used to call his own.

Giovanni Bonello’s article today explains why the excuse that people in prison are more likely to want to kill themselves than people outside does not exonerate the state from its obligation to do anything in its power to protect lives, save the lives of prisoners too, remove from them the means to kill themselves, and mitigate the causes of their depression and desire to die.

Giovanni Bonello’s argument is legal, based on his knowledge and experience of human rights law.

But human rights were not carved on the side of the Sinai, written by the inscrutable mind of a faceless God. Human rights are the outcome of the struggle of the weakest against tyrants. And this, the right to life, is the first and most fundamental battle of any revolution, any rebellion waged by Roman slaves, English peasants, Russian sailors, and ‘yard workers down Bormla way.

No. They speak for Alex Dalli, he who has made a career out of using his personal contacts to set himself up, using his relationship with Joseph Muscat to get himself rapidly promoted and just as rapidly retired, to allow him to cash a higher rank service pension topped up with the personal fiefdom in Kordin. 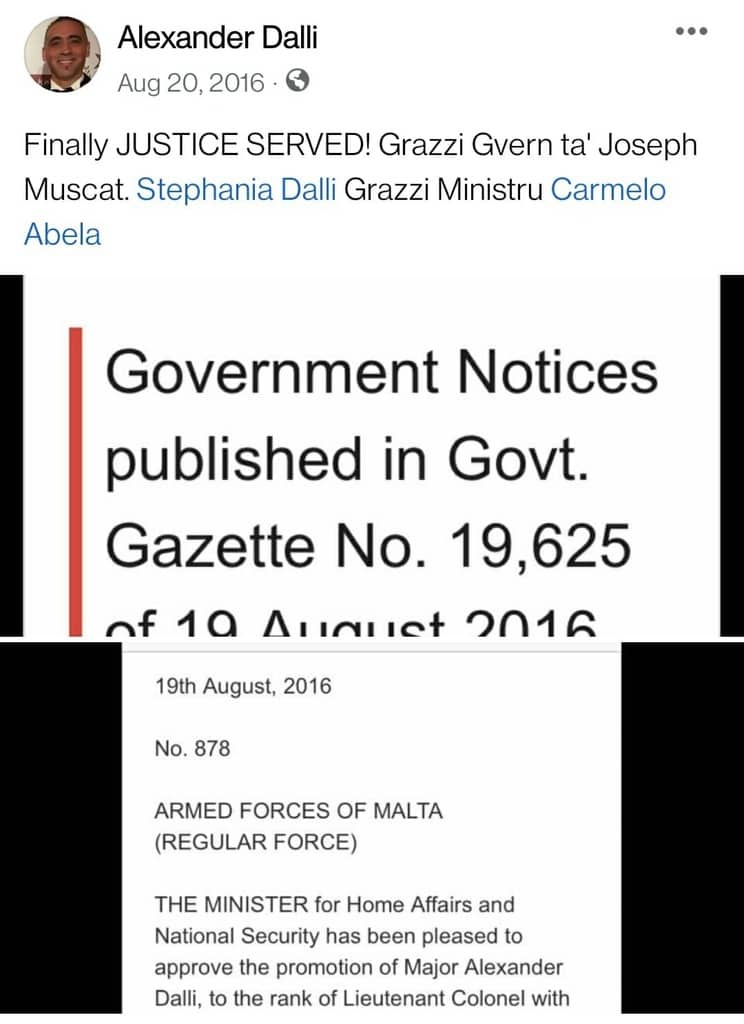 The General Workers’ Union speaks for the man with the gun in his holster, the man with the friendship of the strongest in the country, and, in addition to all that, the man who gets a little help from his union. Just in case.