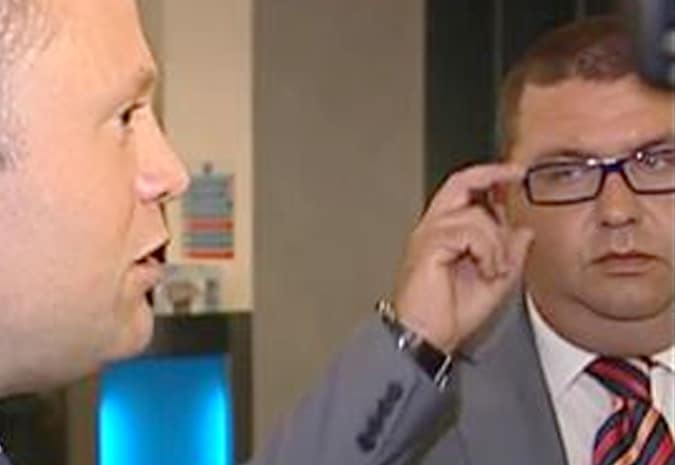 To justify his very public assault on the inquiring magistrate who ordered a search in Joseph Muscat’s home and officer, Glenn Bedingfield refers to past criticism of Judge Consuelo Scerri Herrera and Judge Giovanni Grixti by people like the author of the blog you’re reading.

He specifically refers to me writing about Magistrate Charmaine Galea saying I threatened her when I criticised her decision to acquit Neville Gafà for threatening Nello Scavo. Well, the whole point there was that she didn’t consider the words used by Neville Gafà as threatening so having used them on her, by her judgement at least, should not have amounted to a threat.

Be that as it may, I’m fucking nobody. What I say, what Repubblika says, even what an Opposition MP might say about a decision of the judiciary only reflects what the person doing the talking feels. When Glenn Bedingfield (or even worse Robert Abela) rises to their great heights in Parliament or in Castille to admonish a member of the judiciary that is the hand of the executive power being slapped on the judiciary tasked with keeping executive power in check. That’s the difference Glenn Bedingfield. You tyrants have power. When you wield it against a judge or a magistrate it hurts. When I criticise Giovanni Grixti he will need be dismayed like a lion chased by a hare.

Glenn Bedingfield was in a bashing vein in his speech so he moved from the inquiring magistrate to the Ombudsman and the Commissioner for Standards, proceeding to bash them at will for “becoming the opposition” even though they had absolutely nothing to do with the search on Joseph Muscat’s house. Once you’re rounding up enemies, might as well round up all the usual suspects.

Robert Aquilina of Repubblika has joined those ranks. Glenn Bedingfield accuses him of being the real mastermind behind the search on Joseph Muscat’s house speaking in the case against him two truths as book ends to a serious of easily disproved lies.

Truth: Robert Aquilina together with a number of other Repubblika activists filed in 2019 a request in court for a magisterial inquiry into the privatisation of the hospitals. The government resisted the filing and won an appeal to have it dismissed but ultimately the courts decided to start the inquiry which is now nearing conclusion.

Also, truth: When last November Times of Malta reported that Joseph Muscat had received payments from a company associated with VGH, awarded (corruptly we allege) the hospitals concession, Robert Aquilina filed a note in the inquiry to draw the magistrate’s attention to what Times of Malta had reported (never denied, by the way) and suggest that the magistrate discusses those findings with Joseph Muscat.

To suggest then that because he asked for the inquiry to happen Robert Aquilina somehow controls the inquiry is not only false, and more than a little silly. It impugns the integrity of the inquiry and the magistrate conducting it. You see, casting doubt on Robert Aquilina is merely a secondary objective. The primary objective is discrediting the judicial process that might by its end conclude there is enough evidence to press criminal charges against Joseph Muscat.

You can hear it in Glenn Bedingfield’s voice and you can read it in his words. They hate Repubblika. They hate the free expression of civil society. They hate democracy. I’ll explain why in my next piece.