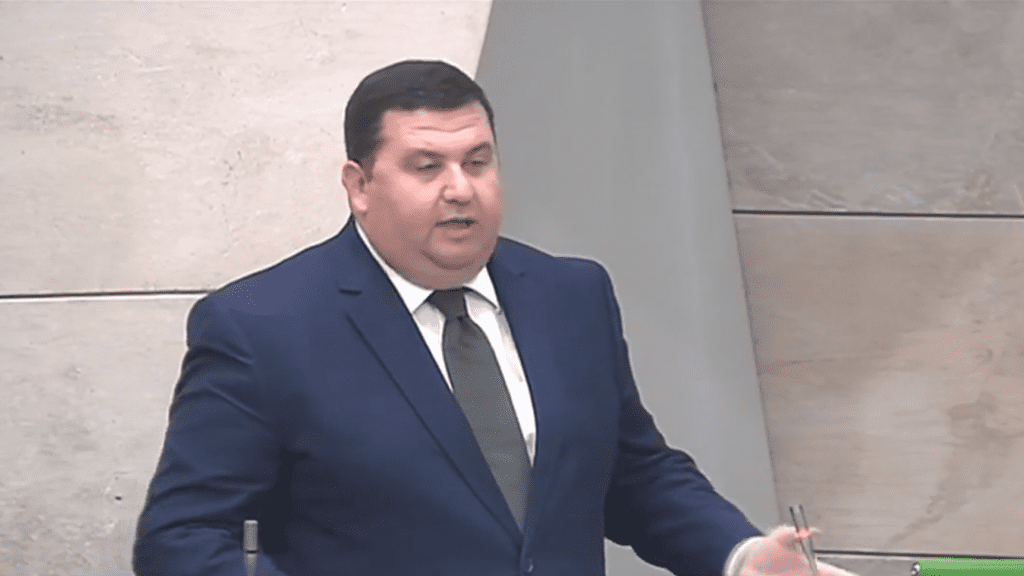 People who have read too much history for their own good cannot escape the sadness that the present events must cause them. Glenn Bedingfield took the floor in Parliament yesterday for a 15-minute rant of scapegoating hatred identifying targets for the enmity of his party’s followers. He named the enemies of the people du jour identifying them for popular derision, perhaps worse, should they choose to persist in resisting the sweep of authority of those on whose behalf Glenn Bedingfield speaks.

Before giving a two-minute rendition of his poor or deceitful understanding of the function of institutions that should be independent of government, Glenn Bedingfield started with setting the tone of his speech. This, he said, was a speech borne of anger. He was, he said, reflecting the anger of the people he represents. In reality he was stoking his listeners’ anger replacing their state of shock and confusion when they saw the house of their great leader Joseph Muscat, the god they’ve been taught to worship, searched for evidence of crimes he is suspected of perpetrating.

Anger is the emotion that dictatorships in the making need to stoke in order to survive. They provoke their followers to seek the enemy within, to save the fatherland in great danger, to prevent the evil return of an establishment they conjure from thin air.

Glenn Bedingfield starts his short list of enemies of the people with the courts. The courts, he said, must not ignore what the people expect of them. If they ignore the people, they’ll be ignoring those who pay their salaries. He puts this in the context of the magisterial order for a search in Joseph Muscat’s property. The “people”, Glenn Bedingfield says in reference to no one in particular, do not want Joseph Muscat investigated or his house searched. So, the courts should not have ordered the search and should stop the investigation.

This is what I mean by a poor or deceitful understanding of checks and balances, in this case specifically judicial independence. The courts must be independent and free of any pressure from civil society or Opposition interests (as indeed they should be) but, Glenn Bedingfield insists, they must not be independent of the views of his (and Joseph Muscat’s) angry opinions.

He complains, rather pathetically, that a police search at 7 am is “inconvenient for a family”. Our gas cylinder supplier honks his 300-decibel horn in our streets at 06:35 every Wednesday morning and I don’t complain even though I’m not suspected of major crimes. There is a reasonable limit for police searches. This is not Soviet Russia. The police can’t come knocking at your door at 1 am unless they have good reason to think you’re about to kill someone. 7 am on a school-day does not seem unreasonable. Any time after that it is reasonable to expect everyone in to be out to school or work.  Cut the crap, won’t you?

He then proceeded to call the search in breach of the magistrate’s ethical obligation of dignified and ethical conduct. Want to know why? Because, shock horror, the police looked into the school bags of the suspect’s children in case anything was hidden there. It’s called a search for good reason you pompous ignoramus. Search does not mean taking from the suspect a file he had already prepared when, by his own admission, he had been fully expecting the searchers to show up beforehand. Search means look for places where the suspect may have hidden the evidence. The kids’ bags doesn’t seem unreasonable to me one bit.

Glenn Bedingfield used this heartstring-tugging melodrama about a peep in the kids’ bags to name, accuse and intimidate the magistrate who ordered the search. Not only does he say she acts under the pressure of outsiders, she does so with the relish of unethical and undignified conduct.

Glenn Bedingfield says he fully expects to be criticised for attacking the inquiring magistrate in this way. He has a tu quoque up his sleeve. More about that in my next piece.