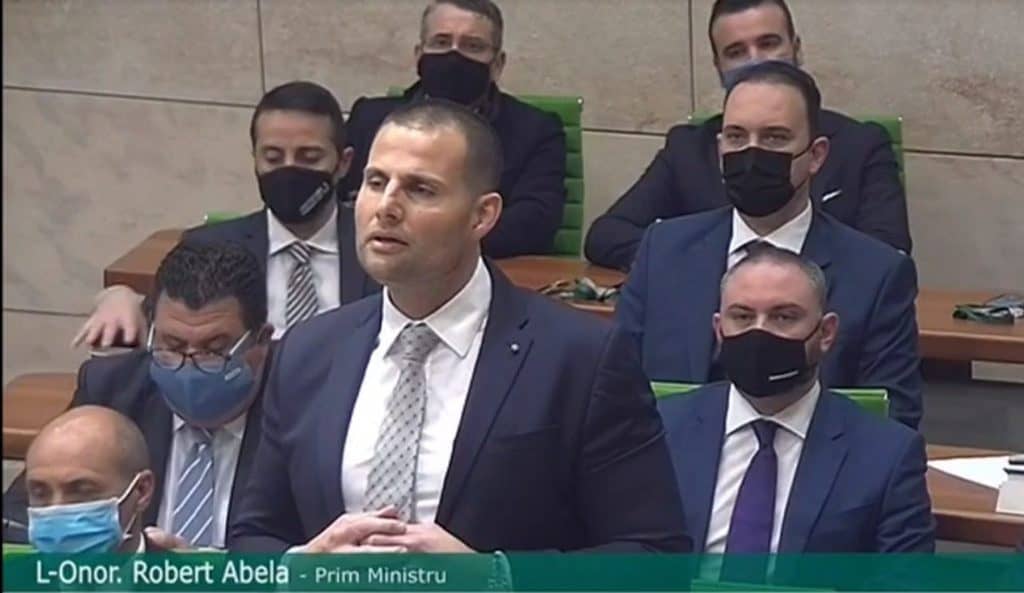 I agree with this blogpost by Desmond Zammit Marmarà who expressed disgust on Newsbook at the cynical use of the ‘co-option’ formula to smuggle unelected people into Parliament. He explains the procedure and its misuse well, so read his article for background. I have also commented in the past (here’s a collection) particularly on the circumstances surrounding the co-option of Adrian Delia that was closer to the election of Caligula than to a process in any way deserving of the term democratic.

After the imminent fifth co-option in Labour’s ranks, 12% of all MPs will be people who did not even feature on the ballot sheet when the electorate was last called upon to choose their MPs.

I will add a few observations to Zammit Marmarà’s comments.

The first is that the need for co-options exists because we have multiple-seat constituencies. An electoral division in Malta elects 5 MPs (not one). In our two-party system there is a natural majority for either party in each district but a minority gets to elect at least one MP of the 5. That means that when an MP needs to be replaced because of resignation or death, a proper by-election where the constituency gets to vote again would inevitably elect an MP from the majority party rather than an MP that reflects the voting intention of the voters who had voted for the MP that has just died or resigned.

In other words – and it is a supreme irony of democracy that this is a sacred but often unrecognised truth – an actual ballot with people casting their votes would prove less democratic than some other more enlightened way of choosing a replacement.

Let’s give a practical example. Say Evarist Bartolo were to resign his Parliamentary seat. (Assume no wrongdoing or any sinister reasons for his hypothetical resignation for the sake of the present argume). He’s elected on behalf of the 10th electoral division that even in the worst of times is very likely to return a majority of votes for the PN, because Sliema and surroundings have a rather well-established majority of PN voters. That means if Bartolo were to be replaced by a popular vote in his district, the voters who voted for him in the general election would be entirely disenfranchised. Which would not be fair.

Consider for clarity a straight ballot to elect a government in Northern Ireland where Catholics are a large minority, a fact that is not likely to change under normal circumstances of political evolution. Protestants would always rule over Catholics if the choice of government were to be a straight election of one-person-one-vote. To be democratic a system of choice must have rules that might intuitively seem less democratic than a show of hands. In our Northern Ireland case, Catholics, though a perpetual minority, need to be included in a “power-sharing” model that takes into account their existence.

The ‘solution’ to our problem of resorting to co-options instead of by-elections that disenfranchise voters belonging to a minority in a constituency would be to have single-member constituencies.

That would allow proper by-elections to happen when a seat is vacated and it would be up to voters to decide if they want to change the political party of the MP that represents them. It would also allow us to have recall ballots where constituents can force by petition a ballot on whether to retain their MP after the MP is found doing something wrong or replace them even during a legislature.

For example, if Rosianne Cutajar or Justyne Caruana represented a single-member constituency with a recall system, their constituents might meet their refusal to resign their Parliamentary seats after the Commissioner for Standards found them in breach of ethical rules by forcing on them ballots in their constituencies without waiting for the next general election. They have this in places like the US and the UK. It would be far more complicated here with multiple-seat constituencies for the same reasons explained in the hypothetical Evarist Bartolo scenario above.

There would be disadvantages if we were to switch to single-member constituencies. Even if preference voting like the single transferable vote is retained for single-seat constituencies (the Australian Senate is elected that way, they call it Alternative Voting), in constituencies contested by more than two candidates, the candidate with a relative majority wins. When all constituents elect their MPs, a political party can obtain a large Parliamentary majority by defeating multiple parties who between them enjoy on aggregate an absolute majority of votes. They’re comfortable with this in the UK where a political party obtaining some 30% of the national vote could easily control 60% of Parliament. For us this would be a step back.

That’s why some people argue for Malta to have even less electoral divisions (with more MPs elected from each division) and some even argue for the abolishment of all electoral divisions altogether. Because the less divisions there are the narrower would the gap be between the national ratio of votes obtained by political parties and the number of seats those political parties control in the Parliament that is elected.

Quite the dilemma then. We hate co-options but it looks like we need them.

The problems are not just numeric. They are also systemic. Robert Abela is using the co-option system because he took over Joseph Muscat’s Parliamentary group midstream and he was desperate to introduce some allies of his on the team, such as Clyde Caruana and Oliver Scicluna.

Robert Abela’s concerns are not Parliamentary. They are administrative. He wants and needs to bulk up his government with people who owe their jobs to him (rather than to his predecessor) and in some cases being an MP is a job requirement for an executive position. He could hand-pick Clyde Caruana as his chief of staff but when he wanted to hire him to run the finance department he couldn’t unless Clyde Caruana was magically made an MP.

I say magically, because the only other way, and the only proper way of being made an MP is by being elected to the post by the people. Robert Abela used the Joker. Five times.

Now I’m not that naïve to think political parties and political leaders do not manipulate voters to get their favourites elected to Parliament. Without Joseph Muscat’s say-so someone like Konrad Mizzi could never be elected to Parliament. Joseph Muscat did not recommend Konrad Mizzi as a representative for the needs of the people of Paola and surrounding villages. He wanted someone to head the energy department and he got Labour Party voters to hire Mizzi for him.

The cynicism is not just mid-term then. It happens all the time. And that takes us to the root of the problem here. We have a Parliament which is not a parliament. It is an ante-chamber for government. We have Ministers and Ministers-in-waiting but we do not have people’s representatives.

If we did and if people cared that their choice for MP is reflected in the actual election of an MP, people who voted for the MPs who have just been asked to stay out of the casual election to replace the last Labour MP to resign would be up in arms at the prospect of having their own choice overruled by Robert Abela’s fancy. The king chooses a representative of the people for them and the people are fine with that. Truly a well-functioning tyranny.

There are a few indefatigable exceptions to the broad generalisation I am making that our MPs are not proper representatives of their constituents, of course. There are a handful of people in Parliament who are mindful of their primary duty of speaking for their constituents, whether they voted for them or not. But the system is twisted against those conscientious MPs. The government can afford to ignore them. And it does.

I agree therefore wholeheartedly with Desmond Zammit Marmarà that the abuse of the co-option system is undemocratic but I would point out that it is broadly symptomatic of a deeper malaise. I know it’s not foremost on many people’s mind, but it would be nice if we realised that we do not have a Parliamentary democracy in our country, but an elected oligarchy not too far off the Doges of Venice and we owe it to ourselves to think about how the people can have a role in the running of their own affairs.

We still need to have the French Revolution it seems.

We could start by having a Parliament made of people chosen by voters, rather than by the whims or strategic needs of either one of two party leaders accountable, albeit barely, only to their parties rather than to the electorate at large.

Previous:Everybody in Shawshank is innocent
Next:Here’s the decision you’ll have to make this year