Here’s the decision you’ll have to make this year 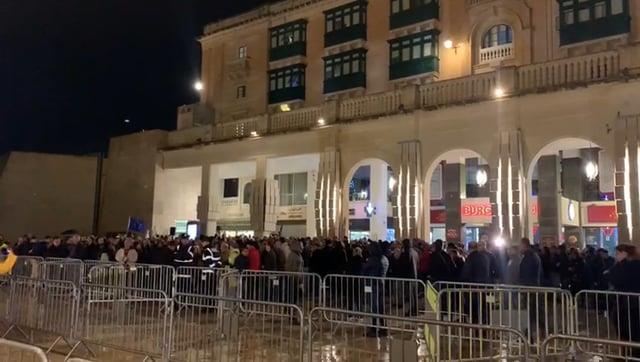 I’m going to take a wild guess at your profile based only on the mere fact that you’re reading this. You’re appalled by the Labour Party. You probably, though by no means necessarily, have always been. But even if you supported the Labour Party right up till about 2017, you now realise just what horror Joseph Muscat’s administration amounted to and how unable and unwilling Robert Abela’s administration is to right those wrongs.

You are still angry about the corruption, the bribery, and the impunity. You are still sad, embarrassed, angry, and frustrated by the killing of Daphne Caruana Galizia and the country’s apparent inability to obtain justice and change in the aftermath of that singularly dark event in our history.

You crave political change which does not necessarily mean to you a rewind to the eve of Joseph Muscat’s first election in 2013. Whatever your feelings about the PN under Lawrence Gonzi or Simon Busuttil, you are horrified by the path the PN took under Adrian Delia. You were relieved when he was replaced, but you’re not exactly swept off your feet by the seductive charms of the current Opposition party.

You would if you could look for a party that best represents your aspirations that are not necessarily material. You aspire to clean politics, public discourse that is inspiring but not detached from common sense, and a social agenda that reflects your world view. If you read this you’re more likely than not of a liberal persuasion. If you’re conservative your relationship with this website is a little bit more removed. You like what you consider common sense. You are put off by departures from it.

You sometimes consider voting for minor parties or independent candidates. If you read this you are horrified by rabid racists. You are probably quite concerned by the degradation of the urban landscape and the erosion of what rural space is left, which draws you to the Greens because they’re the only ones who are really consistent on the subject. But is there enough capacity for a serious challenge in an election there? Is there enough common sense?

If you read this you find simplistic explanations of the malaise of the world based on plebeian v patrician bases as unhelpful and antiquated. Not everything can be explained away with class struggle and not everything can be solved with a dictatorship of the proletariat. Windmill tilting against ‘established’ classes that exist only in the quixotic minds of radicals get us nowhere.

But that doesn’t mean that the quixotic windmill-tilters are always wrong. Quite the contrary. Greed and its adoption as a new form of religious practice are indeed at the root of the sickness of our public and community life. And the greedy tend to have more to begin with than their victims. Insatiable construction magnates, and casino tycoons, who bribe, or kill their way to greater wealth are an established elite. Being wealthy is not an inevitable cause of corruption, but it is a manifest motivation for it.

You want your politicians to confront this reality but your objection to the power of the wealthy is not principled on envy and you don’t want your politicians to be either lackeys of the rich or enemies of those who would be. Your values call for equality of opportunity and, perhaps more importantly, justice and the rule of law. You want a playing field where being rich or being powerful are not the same as being above laws that restrain everybody else. You want rights that are universal to all, especially the voiceless, the poorest, and the weakest. And you don’t want anyone jumping the queue by stuffing the pockets of the bouncers at the gate.

These are major issues you’ve had occasion to reflect upon these last four years because you find yourself grown since in your world a journalist has been killed and your initial confusion and anger evolved into a cool analysis on what needs fixing.

Politics for you a handful of years ago was about a political party being better than the other. Politics for you now has become the condition of life, the reason why you would call a country your home or a place you want to escape from as soon or as often as you can, whether leaving permanently, temporarily, or merely privately by living your life trying hard to think of everything but the rot you cannot cure.

And now you’re coming up on a general election. You will be invited to cast your vote for the first time in an election that has the potential to provide history with a response to the killing of Daphne Caruana Galizia, the corruption that caused it and the impunity that followed it.

There’s no box in the ballot sheet that on its own gives the answers you have been articulating for four years in your mind. There are many boxes that are clearly in conflict with it.

The names of Robert Abela and the candidates who prop him up are listed on the ballot sheet alongside empty boxes where people whose answer to Daphne’s killing is that that was a good thing can express their preference. It isn’t yours.

The names of Adrian Delia and the candidates – very few remain – who prop him up sit alongside boxes where people whose idea of politics is hollow bluster and a reluctant admiration of Joseph Muscat’s populism and popularity can express their preference. It isn’t yours.

There are the names of independent candidates and candidates from small parties some of whom you admire, some of whom you feel are closest to what you would like your representatives to say on your behalf. But even if this is your preference you are plagued by the realisation that preferring them is an implicit, involuntary, inevitable ticket to Labour.

For that matter the names of candidates on the PN ticket that you support are also mathematically quite unlikely to attract enough support to defeat the sort of hegemonic power enjoyed by the Labour Party.

The air of futility, the helplessness of holding a flickering candle on a cold night at a poorly attended protest vigil runs up your spine as you look at your ballot sheet and the greatest weapon in the restricted arsenal of the citizen in a democracy feels like little more than an asymmetrical origami airplane.

And yet, you’ve got to decide where you want to be when the votes are counted. You can’t control what the majority decides but what you decide is entirely up to you.

I don’t want to overstate the significance of that because Joseph Muscat’s political and other crimes are there for everyone to see. It is not the vision of some that realise the obvious that we should stop to note, but the blindness of all the others who continue to refuse to see it.

Mark Camilleri’s enlightenment though is almost as limited as it has ever been. He speaks of the PN as representative of “the other class”, acknowledging, by way of example, the “honesty” of Simon Busuttil but rejecting him as a potential candidate for his vote because, Mark Camilleri says, Simon Busuttil represents a class Mark Camilleri considers different from, and in unending struggle with, his.

As we all know Simon Busuttil will not be a candidate in the election but the point Mark Camilleri makes here is that it would not matter to him if the PN was led by the Messiah, a perfect genius of charisma, sincerity, and capability, he would still not vote for her. Because class.

The brittle weakness of that view of the world is evidenced by the fact that the inevitable extension of Mark Camilleri’s logic is to think that dishonest leaders of the Labour Party are representative of what by inference must be a dishonest class. Honesty or dishonesty do not come in economic groupings. Not everything can be explained that way.

As much as it is also impossible to predetermine inspiring politics and leadership on the basis of economic class. Voting for the corrupt (or allowing them to be re-elected by refusing to vote for the alternative) until the party of the corrupt shows up with someone honest is no way to bring about the much desired and, by Mark Camilleri’s account, desperately urgent need for change. Without change Labour “will destroy the country”, Mark Camilleri says. But he would not let the PN save the country from that destruction.

What’s your decision going to be?

If you’re reading this you probably want your decision to have the best, however slim, chance of defeating the Labour Party. You may need to hold your nose and vote for the ordinary and uninspiring over the glitzy and the corrupt. You may need to question your class heritage, though if you ask me you should wonder if it really exists or if all this talk of class is there to fit neatly in a narrative of history that feels compelling with but has long ceased to have any relationship with reality, if it ever did. You may need to vote for candidates that are less obviously representative of your opinions than others but with a better chance of securing Labour’s defeat just because they belong to a political party that can mobilise substantial numbers, even if likely insufficient for anything like a majority.

Even if your decision proves insufficient to reach the goal of defeating Labour you should be able to tell yourself that you’ve done your bit, or, to keep things in the negative environment that is likely to follow a re-election of the Labour Party, that you didn’t do anything to help that outcome come about.

Your 2022 is here. Politically you must now decide to get busy living. Or get busy dying.