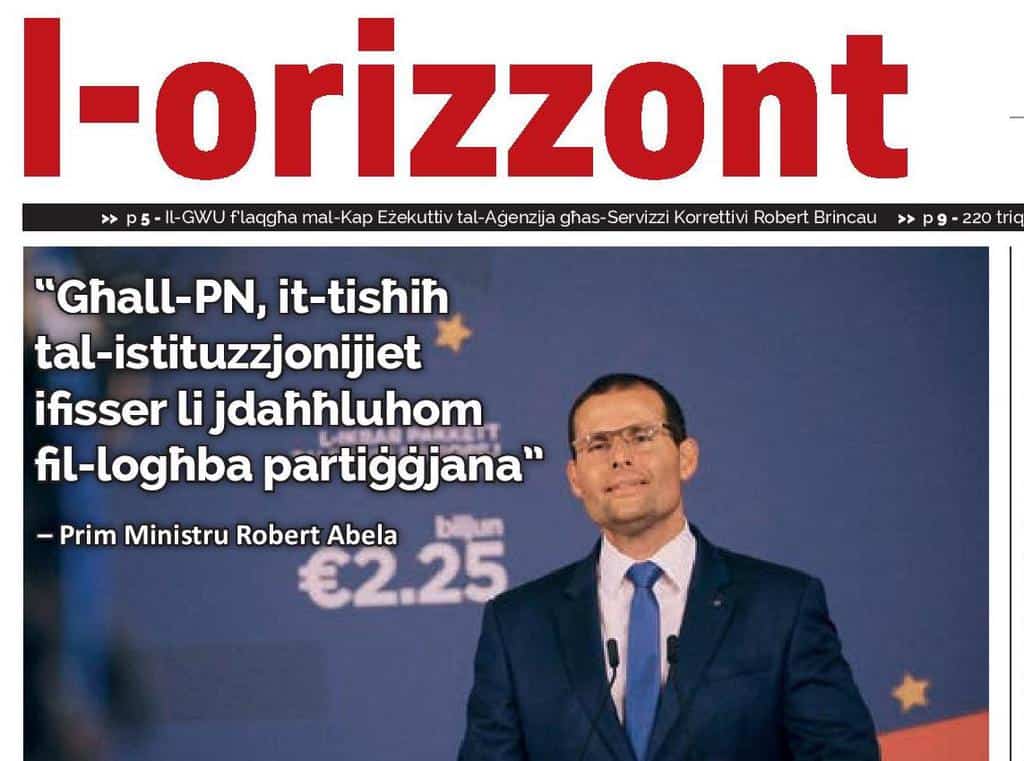 Robert Abela cannot outplay Joseph Muscat’s tune so he dances to it instead. Consider the quote on l-orizzont’s front page today: “Għall-PN, it-tisħiħ tal-istituzzjonijiet ifisser li jdaħħluhom fil-logħba partiġġjana.” That’s a direct quote from remarks by the prime minister who, while denying he’s doing just that, is increasing the pressure on the inquiring magistrate looking into the hospitals corruption scandal.

Robert Abela is not accusing the PN of being partisan. Of course the PN is partisan. It’s a party for crying out loud.

This accusation is baseless but even if it weren’t, there’s a due court process where someone accused of a crime can argue about bias and prejudice they may have sufferred without getting a prime minister to do that for them on newspaper front pages. A magisterial inquiry is not going to decide on guilt or innocence. The task of the inquiring magistrate is to collect evidence even if it is hidden in the likeliest of places such as a mobile phone the suspect says belongs to their child.

The magistrate can then draw her own conclusions on what the evidence in her possession suggests. But that is a long way away from guilt and punishment. Only someone who is fearful of what the evidence against them says will seek to undermine an inquiring magistrate or worse, seek to intimidate them.

Read why this is bad in my next piece.