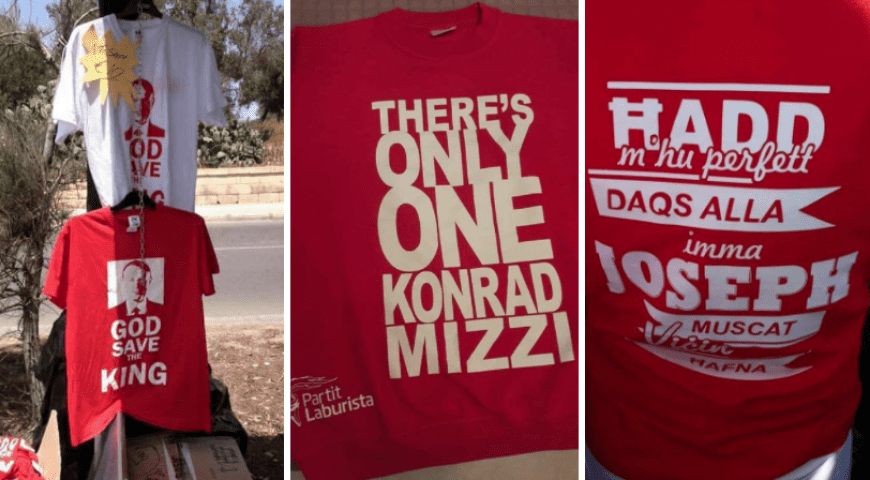 If you think about it, Joseph Muscat’s legacy is nothing more than having given supporters of the Labour Party cause to celebrate in the street after winning elections, to taunt their Nationalists neighbours locked up in their homes in the hours after a ballot, to have been able to do that to their neighbours after 25 years when the reverse was true almost all the time. That’s all these people got from Joseph Muscat: bragging rights, a family album of Facebook memories of embarrassing drunken street parties.

And for that they think he has the right to wet his beak to his heart’s content.

Again this bragging rights business is an aspect of this being a cult, not a political grouping. Like a little self-anointed messiah Joseph Muscat can grant his followers nothing material or of consequence. I mean, how long will you support a corrupt politician for saving you money on your local nursery?

What can Joseph Muscat do for them now? Pay them to come out into the streets for him? Hire them to burn down the court building?

What reward do his supporters reasonably expect? Nothing. There’s nothing reasonable about this. It’s a cult. All this challenges the commonplace idea that Maltese people follow the interests of their pocket and nothing else. If they did they’d be asking for Joseph Muscat to refund whatever he pocketed and move on to the next populist leader. It seems that Joseph Muscat’s supporters are more enlightened than that. They’ll follow their piper over a cliff if the tune he plays is sufficiently annoying to anyone who dares disagree with them.

Robert Abela cannot beat Joseph Muscat. He can instead do what he’s always done, follow him. More in my next piece.