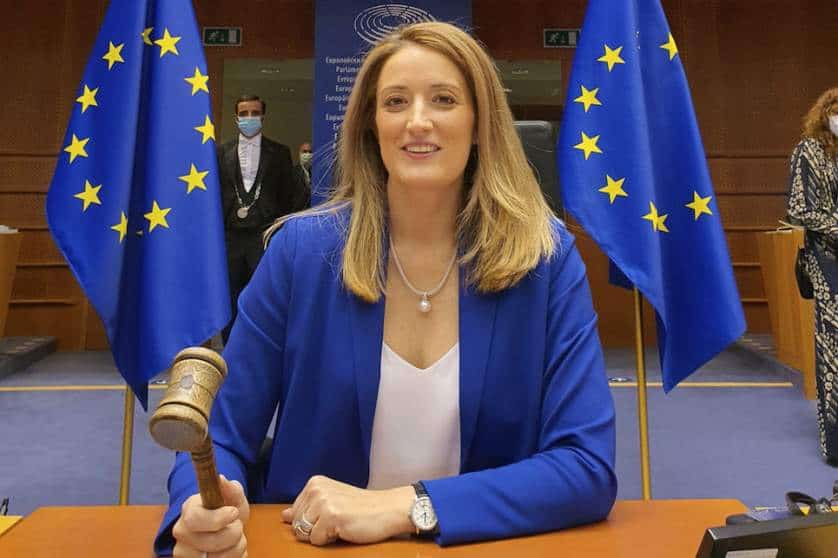 The European Commission is the bed rock of the European Union. It is in charge of proposing legislation based on the Treaties, executing the decisions taken by the Council and monitoring the implementation of existing rules, that is ensuring that Member States respect EU law. The European Commission’s President is the German Ursula von der Leyen.

The Council represents the member states’ governments. It is the forum in which national ministers from each country meet to adopt law. The Council is a co-legislator with the European Parliament and the two institutions work together to adopt EU legislation. The President is Charles Michel from Belgium.

Roberta Metsola, representing the Nationalist Party, is the youngest ever President of the European Parliament and is the highest-ranking any Maltese politician has ever held.

Metsola is a lawyer specialising in European law and politics. She served as Malta’s Legal and Judicial Cooperation Attaché within the Permanent Representation of Malta to the European Union, and from 2012 to 2013 as legal advisor to the high representative of the union for foreign affairs and security policy.

Roberta Metsola was born on 19 January 1979. In her student years, she formed part of Studenti Demokristjani Maltin, the National Youth Council and the Moviment Żgħażagħ Partit Nazzjonalista. She was later elected Secretary General of the European Democrat Students the student branch of the EPP.  She also held posts within the European Youth Forum. In 2002, she was elected vice-president of the Youth Convention on the Future of Europe which paved the way to her being closely involved in the negotiation and drafting of the European Constitutional Treaty and later, the Lisbon Treaty.

In November 2020, Metsola was elected as First Vice-President of the European Parliament. She was the first Maltese MEP to become a Vice-President. A year later, last November, Metsola was chosen by the EPP as their candidate to succeed David Sassoli as President of the European Parliament. Two other MEPs – Austrian Othmar Karas and Dutch Esther de Lange – had submitted their candidature alongside Metsola’s. MEPs from the European People’s Party chose Metsola. Roberta received 112 votes, de Lange 44 votes and Karas 18 votes.

Sassoli who was hospitalised with pneumonia last December announced that he would not seek a second term as President, making Roberta Metsola his likely successor. Sadly, David Sassoli died on 11 January this year, just a week before the Parliament was due to vote on his successor.

Roberta Metsola is celebrating her birthday as the new European Parliament President after today’s vote which saw her obtaining 458 votes and elected in the first round.

Three other candidates from smaller groups had also put their names in the race: Swedish MEP Alice Bah Kuhnke, representing the Greens, Polish MEP Kosma Złotowski of the European Conservatives and Reformists and Spanish MEP Sira Rego a member of the left group.

Metsola’s name will be added to political giants like Alcide De Gasperi, Robert Schuman, Emilio Colombo, Pat Cox, Martin Schultz and Antonio Tajani who all were former Presidents of the European Parliament.

As President, Roberta Metsola will be representing Parliament in all legal matters and external relations, particularly international relations. When the European Council meets, she as President will address it to give the Parliament’s position on subjects on the council’s agenda. She will also take part in Intergovernmental Conferences on new treaties. Her signature will also be required for the budget of the European Union and Union acts adopted under the co-decision procedure. Roberta will also chair conciliation committees with the Council under these areas.

They say comparisons are odious but it is only natural to compare how representatives of the Partit Nazzjonalista and the Partit Laburista fared at European institutions since Malta joined the European Union nearly 18 years ago.

One of the first representatives of the Labour Party was Joseph Muscat who was totally against Malta joining the EU but had quickly handed in his nomination to run as an MEP. His stint is mostly remembered for an incident when he stompedhis feet because no Maltese translator was available for his two-minute speech at the European Parliament. He did not read his speech. Muscat resigned from the EU Parliament to become Leader of the Labour Party and later prime minister. He was forced to resign his premiership after mass protests by civil society against government corruption. He was namedby the OCCRP the world’s most corrupt politician of 2019.

Helena Dalli was nominated by the Maltese government as EU Commissioner. In November 2021 as Commissioner for Equality,  she launched internal EU guidelines for “inclusive language” effectively banning offensive words like “Christmas”, “ladies and gentlemen” and abominable names like “Maria and John”. The guidelines were criticised by politicians across the European political divide. They were eventually withdrawn.

Today is a great day for Roberta Metsola. Today is a historic day for the Partit Nazzjonalista. Today the world can see what Malta and the Maltese are all about. We are showing our real values, not those of the corrupt ones.

Previous:Not bad for a traitor who hates Malta
Next:Not before the election