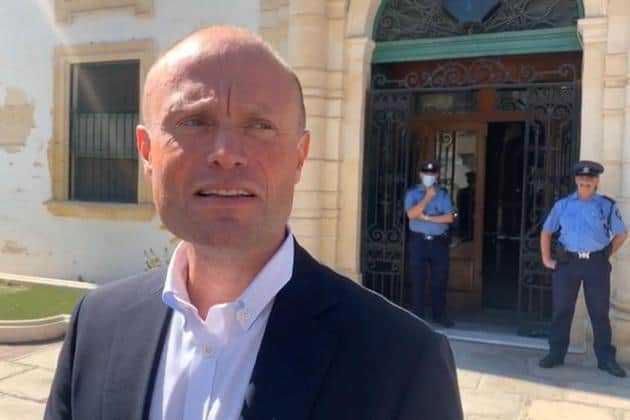 In his interview with the Times of the 23rd August 2021, Joseph Muscat said “I am an economist. I give economic advice, I provide advisory services to people both locally and internationally. I look at trends in their industries, strategies in their sectors and advice on how they can perfect them”.

“During his university years, from 1992 till 1997, Muscat worked as a journalist with the Labour Party’s media arm. Upon graduation, in 1997 Muscat was employed as investment adviser by the Malta External Trade Corporation (METCO) and soon after joined as market intelligence manager of the newly established Institute for the Promotion of Small Enterprise (IPSE) under the Malta Development Corporation (MDC) headed by Mario Vella; as he himself noted in his PhD thesis, in this post Muscat was effectively considered a political appointee and a person of trust of the ruling party. This situation made it harder for him to retain the confidence of the management after the return in power of the Nationalist Party in 1998 and the departure of Mario Vella from the MDC. He stayed in the position till 2001”.

If I remember correctly, he was also employed for some time with Alfred Mifsud’s Crystal Finance Investments Ltd. But this is not mentioned in his Wikipedia profile.

In 2004, Muscat was elected as a MEP, where he is mostly remembered for wearing his pubic hair on his chin and stamping his feet and mouthing the phrase that would become immortal “What the hack” in protest when he couldn’t make his speech in Maltese due to the lack of Maltese translators.

To give him his due he also authored a report proposing new regulations by the EU’s financial services sector which report was adopted by the European Parliament.

In 2008, he resigned his seat in the EP and was elected leader of the Labour Party. The rest, unfortunately, is history.

My point is, how can Muscat claim to be an economist when he has never practiced as one? How can he claim “to give economic advice and provide advisory services to people both locally and internationally by looking at trends in their industries, strategies in their sectors and advice on how they can perfect them,” when his policies and strategies as prime minister of Malta led to him being named by a consortium of investigative journalists as the “Person of the Year” for organised crime and corruption?

How can he be trusted to provide advisory services to bona fide organisations, both local and international, when his policies led to Malta being grey listed by the FATF, being added to the UK’s high risk money laundering list, being placed on Russia’s blacklist of offshore jurisdictions, being called a rogue state, putting the EU’s reputation at stake and being labelled as a haven for organised crime and a gateway for laundering money into the international system?

No self-respecting organisation would risk tarnishing its reputation by involving him as a consultant in its decision-making structure.

Joseph Muscat is trying to hoodwink us into believing that he has re-invented himself as an international consultant/lobbyist to justify receiving payments similar to the ones received from Accutor last year for €15,000 a month, which allegedly will amount to €540,000 over a minimum period of 36 months. Further payments were paused when UBS flagged them and closed Accutor’s accounts.

Previous:God save the god (4)
Next:He says it isn’t a Mafia State. Which proves it is.