LONG READ: The day after 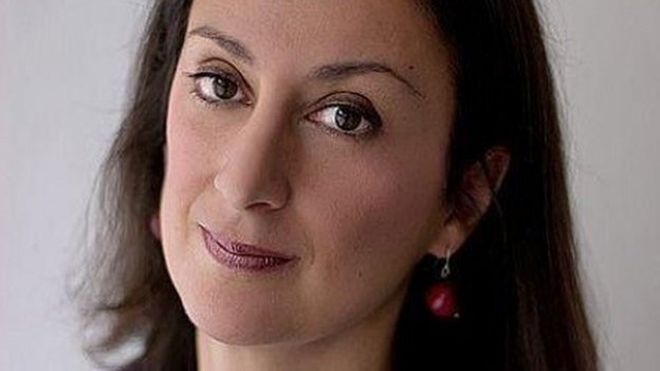 In H.G. Wells’ War of the Worlds the narrator of the events is a journalist, perhaps not the first thing that might strike the average reader in a novel about invading blood-drinking Martians. At the risk of suggesting a slight hint of self-praise, in the context of a story about Martians told by a journalist, I am not the average reader.

The evening the first alien objects, glowing hot, settle half-buried in London commons the narrator makes an odd observation. “It seems totally incredible to me now that everyone spent that evening as though it were just like any other.” The landing of hostile aliens would change life for everyone for ever, but most people saw no urgency to make changes to their lives there and then. What seems important to a close observer will not necessarily excite most people enough to inch away from their routines.

Think of the people handling the present crisis on the border of Ukraine. They may be sweating blood, avoiding a massive conflagration that would cost thousands, maybe millions of lives. And here I am hot and bothered, keeping my routine lamenting the fate of my village ruled by petty chieftains tottering on shields carried by their barbarian sycophants.

It’s all a matter of scale, isn’t it? While someone is trying to prevent WWIII, I am here dealing with the frustration of having a prime minister that yesterday stood in Parliament and argued that a package of draft laws presented for his vote was the idea of people that were in government before 2013 some of whom were in Parliament yesterday and some weren’t.

I don’t flatter myself into thinking Robert Abela thinks of me when he speaks about the affairs of the state. He has half a million people in his care and fancying that he had me in mind when he said that is a conceited notion more suitable for a child that expects Father Christmas to read their letter and deliver the gifts he ordered.

Still. I was in government before 2013. I am not in Parliament. And I have openly argued in support of the draft the prime minister and his parliamentary colleagues rejected yesterday.

I don’t understand how the prime minister can seriously suggest the proposals would benefit anyone specifically rather than the entire community, including, his own political party. He speaks as if he thinks Labour will never be an Opposition party again (which may be what he is planning in any case).

Consider two of the proposals to make my point. One is the idea of setting up a special anti-corruption magistrate that can investigate on their own initiative. That proposal is indeed from before 2013. It’s actually from 1997 back when Alfred Sant was prime minister. It was a good idea then and it’s a good idea now. And if Alfred Sant had seen the proposal through or if the Nationalist governments that succeeded him and for whom I worked had implemented it we’d probably be in a better place now.

I always thought many of Alfred Sant’s ideas ranged from useless to absolutely terrible. But we were all wrong not to recognise this one important and good idea. It is quite possible that prejudice would have caused that: that since it came from Alfred Sant, the idea had to be bad. Robert Abela is making the same error, shooting down the proposal because, he assumes, it’s coming from pre-2013 Nationalists. So what if it were true? Still, it isn’t.

Consider another proposal trashed by Robert Abela and voted out by the Labour Party yesterday. This one also recalls Alfred Sant, the day after the last election he contested as party leader in 2008 when he said the Nationalists had only just won their third consecutive term because they had exploited their power of incumbency persuading the last remaining thousand voters to switch sides on the back of last-minute government decisions like building permits or promises of jobs.

Even if you were to dispute the facts from the day, whether there had been wrongful exploitation of the power of incumbency in 2008 or whether even if there had been it had any material impact on the outcome of the election, the fact of the matter is there can be no argument that the wrongful exploitation of the power of incumbency is wrongful and should be prevented by law.

Robert Abela mocked this, saying the Nationalists were proposing there would be no government for a month every 5-year cycle. Rules on caretaker government established by very clear laws defining the limits of what a government can and cannot do while an election campaign that will decide who is to replace them is ongoing are entirely normal in democracies all over the world. There are such laws in Australia, the United States, and frankly anywhere in the democratic world you’re likely to check.

But we won’t have that because Robert Abela seems to think his party will never again contest an election from the Opposition benches and will never need the protection and safeguards of equality of arms it complained in the past about not having.

I mentioned these two examples from the package of proposed reforms because they are so obviously innocuous and yet Robert Abela picked them out as an attempt by seditionists in and outside Parliament who appear intent on subverting democracy, rather than strengthen it.

I am positively mortified to see our Parliament reject a law against the mafia. It moves me to tears to think that four years after Daphne Caruana Galizia was killed because she was being a journalist, her country’s Parliament could not muster a qualified majority to acknowledge the role of the free press in the workings of a democracy.

I am genuinely saddened by the inability of our political class to grow up and deal with the greatest moral crisis this country has faced since Raymond Caruana was placed in a hearse with a mature debate and some form of improvement, however modest, to the way we do things. It is especially sad to realise this when one remembers that our political class has had the unusual and unlikely help of an independent inquiry that drew up the proposals rejected by Parliament yesterday after long hours of interviews and consultations with anyone from Joseph Muscat to Matthew Caruana Galizia.

The inquiry conclusions could have been, should have been, an opportunity for our political class, across the partisan divide, to find a way forward together for our country.

This blog has changed a lot since it started in June 2017. For which read, I have changed. Back then I waved the flag for the Nationalist Party and I urged people to enlist in it as the only way I could see to address the relatively shallow depths of corruption that I recognised then. Very soon, that same year, events in the Nationalist Party alienated me from it in a way that can perhaps never be altogether reversed.

Then Daphne Caruana Galizia was killed and I went through very public soul searching, starting every thought, every argument, every question I asked from a sceptical point of departure. I found that partisan loyalty, the sort I had been guilty of so many times, was a big part of the problem. That even staying clear of false equivalencies and giving the Labour Party less than its due for the responsibilities of the horrors we were living, no assumptions should be made about anyone, not even the Nationalist Party.

Yesterday, however, the line between right and wrong across a partisan divide was drawn for me by Robert Abela.

Yesterday, all MPs were asked to legislate to fight the mafia, restrain corruption, protect press freedom, and improve governance. They were offered a package prepared for them by an independent inquiry that would start addressing all those painful realities exposed by Daphne Caruana Galizia’s work and even more her killing and the soul searching that followed for me, for my friends, and quite independently of us, for the Maltese state through the workings of the inquiry.

And yesterday, all Labour MPs, even the so-called good ones, the 6 inches taller than the others Chris Fearne, the auto-flagellating Evarist Bartolo, every single one of them voted with the clueless Robert Abela, the fuming Glenn Bedingfield, and the sneering Rosianne Cutajar, to throw out the work of the inquiry and to prevent this country from starting the road of healing. The best among them voted with the worst.

And it isn’t just the way they voted. The mockery, the derision, the hatred, for Daphne, for those who campaign for justice for her, for those who dare to hope for change.

We not only failed to persuade even one of them of the need for change. They laughed at us for trying.

On the other hand, all PNs, even the so-called (often by me) the bad ones, the self-absorbed Adrian Delia, the 2 inches below the surface of the water David Agius, the hapless Robert Arrigo, every single one of them voted with Bernard Grech, Jason Azzopardi, Therese Comodini Cachia. The worst of them voted with the best.

Look, I know everyone spent yesterday evening as though it were just like any other. It wasn’t even a Martian landing most people weren’t bothered about yesterday. It was just the killing of a journalist by car bomb for exposing the corruption of some of the people in the Parliamentary benches that yesterday voted to do nothing about it.

It should not be incredible to me that most people do not care. But yesterday crystallised things for me. Of all the issues I’m concerned about, for the past four years the most important matter, the thing I cared most about was giving this country a chance to grow out of the fire that consumed Daphne. And on that matter the Labour Party voted nay and the Nationalist Party voted aye.

The Nationalist Party in Parliament was doomed to lose the vote because it is a minority and without any confidence it could persuade the government to join it in this, it went there knowing it would lose, held its head high, and did the right thing.

In the coming general election, the Nationalist Party seems to be just as doomed to lose. And yet, given their stand on the matter most dear to me – justice for Daphne, also through adopting constitutional and legislative changes that could prevent what happened to her from happening to anyone else – without fealty or partisan loyalty, without waving flags, even without much hope of final victory, I too will vote with the people who are committed to the changes and against the people who, presented with the vivid memory of a woman burnt alive in front of her son, could do nothing better than laugh.