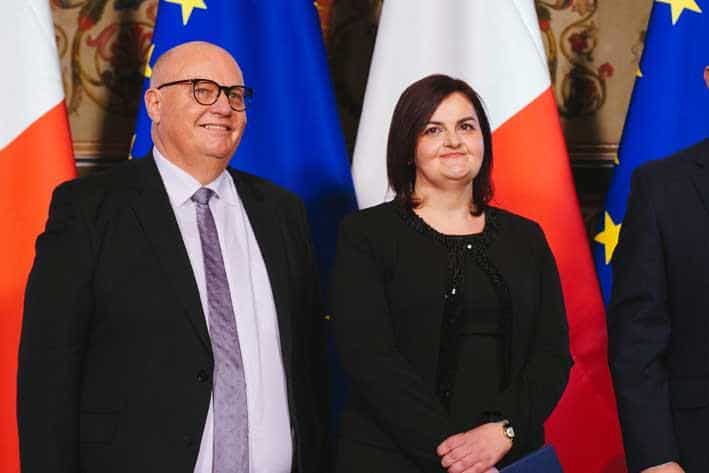 The Attorney General has so far ignored public calls, including from the Parliamentary Opposition, to justify her decision to cut a deal with a man who eventually admitted his involvement in a daring and violent armed robbery in 2010. Darren Debono did not just try to steal the money. He tried to get away shooting his weapons repeatedly at the police officers trying to stop him. Some of his bullets hit the target. He kept shooting until he was hit by returned fire.

Plea bargains are never uncontroversial, which is not to say they are never desirable. Since it’s a ‘bargain’ the penalty which is ultimately agreed and handed down to the guilty party is, by definition, less than what the law deems appropriate for the crime the person is suspected of. Typically, the accused admits to something which is less serious (and therefore punished less heavily) than what they stand accused of and they’re punished for that lesser thing while the graver charges are dropped.

Why is this ever a good thing? There can be two reasons for this.

Firstly, a trial is expensive and risky. A prosecutor approaches a trial with a degree of confidence in securing a conviction depending on the quality of the evidence. But there’s no certainty until a jury returns a verdict. If something goes wrong at trial, and enough doubt has entered enough jurors’ minds, the accused can be acquitted and once that happens they can never be accused of the same crimes again. A plea bargain is predicated on an admission which provides certainty. It’s a safer hedge. Sometimes it’s better to be sure about a smaller penalty than risk no penalty at all.

Secondly, in negotiating the deal, prosecutors might secure from the accused a commitment to testify against accomplices and bosses. Therefore, a reduced penalty for one criminal is compensated somewhat by securing the conviction of, and the maximum penalty for, the other criminals involved.

This case – Darren Debono and the 2010 HSBC heist – struggles to fit in these two requirements.

And then there are other considerations to be made. One of those considerations may be more emotional than cold hearted rational, but given that as listed above the rational justification for the plea bargain seems so brittle, the emotional consequences cannot be ignored.

The police corps cannot be happy about this bargain. Darren Debono is a cop-shooter. He’d have been a cop-killer if his aim had been a bit more accurate and a lot more lethal on the day. The police union spoke of “dismay and disappointment” and they described the Attorney General’s decision as “causing huge demotivation around officers”. This is hardly surprising.

The fact that the prosecutor agreed to altogether drop the charge against Debono for attempting to kill a policeman must sting not only the officers on the line on the day but all officers on the line on any given Sunday or weekday. They know now the prosecutor only has their back for as long as it is tactically convenient. People who shoot at police officers trying to stop them committing a crime can now fully expect not to be accused of that shooting if they have something to offer the prosecutor. The Attorney General has been quite cavalier with the integrity of the thin blue line.

‘Stop, in the name of the law,’ has acquired a new and ironic meaning.

Then there’s the fact that slicing off penalties in exchange for very limited evidence seems to be the worst possible way of fighting organised crime. I make that statement with two qualifications that need to be kept in mind.

Firstly, that Darren Debono still has to testify in the compilation of evidence against Vince Muscat. We don’t know what he might give in evidence. Unlike Vince Muscat and the Degiorgio brothers, Darren Debono has not been loquacious about the information he might give on who else was involved in the HSBC heist which may mean he does not intend to spill any more beans than confirming Vince Muscat’s involvement or may mean that he has kept his cards close to his chest but may now, in a sudden and uncharacteristic fit of public duty, bring everyone down. Forgive me for being sceptical.

Secondly, a reminder that David Gatt had been acquitted when tried for masterminding this crime and therefore he is perfectly entitled to insist that all the evidence heard against him in his trial should not be believed. Having said that, a policeman in that case testified that David Gatt ran a cosca modelled on what at best was David Gatt’s understanding of Sicilian and or New Jersey organised crime. That may no longer be useful for the purposes of prosecuting the mastermind of this crime but it is intelligence that cannot be ignored that prosecutors are dealing with a mafia organisation here. There is little to suggest, and certainly nothing the Attorney General has said changes that, that the decision to cut a deal with Darren Debono took this fact into account.

Speaking of mafia crime. The state, presumably on the Attorney General’s advice, has discarded offers by Vince Muscat and the Degiorgio brothers to exchange some form of deal with them in exchange for evidence to back their allegation that the HSBC heist included the involvement of current government Minister Carmelo Abela and former government Minister Chris Cardona.

Just because Muscat and the Degiorgios say something is true doesn’t mean it is. But there’s a context to these allegations that has interested police investigators since before Muscat and the Degiorgios ever spoke up. Carmelo Abela held a strategic position inside the bank that placed him where he could have been a man on the inside for the heist. Chris Cardona’s extremely close association with David Gatt is well documented and flagrant. The police have investigated the suggestion that Chris Cardona helped Darren Debono find a doctor to treat his shattered jaw.

David Gatt, Carmelo Abela, and Chris Cardona have repeatedly and vehemently denied any wrongdoing and any involvement in this case.

The question the Attorney General has to answer is whether the plea bargain with Darren Debono was intended to have the effect of bringing us closer to the truth or to take us further from it. Has Darren Debono been given a discount on the penalty he deserves in order to give evidence that discredits what his accomplices are saying about people higher up in the conspiracy?

Has the principle that the state must act with the full force of the law when police officers’ lives are put at risk by criminals been sacrificed in order to protect politicians from consequences for their actions?

These are legitimate questions in the present circumstances. They are also legitimate questions because of the culture of the Attorney General’s office. Victoria Buttigieg is the successor of Peter Grech and for many years she was his deputy. Those were the years when Peter Grech, by his own admission, advised the police to “go slow” when investigating the evidence from the Panama Papers that could have implicated politicians like Keith Schembri and Konrad Mizzi. Those are the years when the Attorney General, then Peter Grech, deemed the requisition of computer servers from Nexia BT as “too intrusive”.

There is therefore good reason to suspect that the culture of the Attorney General’s office to prefer to protect politicians to have survived Peter Grech and persists after the promotion of his deputy.

Like her predecessor, Victoria Buttigieg might prefer the misguided wisdom of silence, ignoring her critics, seething in self-satisfied righteousness behind her gritting teeth. The Attorney General has security of tenure. No critic, no commenter, no Opposition politician can threaten her position whomever she chooses to protect or whichever questions she decides to ignore.

But that doesn’t mean she doesn’t have the responsibility to give account of herself to the public. Rather the opposite. Her burden of transparency, bereft of the ultimate security of the public ballot or even accountability to some higher authority, is greater for it relies on her own initiative.