Anyone who’s ever paid for a billboard knows 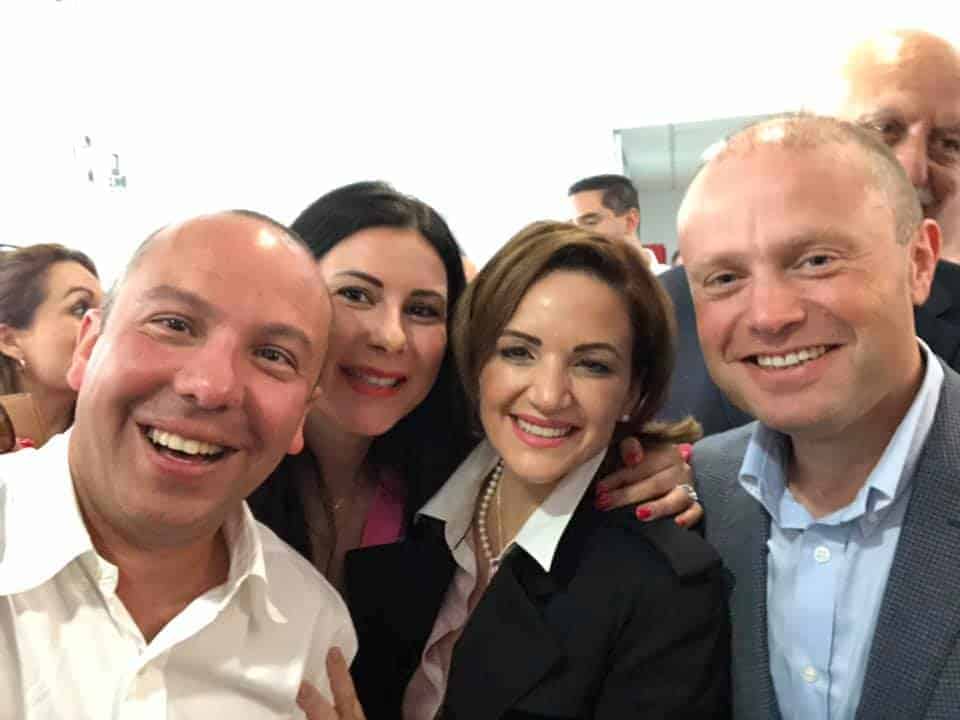 The now notorious film awards event of last Saturday is still on the national agenda. The extravagant spending is an important topic especially since the cost of the event outstripped the yearly funding put up by the government to support the industry the event was supposed to be celebrating.

Matthew Caruana Galizia made the point about the waste of money on what ultimately turned out to be a propaganda vehicle for government ministers. He poked show host David Walliams on his Twitter account asking if he would short-circuit a Freedom of Information request to find out how much was spent on hiring him for the night.

Hello @davidwalliams,
We’re filing an FOI request for your invoice to Malta, but I was wondering whether you could just cut to the chase and tell us how much you were paid to speak at what was turned into a party-political event. https://t.co/g5PAnDuGWw

The issue here of course is not that David Walliams did anything wrong in charging the fee. He’s worth what he’s worth unlike nearly every other mediocrity on that spectacular night whose glory is reliant on their proximity to Labour. The issue is the disproportionate and unreasonable use of public funds by those responsible to administer them, which isn’t David Walliams.

Arnold Cassola asked the Auditor General to investigate the expenses. If the Film Commission cooperates, we can look forward to a report more than a year from now.

The questions aren’t really that complicated. Can we have a detailed expenditure sheet, and a chart of the procurement processes used for the expenses? We know there was no competition to choose the host, and there shouldn’t have been because David Walliams was chosen for his humour which, for reasons discussed elsewhere, turned out to be just the wrong sort for the audience of the night. Again, he’s not to blame.

But lights, equipment, advertising: all those could have, should have, been acquired after fair competition. Has there been any of that at all or has all that money been spent on the back of direct orders issued by Film Commissioner Johann Grech using the age-old method of blinking comically like a sitcom djinn?

Whatever the final expense bill amounts to, if we’ll ever know it with any certainty likely somewhere between €1,000,000 and €2,000,000, there could be more than meets the eye, even if the eye is being met by the blinding limelight reflected off Kurt Farrugia’s starched shirt.

True enough, the lavish spending has a lot to show for itself, what with the glittering stage, the humming power generators, the misunderstood host from British TV, and the billboards. My God, the billboards. Consider the event of last Saturday has been advertised on all our roads since last September, a three-month billboard campaign of a scale not seen for anything less than a general election campaign. And they’re still up. Anyone who has ever hired a billboard for a weekend would run out of the backs of envelopes to work out what the bill for this billboard campaign must have run up to.

We need to ask what these things really cost and how they were acquired because everybody is thinking what Mark Camilleri said earlier today. That even above all that you see there’s an invisible but hefty layer of fat of advanced payments fraudulently made to suppliers for the Labour Party’s upcoming election campaign.

Remember, if ever you could forget, that the Film Commissioner is a Labour propagandist. Johann Grech was a close associate of Joseph Muscat when the latter was prime minister and before he took over the Film Commission, he worked on Joseph Muscat’s staff as “Head of Government Marketing” a position that did not exist before 2013.

After he moved to the Film Commission, presumably appointed to run it on the cinematic credentials of being able to quote monologues from the Rambo sequels at dinner parties in Girgenti without too many mistakes, Johann Grech continued his publicity work for the Labour Party.

He was known to use Commission resources to assist him in this unofficial function. Sources at the Commission had told this website in 2020 that Johann Grech recruited staffers who had been active in Labour’s student wing Pulse. They would be assigned mysterious duties “working from home” which staffers at the Commission believed to be propaganda work for the Labour Party including online trolling.

Johann Grech himself worked as a publicist for the Labour Party at the same time as he served as Film Commissioner. At one point he interrupted overseas travel on Commission business to fly back in to support the PR effort for one of Michelle Muscat’s swimming spectacles. I suppose Michelle Muscat’s Olympic-smashing speed records required the movie magic of C.B. DeMille parting the Red Sea for her to rush through. Having ensured Mrs Prime Minister emerged from her wadeathon looking as miraculously composed as Pierce Brosnan’s James Bond after crushing through a building in an army tank, Johann Grech flew back to continue his meetings right after.

Apart from Saturday’s event being wasteful, self-indulgent, unproductive, and contemptuous of film-makers who are in this to earn their keep while they deliver credible art; apart from it being in and of itself a circus drawn up by a tyranny to give “the people” more wrong reasons to support a government that exists to serve the interests of its cronies; apart from all that, the ongoing failure of the Film Commissioner to give proper account of the spending on Saturday’s events suggests that, that live disaster epic on national television was yet another platform for corruption and misappropriation of public funds.

And that’s not forgetting the billboards now still screaming “We Are Film”, whatever the fuck that’s supposed to mean. If I were a betting man, I would hazard to expect the same billboards to be screaming in a few days’ time “We Are Labour”.

And the Oscar for the most transparent swindle goes to