By an anonymous author known to me:

Leaders. They are the glimmer of light that a community seeks in time of pitch black darkness. Indeed in the wake of a terrible tragedy for a nation even more terrible for a family that lost a wife, a mother, a sister, a friend leaders become a beacon of hope through the process of national grief. 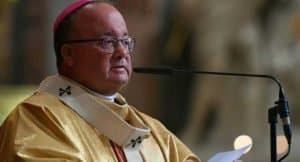 Indeed nations turn to their leaders in times of national tragedies. The commander-in-chief becomes the pastor-in-chief as a vehicle of solace for a nation and illuminate a clear path ahead for the nation to follow. This however is a nation rendered rudderless by its political party leaders who yield zero value in terms of moral currency let alone provide the necessary solace to heal and grieve. The moral crutch this nation could lean itself onto these last weeks were the foreign institutions and the archbishop Charles Scicluna.

Archbishop Scicluna has cut to the chase and stated in no uncertain terms that this was a vicious callous assassination that has orphaned a nation of a true journalist. A true tribute to a woman and a journalist that was a cut above the rest. The Archbishop did and said the right things these last two weeks addressing first and foremost the family whilst addressing the nation. Leadership. 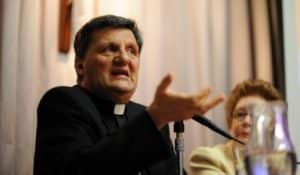 Cross the channel over to the sister island and although people are in shock like anywhere else in the country, the community leadership is eerily quiet. A walk this morning on the Cittadella bastions could reveal the half-mast flags that dotted the Gozitan skyline in congruence with a day of national mourning. One mast was however notably barren. The Gozitan Curia.

Maybe the flag should be the least of the noticeable faux pax by the Gozitan Curia.

A curia that chose to stay quiet in the face of one the most shocking tragedies in recent times. Quiet not out of habit but out of choice. Indeed other respectable community personalities have come to pass in these last two weeks, for which the Gozitan Curia dutifully and publicly expressed its regret. But on the assassination of one of the most influential journalists Bishop Mario Grech has chosen to stay mum and more evidently steer away from accompanying the archbishop in any of his public appearances in support of a nation in mourning.

The half-apologetic isolationist argument that Daphne did not belong to the Gozitan diocese does not hold water whatsoever. Daphne’s writings resonated and had an impact in Gozo as much as they did in Malta. Bishop Grech is part of the national non-political leadership this nation could have leaned on these last two weeks. He was nowhere to be seen.

Perhaps this verse Bishop Grech understands very well is a gentle reminder for him to lead.

“Speak up for those who have no voice, for the justice of all who are dispossessed. Speak up, judge righteously, and defend the cause of the oppressed and needy.” Proverbs 31:8-9.

Previous:Adrian Delia on his own assassination
Next:Decorated by Malta. Jailed for corruption by Saudi Arabia.