I will not stand idly by

We cannot have another woman in public life demonised and dehumanised for the convenience of the Labour Party until someone decides it is fine to kill her.

We cannot allow women to be intimidated from leadership in our community. We need more women to take on a public role because at least part of the reason for the mess our society is in is the fact that our country has been run by men alone.

We cannot stand idly by as women are scared into silence because the few of them who do step up are branded witches and threatened with execution. 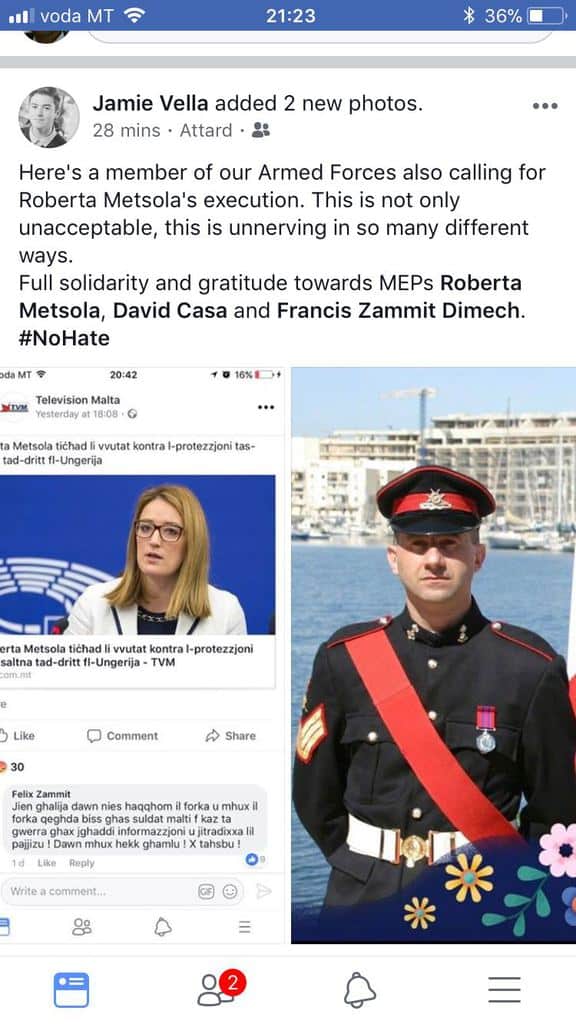 Felix Zammit, decorated ranking officer in our army (decorated for which war wound?) writes on the national TV station’s Facebook page the following in translation: “For me these people deserve the gallows. It’s not right the gallows are reserved for Maltese soldiers in time of war should they pass information (to the enemy) and betray their country. Is this not what they did? What do you think?”

Let me tell you what I think Felix Zammit. You are a disgrace to your uniform and an embarrassment to our nation. Malta has abolished the death penalty in all circumstances 17 years ago. Malta has been a proud abolitionist state for your entire military career while you had not even noticed.

You think Roberta Metsola deserves to die. You think so because she went to the European Parliament to say that law enforcement agencies in this country are unwilling to protect us citizens from the clutches of a corrupt government. In calling for her murder you have confirmed exactly what she said. You represent the evil possession that Joseph Muscat has perpetrated of the institutions that are supposed to protect us from the abuse of his power.

I am not a woman so I am less of an obvious target for your small mind. Hey! I’m here! While you’re busy cleaning up the country of traitors, hang me first.