Perhaps when they’re giving their training program for new women candidates, the Labour Party might hold a module on how to deal with this crap. These screenshots were grabbed by BugM from 19,000 strong Laburisti sal-Mewt group on Facebook that includes President Marie Louise Coleiro Preca.

Anyone of those 19,000 willing to say this is not acceptable in a normal democracy?

Unlike them, I will not stand idly by as a fresh and orchestrated campaign of demonisation and dehumanisation is perpetrated on a new target after her predecessor in their misguided affections was brought to the ultimate sacrifice.

And why is our society so sick that a woman is perceived as an easier target? 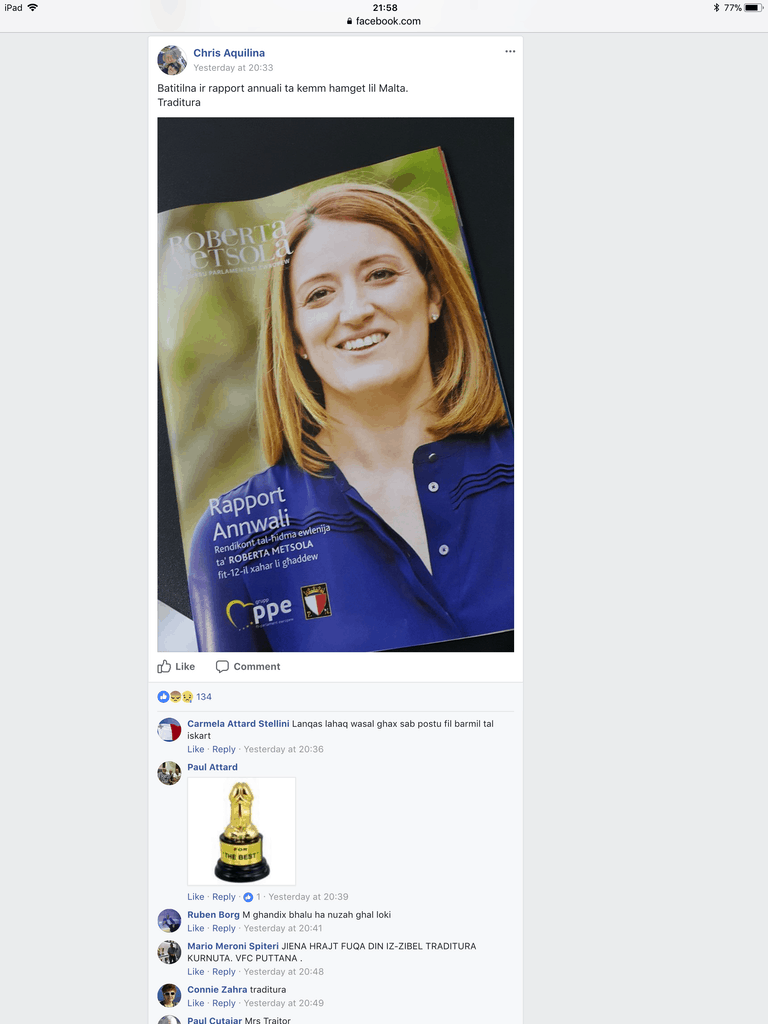 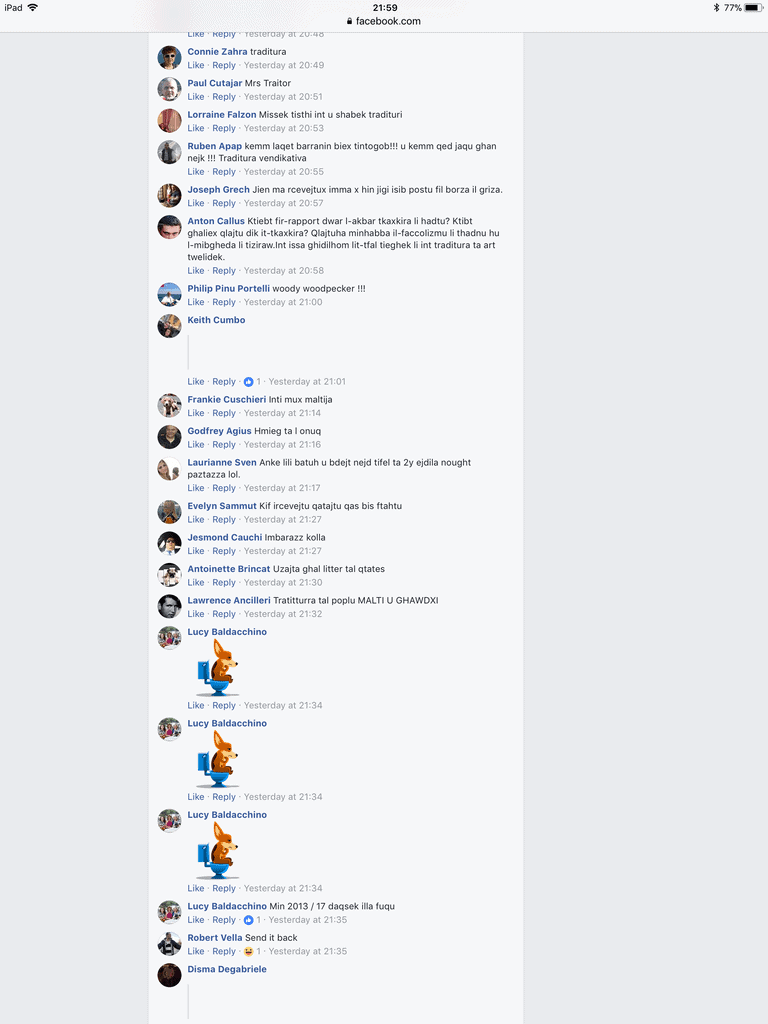 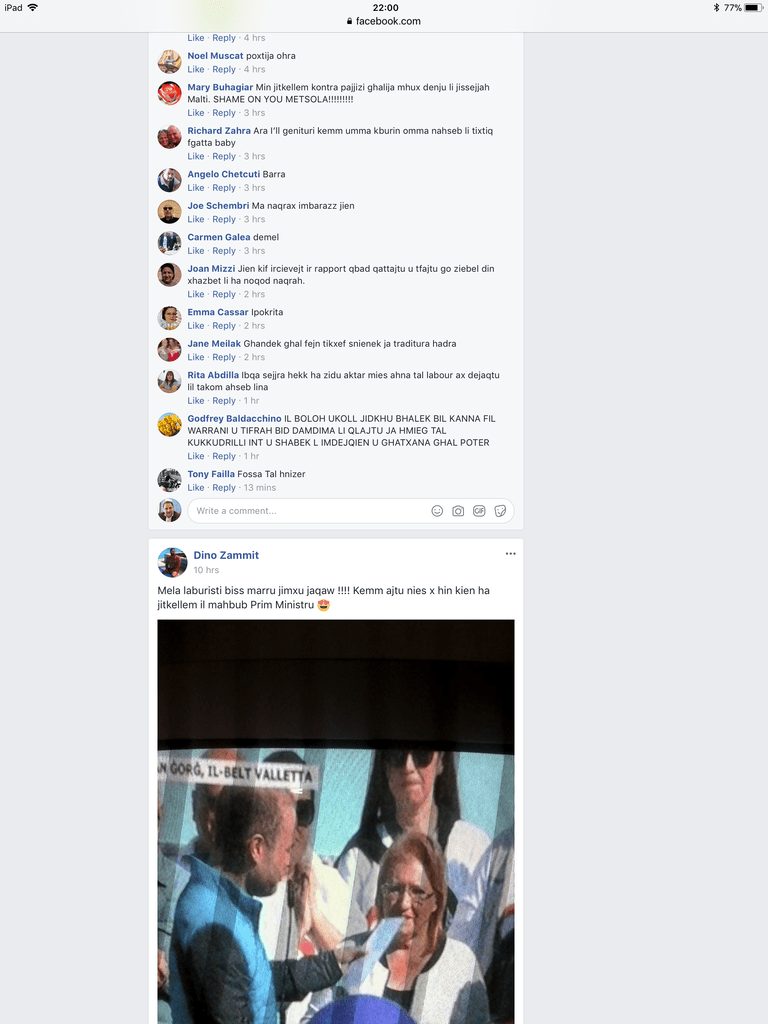 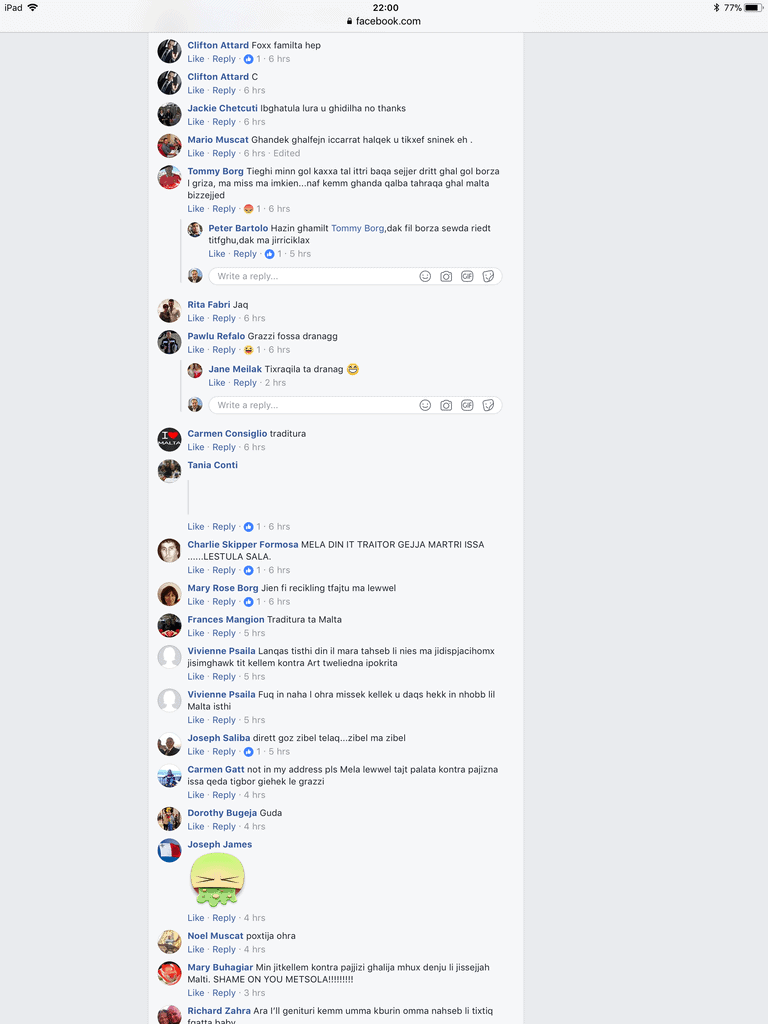 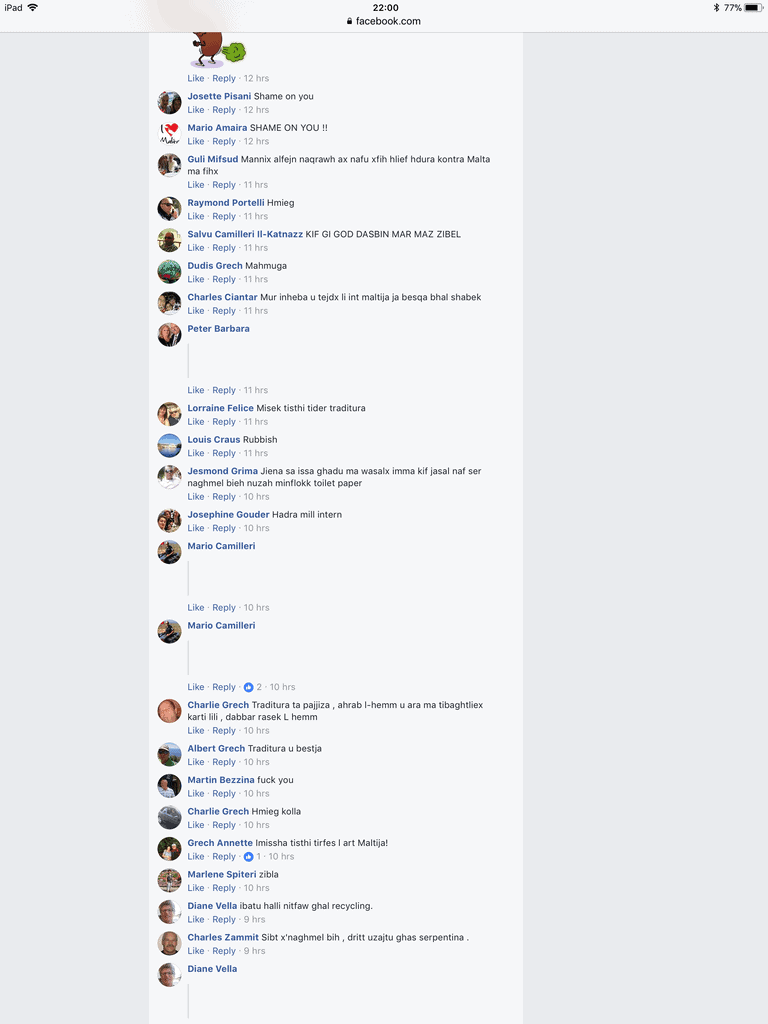 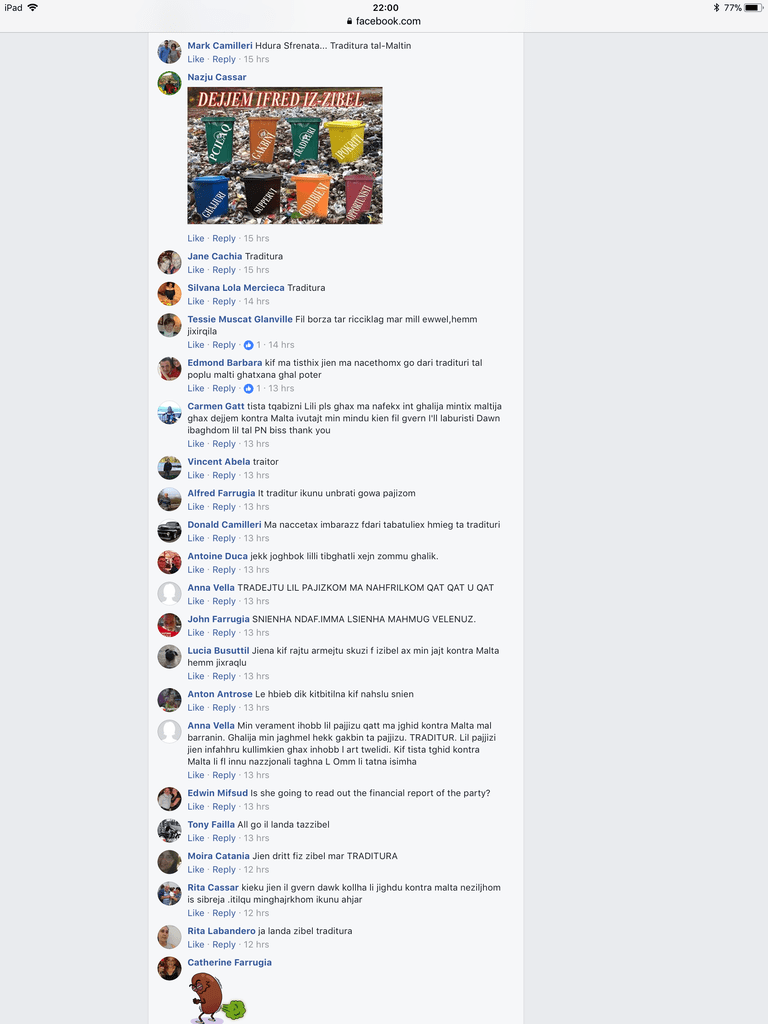 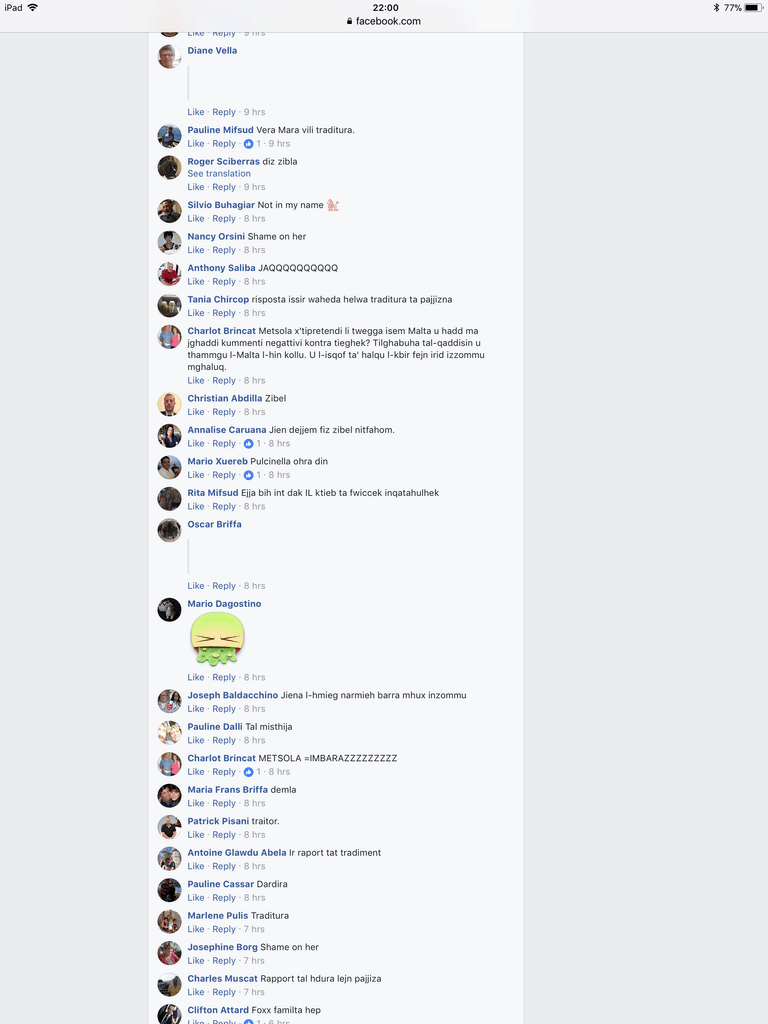 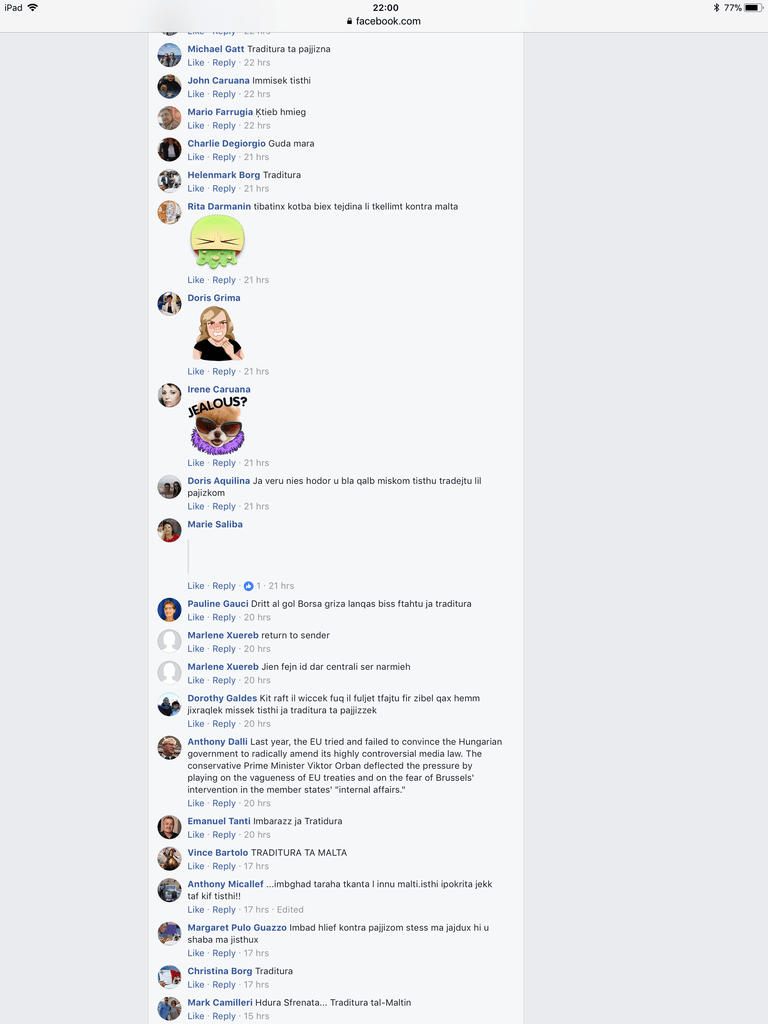 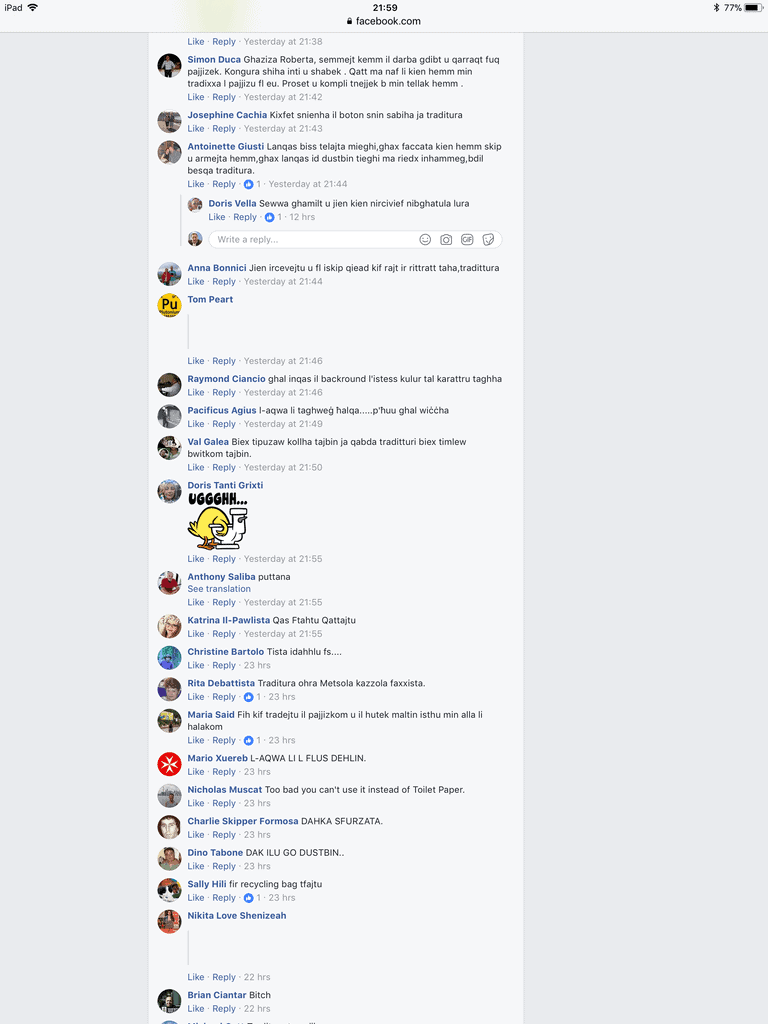 Previous:I will not stand idly by
Next:The silent majority