At the funeral for Daphne Caruana Galizia I could see Eddie Fenech Adami, Lawrence Gonzi and Simon Busuttil. All were scrutinised and criticised by Daphne Caruana Galizia some time or other when they were in office. I say that because unlike others, all three had the good sense not to draw attention to themselves when they were mourning her death and to seek our appreciation, as some lower rate politicians have, for shedding a tear for someone who “hurt them”.

Glaringly absent today where Alfred Sant, Joseph Muscat and Adrian Delia. Frankly some of them were told to stay away. Others knew better than to dare.

Parliamentary Speaker Anġlu Farrugia sent an ostentatious wreath with a big banner reading ‘Speaker’ brandished across. When Matthew Caruana Galizia saw it he tore it off and shredded it. I did not ask him what he was thinking but I should imagine it would have been something about the hypocrisy of a politician who in earlier times wearing the police uniform of an authoritarian regime, he threw Matthew’s mother in a cell because she was a student activist with an opinion. The first of a lifetime of bullies who thought they could scare a lanky woman into submission and silence.

In a moment of such national trauma, there were no civic leaders to help a country face this horror and start healing together. Our leaders stayed away or were hounded away for failing a woman, a family and a country so dramatically. 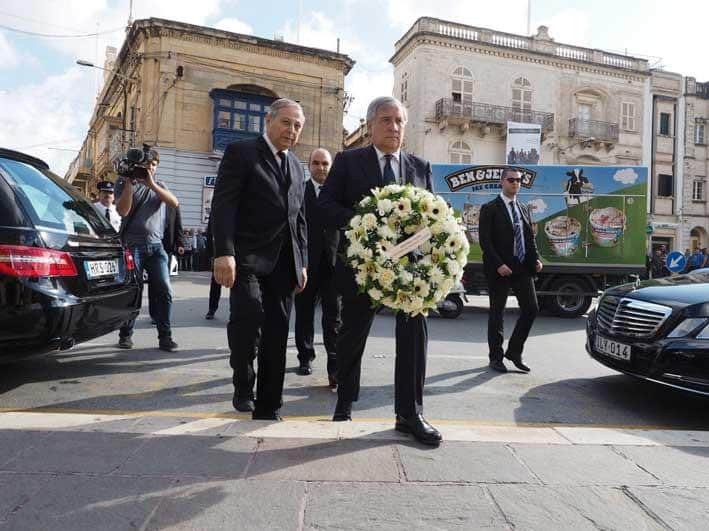 But there was also applause for two other persons at the funeral today. Antonio Tajani, president of the European Parliament and Charles Scicluna, archbishop. In the absence of civic leadership to help us understand what happened to us and to start to make some sense of all this loss and dejection, two men stood by this nation over the last two weeks and said the right things.

They represented the anger, the fear, the courage and the hope the country has a right to have articulated for it by its State.

In no more significant way has the failure of our institutions been given such manifest flesh, then today when the State — government, opposition, parliament, all — withdrew in the shadows and an Italian neighbour and a prelate took on the job of speaking to us in a language we could understand. 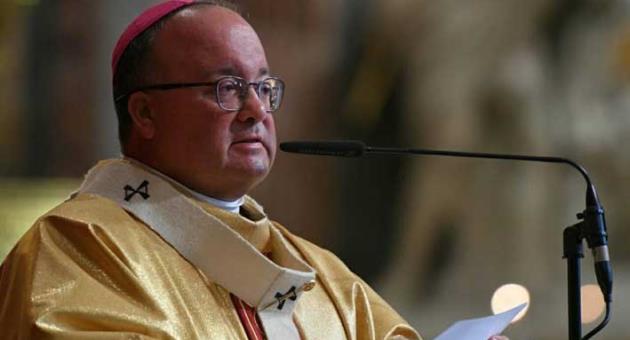 Previous:EU Commission statement on the day of mourning for Daphne Caruana Galizia
Next:What she would have written