It is now a fight for fundamental rights

For a government that prides itself of a trail-blazing law to protect whistle blowers, its behaviour with people who do blow whistles is particularly galling. 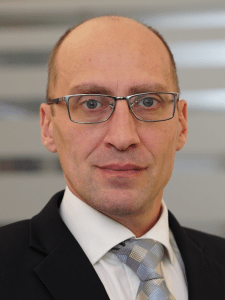 Jonathan Ferris is not an Eastern European foreign woman. He’s a less obvious target. He served in the police force diligently and enjoys a stellar reputation with anyone of any political persuasion that has worked with him. He is not taking his dismissal from the FIAU for refusing to be complicit in a cover-up lying down.

He is fighting back and he is proving impervious to the muck thrown at him. He seems to be a problem for the government that will just not go quietly into the night.

The Attorney General has therefore had to up the ante in his case. This is not just about protecting the political interests of the regime.

It is not even just about covering up the political interference that changed the FIAU’s views of Pilatus Bank from the latter being a nest of laundering vipers to a unimpeachably compliant bank in versions of the same report written before and after Jonathan Ferris’s dismissal.

It is not even just about forcing the suppression of the FIAU findings into serious suspicions of corruption involving Minister Konrad Mizzi and the procurement of the gas tanker permanently gracing our southern harbour.

It is about all that. But it is also the Attorney General protecting his skin, tainted as he is by his deep and direct involvement in the FIAU itself throughout this time.

This is not merely unfair and abusive. It is, and so Jonathan Ferris is arguing today in the industrial tribunal, a breach of his fundamental human rights.

The Attorney General asked the industrial tribunal to suppress Jonathan Ferris’s sworn statement about what he saw at the FIAU. He is arguing that this is a breach of his right of freedom of expression as protected in the European Convention on Human Rights and confirmed in some dozen decisions of the Strasbourg courts that admonished governments acting in an analogous fashion.

The Attorney General asked the industrial tribunal to slam the door on the proceedings of his law suit for unfair dismissal from the FIAU. He is arguing this is a breach of his right to due process as protected in the European Convention on Human Rights also confirmed by several Strasbourg decisions.

Due process must mean open process where justice is not merely served but seen to be served in an open court.

Quite frankly if the government seeks for proceedings to be hushed up, that in itself is an injustice not just on Jonathan Ferris and his right to be heard but on the citizens of this country who have a right to know what their government is hiding from them.

We must realise now that a corrupt government will do anything to cover its tracks, even in the process suppressing our basic rights.

This fight is bigger than we think. All the more reason why we should fight it.