The boys and girls in blue

The courtesy, professionalism and admirable seriousness of the police men and women providing safety and security at yesterday’s civil society sit-in protest in front of headquarters was something to behold. 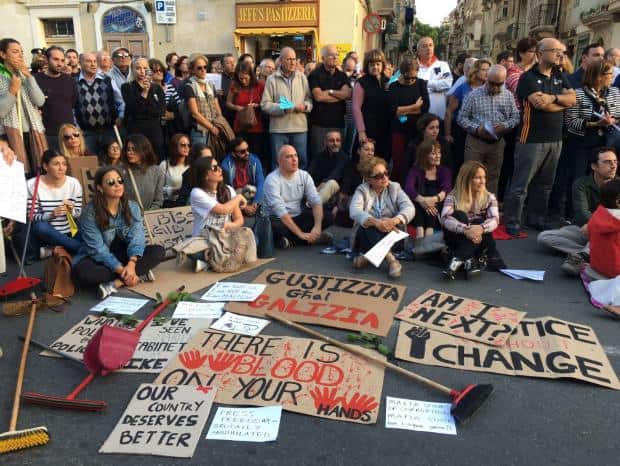 The policemen there gave protesters protection and ensured the crowd had the space to make its voice heard.

This is even more significant when one takes into account that the protest was calling for the dismissal of their boss.

It is right that protesters and policemen alike understood yesterday this was not a protest against police men and women who every day put their life on the line to protect the community.

This was about the political appointees put on top of them that colour their orders and their policing decisions with the narrow interest of political masters protecting their own skin.

When we speak about institutional failure and lack of confidence in the police we do not speak about career officers and constables who want nothing more than to provide the best possible service to the community.

On them the future of a revitalised police force rests. From among them must arise the true professionals who fear and favour no politician when they exercise the duties the law demands of them.

A police source has spoken to me about a detail from the day Daphne Caruana Galizia was killed that illustrates this. Daphne’s son Matthew publicly spoke about how he rushed out of his house when he heard the explosion and saw his mother’s car in flames. Two helpless policemen who rushed on site with a hopelessly inadequate fire extinguisher told Matthew nothing could be done anymore to save his mother.

The source told me – and I should clarify that I have not been able to independently verify this – that Matthew lunged at one of the policemen in perfectly understandable anger. No real harm was done but later in the day a superior officer at the Mosta police station apparently wanted the constable to press charges against Matthew Caruana Galizia. On the day his mother was taken away from him in such an infernally brutal manner.

The source tells me the policeman’s answer to his boss was “Ma tarax!” Those two words literally translate to “you are blind!” and in this case even as the translated meaning should not be literal, blindness is a clear metaphor for a complete lack of empathy on the part of the superior officer. Bully for that constable who knew just the right time to stand up and say what he must.

As with all civil society activities, the sit-in in Floriana yesterday ended with the singing of the national anthem. Protesters raised their right arms and made a v sign in the hope of eventual victory. The uniformed officers behind them in the background stood to smart attention.

It was a scene of touching patriotism a love of country shared by protesters and police men and women both equally passionate for a just, fair, open society where liberty and law reign and protect the vulnerable from the abuse of the powerful.

Ladies and gentlemen of the police force, we thank you for your service. Be assured that our criticism of your bosses does not reflect on you.

Previous:It is now a fight for fundamental rights
Next:Cooking Islands