Bent over onion-head and other stories 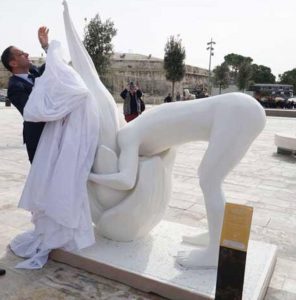 I’m going out on something of a limb here. I do see the funny side of the hekk jgħid il-Malti figures around Valletta. Seeing Jason Micallef on the happier side of a glory hole, unveiling everyone’s favourite statue of the bent over androgynous onion-head was hilarious. And the memes were never ending, in a good way.

Perhaps they were not meant that way, but the pieces were invitations for humour. They are not stuffy or self-important. They are whimsical, moderately ironic puzzles and mostly a play with literal translations that make people visualise how strange combinations of words have an accepted meaning that outgrows the literal silliness of what we say in our every day speech.

Perhaps I’m the ideal fool for installations like these. The subject matter of language is obviously interesting to me in a nerdish way.

Please don’t get me wrong. I do not think these pieces will be spoken about by art historians in a thousand years. But neither do I think their makers aspired for timelessness.

I think we should all feel free to adapt them to the issues and messages we want to attribute to them. After all, as visualisations of language, they represent the most democratic asset possible: words. Everyone can use them. Some do so mundanely and dully. Some use them to love. Some use them to hurt. And some use them to hold power to account.

The way in which many of these represented idioms were adapted to criticism of government is a legitimate use. Mockery, irony and satire are culture too. 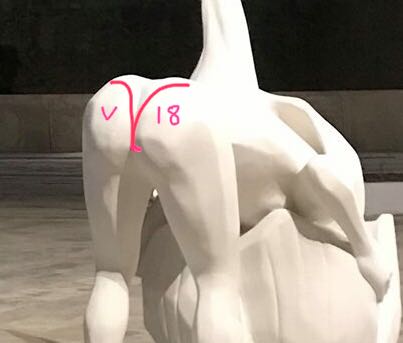 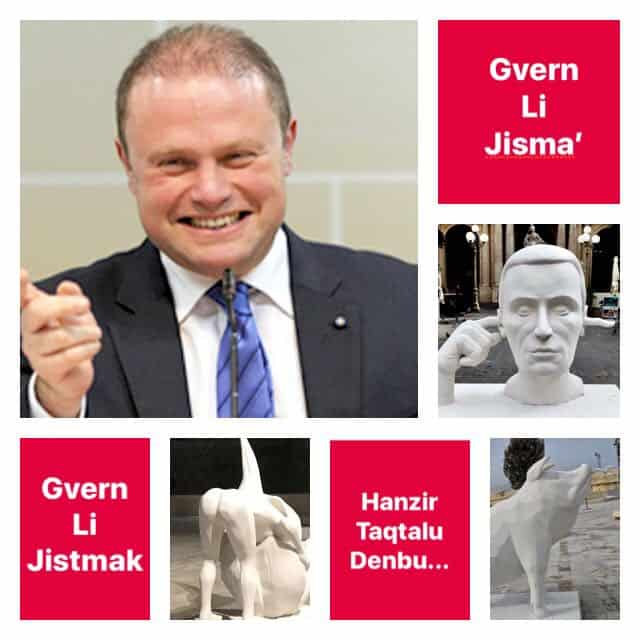 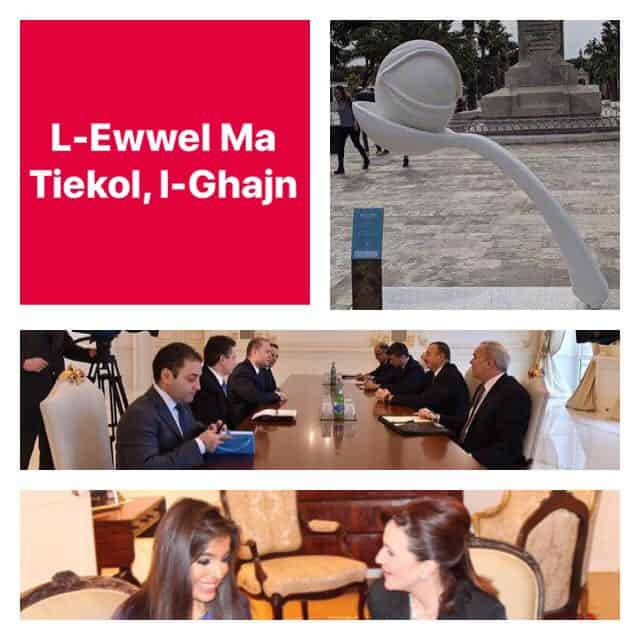 The fact that too was a product of this project is a reflection of its value, though I suspect touchy tin-pot totalitarian Jason Micallef does not appreciate this at all. He went into a hissy fit because of a protest projection on Castille. I imagine he will be boiling over all those memes of the bent over onion guy.

But even so, I liked them.

I’m a little bit worried about the choice of material. They may not be meant to be talked about in a thousand years. I wonder if they were meant to stay in one piece beyond Easter.

And something else worries me. I understand the pieces were ordered and shipped in at considerable cost ready-made from overseas. I’m not a protectionist ‘next-time-buy-Made-In-Malta’ sort of person. But I would have thought the whole point of the Capital of Culture initiative would be to prop up the local art scene so it could have a life after Jason Micallef moves on to his next job as first Labour Mayor of Valletta. Commissioning the works from a local studio or studios would have justified investment in equipment and skills that would have outlived the project.

Has yet another opportunity to get the most out of the European Capital of Culture season been missed?