Your government may be watching you now 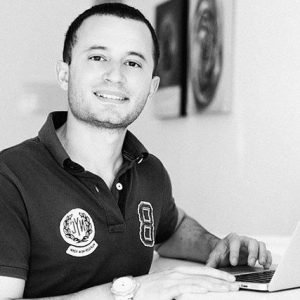 As part of a BBC documentary on the House of Saud, the authors interview a professional hacker turned whistle-blower who for several years worked in Malta for an Italian company that designs spy-software for governments.

Alberto Pelliccione describes Trojans hidden inside mobile phone or desktop Apps that give security services access to your devices. They can listen in through your phone microphone, watch you through your webcam, know where you are through your geo-location. And they can take data from your devices anytime they please.

Pelliccione told the BBC how they had provided this software to the brutal regime of Saudi Arabia.

Here’s an short extract from the BBC documentary, filmed in Malta.

I spoke to Alberto Pelliccione who told me that Malta’s government enquired with the company he worked for, Hacking Team, about acquiring this type of spy software. The enquiries were made in May 2013, a few weeks after Labour came into government. Wikileaks carries leaked correspondence from Hacking Team’s servers that show their discussions with local supplier Alberta ahead of their meetings with the Ministry for National Security in May 2013.

The matter was discussed again in July 2014.

The government did no proceed to acquire this technology from Hacking Team though Alberto Pelliccione told me there are other suppliers of similar technologies so this does not necessarily mean Malta’s security services are not using spy technology on people’s phones and computers.

Alberto Pelliccione is very familiar with Malta having lived here for a considerable number of years. He now lives elsewhere. He told me “as you know I lived in Malta for quite a few years and I learned that the government is quite opaque. That’s to say it will be hard for you to get information as I think in Malta there’s no equivalent of a Freedom of Information Act”. Incidentally there is but it is virtually ignored by the government. “You should try to reach both the Police and National Security but I have the feeling nobody will say anything”.

I have the same feeling too but that will not stop me from asking.