Five years ago today was the most triumphant day of Lawrence Gonzi’s premiership. As the EU was cutting down on its 7-year budget, he pushed and secured a considerable increase in the allocation of funds to Malta. 1.128 billion euro for the subsequent seven years. 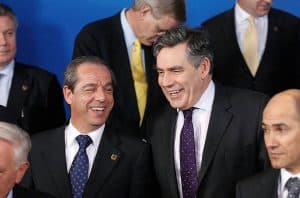 Labour governments got to spend it. That’s fine. It’s the way of democracy. After Churchill won the war against all odds he lost his biggest election. There could be no welfare state if the Nazis won the war. But such is life.

It is understandable for one to feel bitterness about credit for that great achievement being claimed by others who least deserve it. It is understandable but secondary. Also secondary is the dullness of the pyrrhic political victory of those who supported EU membership when Labour had convinced everyone that Malta would never secure more than a million liri in funding for its infrastructure. They were only off by a factor of 420 times.

The real consideration is that Eddie Fenech Adami and Lawrence Gonzi had got it right and Joseph Muscat has another two years of spending the money they earned for us and looking good for it.

Updated: I had some people point out I should have called the article ‘L-elf miljun’ to represent the billion in funding secured. Admittedly the reference is subtle and much water has gone under this bridge. In the thickest of the pro-anti-EU membership campaign, the PN had estimated EU membership would bring about around a 100 million euro in funding. Oh how they laughed. Labour mocked the figure like it was a 3-year old’s letter to Father Christmas. Until the PN’s timid estimate proved too timid by a factor of ten. We forget the hours of Joseph Muscat on TV saying the PN was mad for suggesting Malta could attract a 100 million in investment. And now he’s spending a thousand.