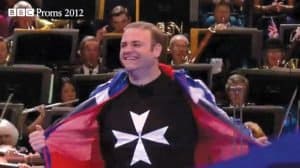 I have no problem admitting that I am a fan of Joseph Calleja. I am no expert but I like his singing. But more than the honeyed voice and booming roar he’s famous the world over for, he’s a boy from home so I don’t mind saying, he’s my excuse for wrapping myself in the flag and allowing his global star-quality to rub a bit on my little country. He’s a patriot too, which makes it easier. He makes sure everyone in the world knows where he’s from and with so many making us look so bad, he’s a welcome exception.

But I can’t bear the thought of him singing as a special guest at a Henley&Partners do for the next crop of faceless oligarchs buying our citizenship and using our identity to dodge taxes, and in some cases hide ill-gotten gains.

Nor can I bear the thought of him supporting with his presence a company, Henley&Partners, who thought nothing of using their legal means to threaten journalists in Malta with financial ruin if they did not comply with their wishes.

Joseph Calleja understands better than most the complexities of Malta’s political scene and has always been very careful to ensure he is perceived as Maltese, not as Nationalist or Labour.

Though the government does everything in its power to mobilise support within its bloated ranks by attributing any criticism it receives to political motivation, even Joseph Calleja should be able to see what’s at stake here. 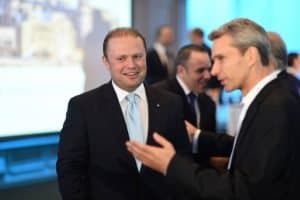 This too is Malta and Joseph Calleja should not participate in glossing over what is going on. His audience in this April event Henley&Partners are advertising, will be multi-millionaires who will eventually be able to call themselves Maltese by paying for the privilege.

But Joseph Calleja knows that Maltese identity and citizenship is more than a huge cheque. It is the culture he grew up in and the society that supported him and applauded him as he grew to fame. He has always shown us he has not forgotten where he’s come from.

Previous:Journalists of the state
Next:Times of Malta Editorial: The writing on the wall