Journalists of the state

Of all the many ways that media freedom is compromised by state intervention in Malta, the most glaring is the false adoption of the term ‘journalist’ by propagandists of the state. They not only pretend to be journalists whilst serving the interest of their regime. They actively work to exclude genuine journalists and seek to discredit them.

This is why they called Daphne Caruana Galizia a ‘blogger’, using the word in a uniquely Maltese meaning, loaded with pejorative, derogatory baggage and stripped of the journalistic function of informing and analysing goings on.

It is not just politicians who did this. And still do. 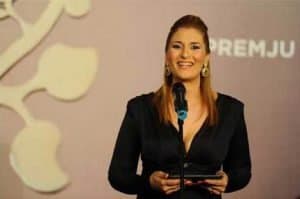 The President of the Institute of Maltese Journalists, Norma Saliba, spoke in an event I was present at about her desire to have a state-license introduced to limit access to journalistic activity to those permitted by the state.

No wonder her Institute is the only European association of journalists not actively arguing for international scrutiny of the investigations into the killing of Daphne Caruana Galizia. Unlike them, the local Institute never judged her to be a colleague.

Norma Saliba argued that state-sponsored regime was needed to ensure standards in journalism. But if those standards would be low enough to include her, as presumably she would affirm, no one need worry of exclusion on those grounds, which would make the exercise entirely pointless. The motivation of a state-license for the right to journalism is more sinister and certainly very suspicious in the hands of someone who comperes government propaganda events as Ms Saliba does.

The real intention is to deny the protection of media freedom to those who really need it, those who investigate the wrong doings of people in power and who criticise them for it. 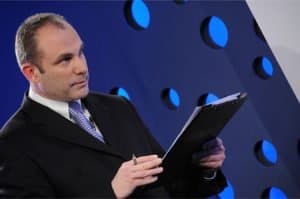 And then there’s Brian Hansford, another revolting example of state-serving propaganda dressed as journalism. His Facebook drip-fed Chinese water torture series on Maria Efimova over the last several weeks was as completely and utterly void of any information as it was most obviously intended to intimidate a whistle-blower and an insider source of information.

Because Brian Hansford is a so-called journalist who has no sympathy for sources but for the holders of the secrets which the sources reveal. That’s a bit like the Jewish volunteer guards beating their countrymen in the holocaust death camps for the amusement of the Germans.

And today’s Facebook post of his, turned momentarily away from his favourite victim — a whistleblower in hiding for fear of her life after the journalist she confided in was blown up in a car bomb — and onto journalists themselves.

Why, he asks, would a journalist be OK defending themselves in a defamation law suit in Malta but would not be OK doing the same in an American court? In other words why attempt to prevent SLAPP law suits if one is saying the truth?

He is obviously being disingenuous. He knows the answer to that question full well. Since he works for Joseph Muscat and Joseph Muscat is behind the SLAPP suits threatened or activated — read my earlier blog today to see my reasons for believing this to be the case — he knows he is under no risk of this affecting him in any way.

But the sheep who applaud him in his comments page, congratulating him for his nonsensical sophistry, do not apparently know the answer to that question, so perhaps, for their dubious benefit, it should be repeated.

If someone thinks they are right and a journalist is wrong about them, they do not need to sue in America. They can sue here. They sue in America precisely because the journalist they are suing is likely not wrong about them. But no media house in Malta, let alone an individual journalist, can realistically defend a law suit in America. No, Brian Hansford, you need to do more than fly to Arizona to testify in your own case, even though that alone costs most journalists pay for a third of a year.

You need to defend yourself in a trial, which will mean several trips and extended stays over several months and years which on their own cost many times over what a journalist earns or even beyond anything any media organisation in Malta except the one Brian Hansford works for — the state — ever could afford. But no one can realistically represent themselves in a trial. A law firm at the bar in the State in which one is sued must be engaged.

Even if not aspiring for equality of arms with the people who sued you, you are looking at legal costs of some 400 dollars an hour which, given that you have no credit in America, are typically provided from deducting from an upfront cash deposit that will amount to tens of thousands of dollars.

Contemplating even trying this is eye-watering. And it has been contemplated. Faced by this prospect The Times, The Malta Independent and MaltaToday all felt they had no choice but to submit to the pressure and re-write their stories in a manner that does not displease Pilatus Bank. It did not matter whether the Bank was right or wrong. Certainly the newspapers never accepted they had been wrong about anything they changed in their writing. They were just unable to defend themselves from even the threat of a law suit, let alone actually an active one.

To those geniuses applauding Brian Hansford’s logic, I say this. Do you think it is the journalist who suffers from this? Do you think that the silencing of a journalist due to these threats is a victory for you because your party and its leader can go on without facing criticism?

The one that suffers from a silenced journalist is you because you are being denied the information you deserve in order to decide tomorrow whether you still want to support your party and your leader.

I don’t care if you don’t want to know. I will speak to you in a language you might understand. If your sister knows your husband is philandering and has been around with other women, would you rather she told you? If your husband threatened your sister with harm if she ever let you know the truth, and your sister succumbed to that pressure out of fear of his reprisal, would you feel you have benefited from that development?

You may not know it, but if the media is not free, you’re the one to suffer.