The MAM should not be left alone

It is high time for the other unions to speak up about the privatisation of hospitals.

MAM, the doctors’ union, has issued a statement today (see below) reminding everyone how it has stood, mostly alone, against the dismantling of our national health service since this corrupt idea first popped out of Konrad Mizzi’s genius.  And how — so ironic this — the corruption scandals afflicting the same Konrad Mizzi since then, prevented any form of meaningful dialogue with government for MAM to put its points across.

For a while the UĦM stood with MAM. Now they appear to have different priorities.

MAM is far from the only union in the health service. Where’s the nurses’ union? Where are the specialist house unions? Where are the medical students? And where’s the UĦM, that represents the administrative staff?

And this is not a matter that concerns only health sector workers. Our national health service has over the last several decades ensured a minimum level of quality of life even for the poorest. It is the most important leveller and maintainer of social fairness in our community. There was a point where quality had reached such levels that Malta was ranked by the World Health Organisation as the fifth best place in the world for universal access to health services.

Why are we letting the doctors fight this alone? Why are we allowing the government to think this is only a bunch of PN-oriented doctors making a fuss and that it can go on with its plans?

Do not accept the excuse that this is a Konrad Mizzi mess, the government can’t get out of now. That is the line Chris Fearne is trying to use when promising MAM this sort of thing will not happen again and privatisations will stop after we’ve given away Gozo’s only hospital together with St Luke’s and Karin Grech.

The fact of the matter is this mess can be stopped now. The transfer from Vitals to Steward is only possible with explicit government consent. The government has every right, and frankly the duty, to withhold that consent. Vitals have not delivered on their contract and the government is entitled to take the concession back from them, not let them make money from choosing their successors.

Anyone who feels it their duty to protect basic citizen rights in this country should be demanding at least as clearly as the MAM is for the government’s consent to be withheld.

Give us back our national health service. 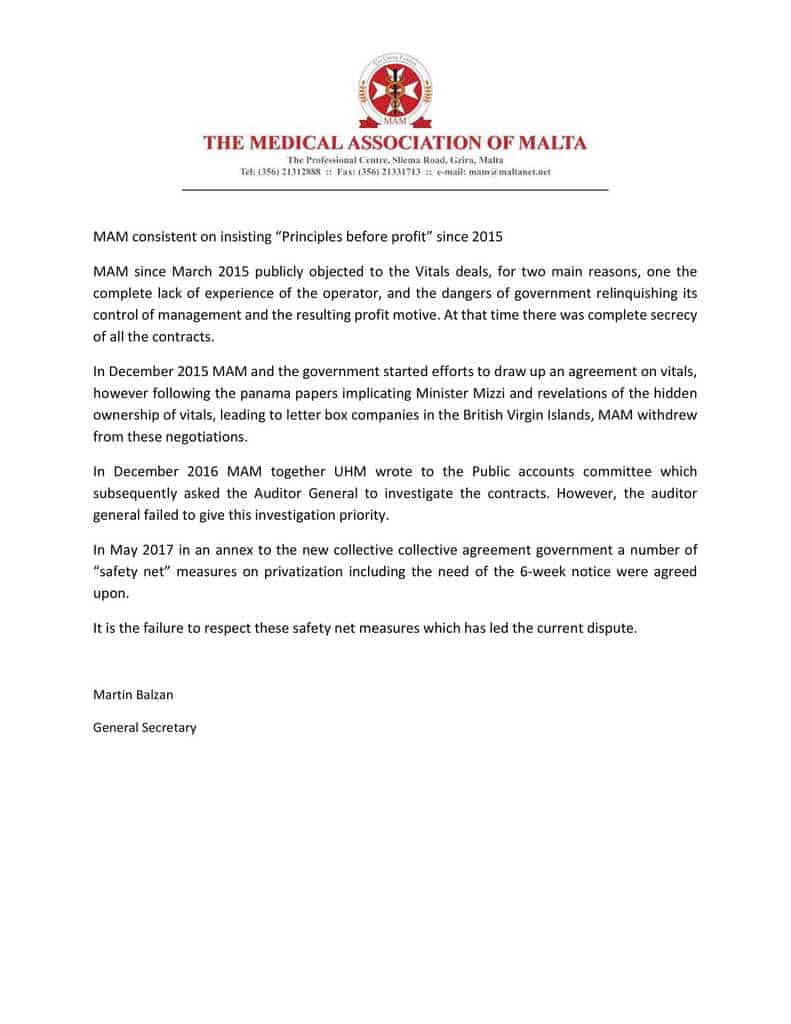 Previous:Nadur’s most wanted
Next:What are we supposed to think, Neville Gafà?