The National Constituent Assembly in the heady days of the French Revolution sat down to write the second ever constitution that would give sovereignty to the people. Upon concluding their great work, they resolved to forbid themselves from running for the legislative assembly of the new France. Their intentions were noble. They wanted everyone to know that the power entrusted to them to write what was then hoped would be the rulebook of a new France would have nothing that would favour their own personal interests.

There are many reasons why things may have proven better for many people if they had not been so fatally pure.

But there’s a lesson there from the genesis of constitution-writing in modern times. Writing the fundamental rule book by which the social contract between people and government would be executed is a very delicate matter. And it is extremely dangerous for the long term basic law to be put together with a view for the short term interest of the writers. 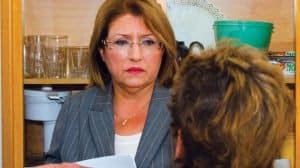 This is why I shivered when I read this morning President Marie Louise Coleiro Preca was quoted by sources that she perceived the coming changes to the constitution as an “opportunity”, for that is the word that was used, for the rule book to be rewritten so she could stay longer in office.

Term limits in constitutions are usually associated with positions of concentrated power. The United States’ twenty-second amendment limits the Presidents’ terms to two consecutive ones. They do it to avoid the spectre of populism where the people’s choice, even in a majority vote, may invite a dangerous situation of a single person’s domination of power for too long.

Our own presidential term limit is not concerned with any excessive penetration of power by our Presidents. They don’t have much to begin with. But the limit does ensure that the President’s restricted stay on the scene does not allow for enough time for the President to acquire enough moral or political authority to challenge the elected government.

If the thinking of the authors of this project is going to be about how the constitutional changes impact them personally we are guaranteed a disaster for multiple generations. This is indeed why constitutions exist, so that the basic rule book is not adjusted to accommodate the whims of incumbents. And that is what differentiates democratic constitutions from the dead-letter poetry of dictatorships.

Just today Xi Jinping of China arranged for himself, because he could, what Marie Louise Coleiro Preca aspires to: the Communist Party is looking to abolish term-limits for Chinese Presidents.

In Togo people protested to introduce term limits on their Presidents. Bolivians protested against Morales’ plans to stay on beyond his term. Revolution broke out in Burkina Faso over this. State police crushed protests in Uganda against the abolishing of term limits. The list of examples is never ending.

The reason for this tension is that politicians unchecked by constitutional limits rarely understand of their own accord when their stay is no longer welcome. Constitutions show them the door.

If Marie Louise Coleiro Preca’s plans for how her future might be affected by the upcoming changes to the constitution have such deep implications, consider what Joseph Muscat’s plans might mean.

This is not going to be an easy ride.