A day after billboards put up by #occupyjustice were pulled down by the authorities, the activists rallied in front of Castille with banners of the same messages and lay them at the Prime Minister’s doorstep.

“Prime Minister if you think you are going to silence us by pulling down our billboards, or by making a show of force to put the fear into every business person not to support our cause of fighting for the eroded justice in this country – you are mistaken,” said an #occupyjustice spokeswoman. 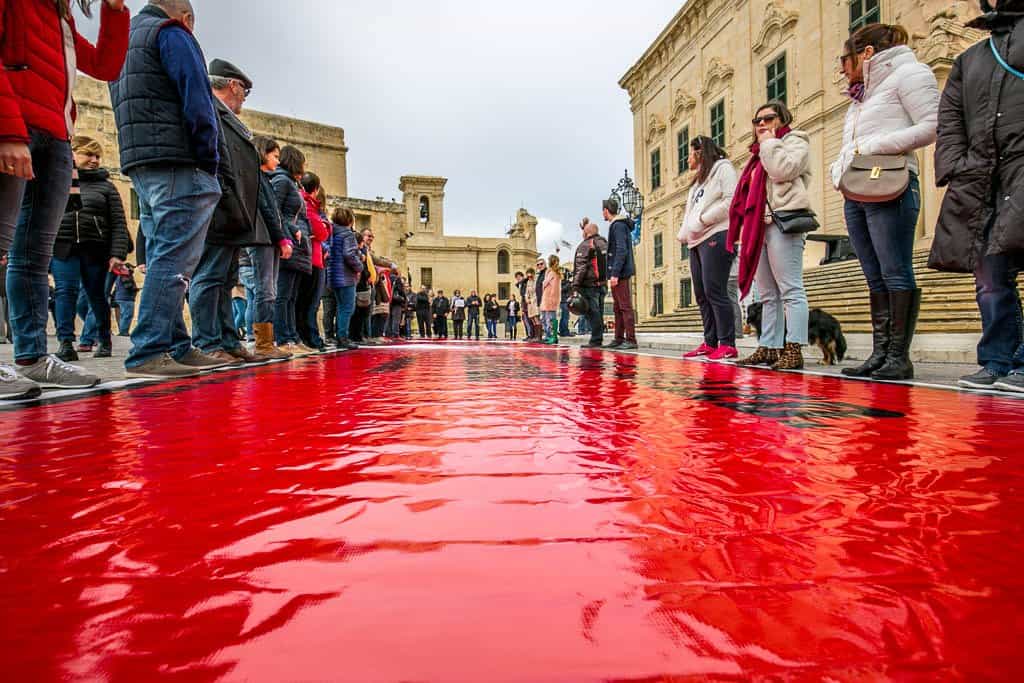 “Your trying to shut us up, your stamp of approval for the culture of impunity makes us stronger and more determined to fight for what is left of democracy in our country. But we won’t be intimidated,” they said.

#occupyjustice asked why after four months, Malta was still in in the dark as to who commissioned Daphne Caruana Galizia’s assassination just as she was uncovering corruption atrocities.

They asked the Prime Minister what was his vested interest in keeping Minister Konrad Mizzi and his Chief of Staff, Keith Schembri – both implicated in serious acts of corruption – by his side. “Why haven’t you fired them? What are you waiting for?” they demanded. 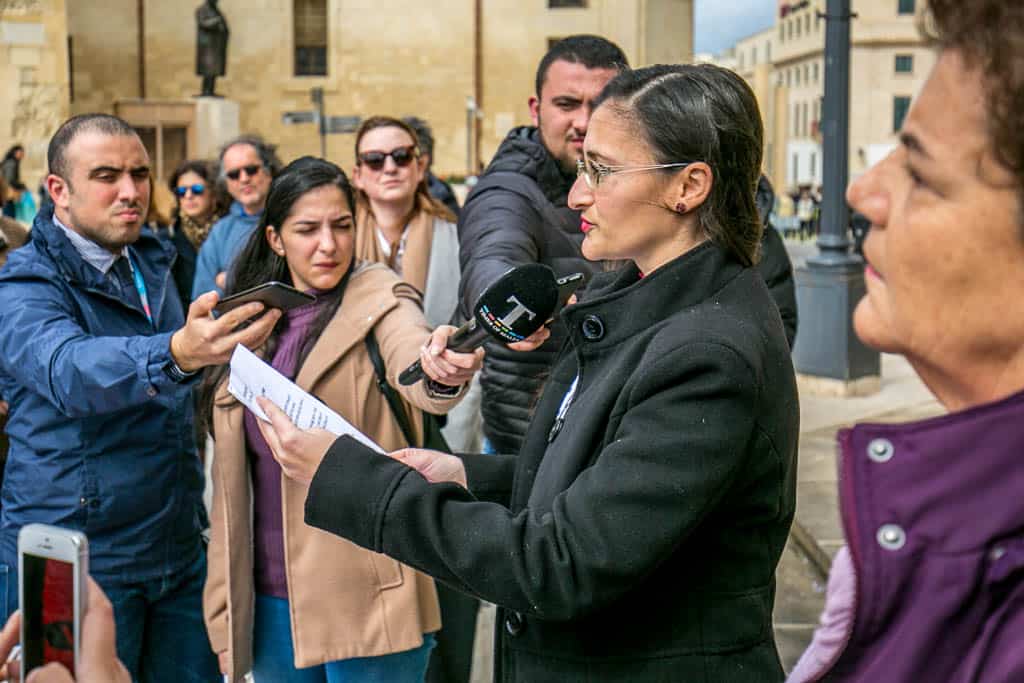 “On the February 16, we put up these messages on billboards. Those billboards were removed, with a disregard to our right to protest, our right to question the government’s disregard for the rule of law and our right for freedom of expression, only serves to cement our resolve to persevere in our cause.”

#OccupyJustice insist that they have not broken any laws by renting billboard space off a private company. All contracts were signed, all invoices and taxes were paid, and they were guaranteed that all billboards had the necessary permits. And yet, they question the PA’s timing when Malta is riddled with illegal billboards – billboards that have been used by political parties on countless occasions.

#occupyjustice is a group of activists led by women determined to not fight for what is right, for justice and for an end to the culture of impunity.

“We are #Occupyjustice. We form part of NO political party. We are activists who demand the highest levels of good governance from all those in authority.”

Previous:BILL BROWDER: Removal of #occupyjustice billboards “reminds me of Putin”
Next:Envy of the world? Not quite.